Next on The Scoop: Kong Recalls Aussie Sticks Over Mold Concerns

Or does he? The Royal Dutch Airlines ad campaign proves people will believe what they want to.

Royal Dutch Airlines hit Internet gold this week with a damnably cute video about its search dog, Sherlock, who is trained to return lost items to passengers at Amsterdam Airport Schiphol. The program works like this: When someone leaves something on a plane, like a phone or a book or a Monopoly board game or a bag of novelty keychains, Sherlock, using his “keen sense of smell” (E Online), sniffs the item and then dashes through the airport, busting his ass to find the owner of the item. 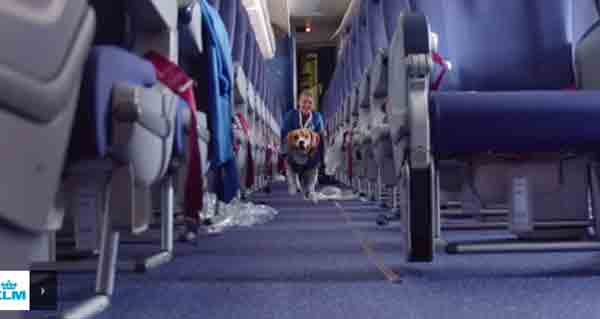 “Personally, I think he’s a real asset to the company,” KLM employee Chantel Kremersays in the video. “And he can really do something no one else can.”

The video showing the dog in action — and being trained — has racked up 5 million views, and it’s hard to watch without wishing you were in Amsterdam and left your hacky sack on the plane:

There’s only one problem with the video, a problem that burned in the heart of executes at Royal Dutch Airlines and particularly those at the creative team DDB & Tribal Worldwide, who created it.

There is no Sherlock. He’s a fake. A hoax. There is no Royal Dutch Airlines search dog at Amsterdam Airport Schiphol. We have been misled. Specifically, Sherlock is a dog actor, solely used for the video, which KLM spokesperson Joost Ruempol admitted after things started getting hot.

“The dog is purely used to symbolize the active way in which the team will search for owners and unite them with their lost possessions,” he said, according to Mashable.

The ad agency also fessed up:

“We were told that the members of KLM’s Lost & Found team sometimes track down passengers before they even realize they’ve lost something. We feel they are a bit like detectives. So to illustrate that KLM goes above and beyond for their passengers, we decided to involve a search dog.”

Looking back, it’s amazing that anybody even thought this was real. But everybody so wanted to have a dog carrying a lost phone dashing through the airport that they overlooked questionable things, like that ridiculous training session in the video.

One thing hasn’t changed, though: Sherlock is still damnably cute. Look at this dog: 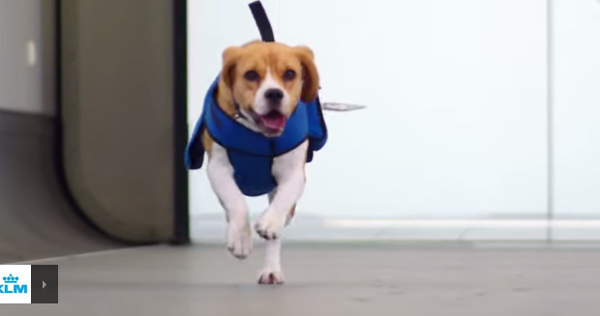