Next on The Scoop: For World Gratitude Day: Why We’re Grateful for Our Dogs

Grab a Tissue and Watch These Bonded Stray Dogs Get Rescued

In this touching video by Annie Hart, the bond between two strays is evident.

Videos of dog rescues in progress are a pretty small subgenre on the Internet. They’re far outnumbered by those that show people dunking ice water on their heads or misogynist threats against video game critics. When you find one, it’s usually a great way to give a lift to a day that’s starting to go all pear-shaped.

The video below by Annie Hart is a great example of a rescue in progress. You don’t have to save it for a rainy day; I recommend watching it even if you woke up this morning feeling precaffeinated with sunshine streaming in through your window and your breakfast of poached eggs and organic, free-range unicorn meat with extra sparkles was brought to you by wingéd cherubs. Even if your day is that good, it’ll make it better. 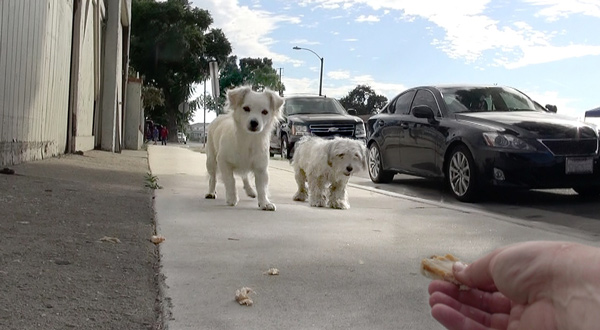 Hart is the founder of Rescue From the Hart, a Los Angeles organization. She was notified of two small, white pups wandering around a neighborhood in East Los Angeles. The locals tried to capture them, but the dogs eluded them.

The video is charming not only because it shows two dogs being brought in from the cold (figuratively speaking — it is Los Angeles, after all), but because the bond between the two becomes apparent very quickly. The friendship between the two and the way they depend on one another is more touching than simply watching the rescue. That bond is also what made the rescue difficult for Hart. 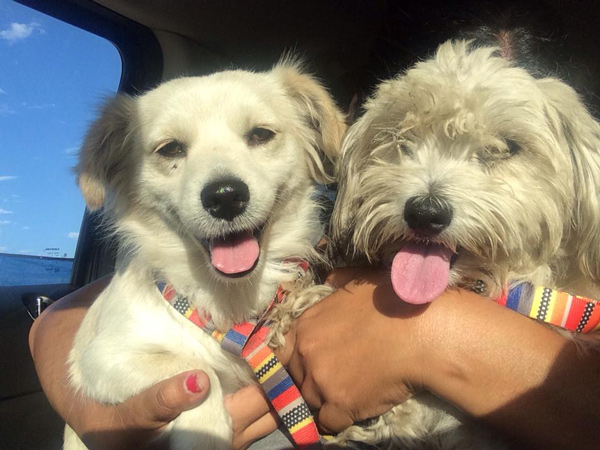 Hart explained the dynamic between the two dogs to The Huffington Post: “Chandler is very dependent on Monica and takes his cues from her,” she said. “As soon as he saw that she was in the trap, he came over to make sure she was okay and that we weren’t going to hurt her. And seeing that this was the case, he quickly offered himself up to be rescued as well. He really did want to make sure he got to go wherever she was going.”

Monica was the one who was much more skeptical about the big metal cage laden with cheeseburger, but Hart eventually gets her to go in and grab the goodies. After that, her companion is easy to get. 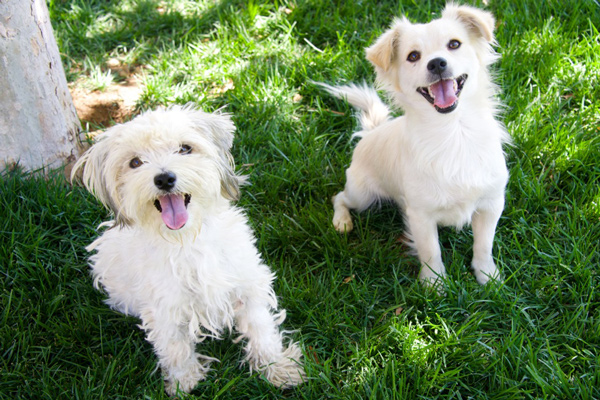 The bond between the two reminds me of Ares and Zeus, the rescued dogs from Florida who became fast friends on arriving in a high-kill shelter. If they hadn’t been adopted, they would have been euthanized in the early days of September. Monica and Chandler, on the other hand, seemed surprisingly happy to be out on the street, and able to handle themselves. That highlights a certain paradox in how we handle stray dogs: Even though we call rescue facilities “shelters,” it seems like sometimes dogs may be safer wandering on the streets. We hope that changes, and until then, we’re really glad to have people like Annie Hart working to keep stray dogs safe and happy.