Next on The Scoop: A Version of “Lost” We Really Don’t Like: Dog Marooned on an Island in Santa Cruz for a Month

Adorableness in Motion: We Hosted a Muttville Senior Adoption Event at Dogster HQ

We fell in love with the cute older dogs -- and San Francisco did, too.

We admit it: We have a soft spot for Muttville Senior Rescue. So when our parent company, Say Media, needed an organization to join us for an event called Say Gives, it seemed like an obvious choice.

And so earlier this week, the Muttville-mobile descended on Dogster, bringing with it some of the cutest senior dogs we’ve ever seen. Knowing that Muttville alum Beasley is somewhat of a star ’round these parts, Muttville board member Patty Staton brought some of her star senior Pekingese.

Including — but certainly not limited to — Buddy! 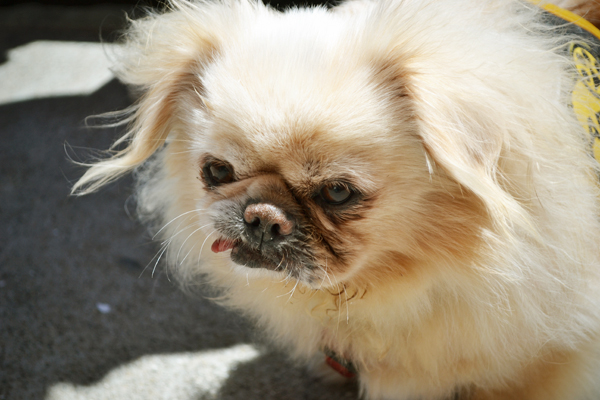 Buddy is a cause célèbre here at Dogster. With his “customized” countenance, Buddy first ambled into the heart of Community Manager Lori Malm, who refers to the elderly lap dog as Beasley’s boyfriend. You might be familiar with Managing Editor Vicky Walker as Catster’s resident Cat Lady, but even she could not resist Buddy’s unique charm.

Buddy looks kind of perfect in her arms, right?

(Don’t worry, we called her husband and began working on him.)

Also representing the Peke pride was Maylee, a slightly younger Muttville adoptable, who had enough spunk and energy to make up for Buddy and Beasley’s more low-key personalities. 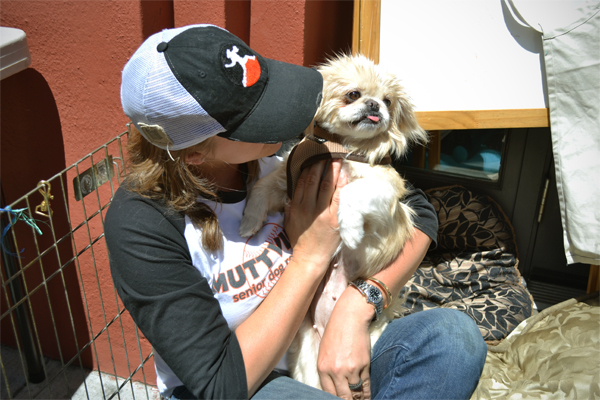 Amid the flurry of lap dog fervor, our Assistant Editor Liz Acosta was drawn more to Tess, an older hound dog with a sweet disposition who wanted to just chill out in the shade. Liz doesn’t judge smaller dogs, but she has a penchant for the bigger pups, having grown up under the protection of Akitas. 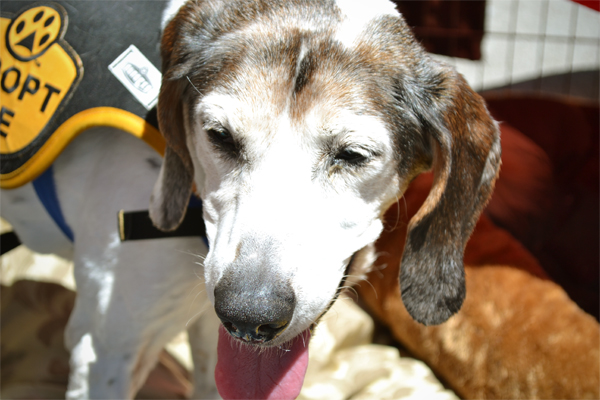 We set up a table outside the office and passed out Muttville fliers and Dogster stickers. Editor-in-Chief Janine Kahn took a pause from her work to join us in talking to people and raising awareness about the value of adopting senior dogs. (Associate Editor Keith Bowers would have been out with us, but he’s busy working on a brand new Cat Dandy column for Catster — you’re going to love it!)

At day’s end, we were sad to see the Muttville crew pack up and go but glad we got to spend a little time with them. We hope we persuaded a few people that, sometimes, it’s better to adopt an older dog than a puppy. If you’re interested in following or helping Muttville, visit its website and Facebook page.