Next on The Scoop: How to Help a Homebound Dog Owner on Shut-In Visitation Day

Denise Norton of Seattle might lose her house because of her buddy, Cawper.

Cawper barks. This dog who lives in north Seattle woofs and yaps, sometimes for a good amount of time. He’s a dog. Barking happens. But does he engage in “raucously, wildly bellowing, howling, and explosive barking,” as his neighbor claims in his 36-page court complaint?

Is he capable of barking at 128 decibels through double-pane windows, as is printed in this same 36-page complaint?

Have we mentioned that this neighbor’s complaint is 36 crazy pages long, over a barking dog? 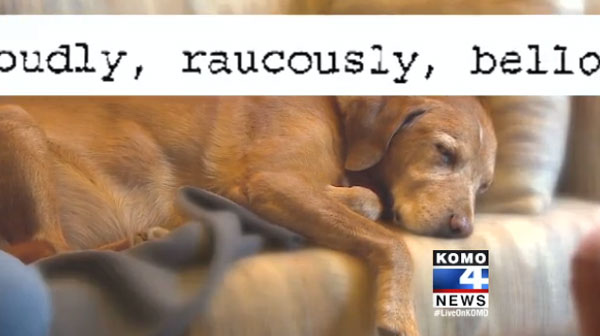 In any event, this neighbor did in fact file this behemoth of a complaint over Cawper’s yapping, according to KOMO News, and he sued Cawper’s owner, Denise Norton. And he won.

A half a million dollars! 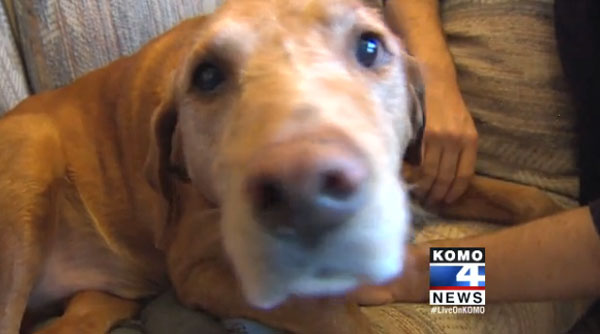 How? Well, a trick of a judicial system is that when someone sues you and you get served papers, you have to show up to court. Otherwise, well …

“You can bring a frivolous lawsuit and win if the other side doesn’t show up,” civil attorney Mike Fandel told KOMO News.

And that’s what Cawper’s owner did — she didn’t show up. And her neighbor was given a default judgment because his claims went unchallenged, according to KOMO.

“In my head, everything was so bogus that he’d been doing, I don’t know why, I just didn’t think it was real or something,” Norton said. 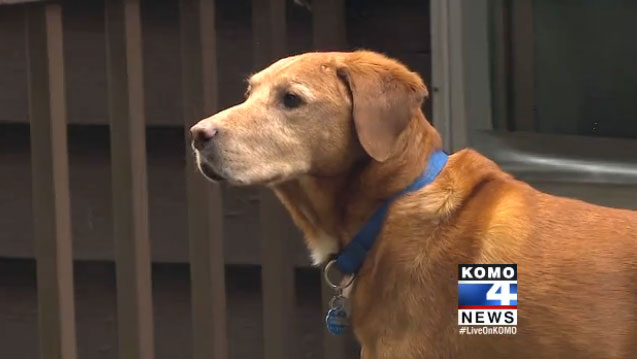 It was a costly oversight, and it became very real once the Sheriff showed up dropped the hammer.

“The Sheriff comes, puts the papers on the garage and the wall and everything and saying they were going to put the house up for sale,” Norton said.

And so began the long process of trying to unravel the judgment before she loses her house. Norton has hired lawyers and made many trips to court, but thus far she’s gotten nowhere, though a court date is pending. KOMO News attempted to contact the neighbor multiple times, calling and knocking on his door, but now it was his turn to never show up.

For her part, Norton is “flabbergasted” by the ordeal. “He’s just a loving, nice dog,” she said. 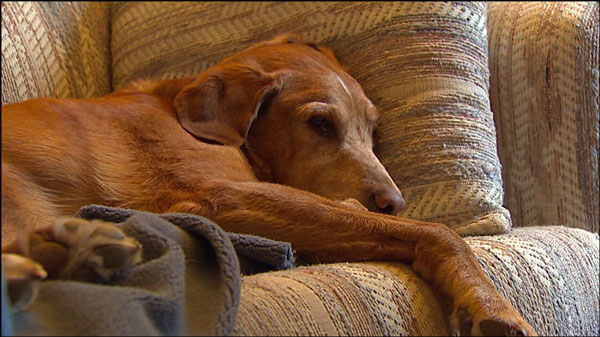 “I mean, does he look like he barks all day long?” she said.