Next on The Scoop: Let’s Talk Basics: How to Hire a Dog Trainer

Protesters vow to fight the law, enacted after a boy was killed by strays in Bucharest.

On Wednesday, Romania’s constitutional court ruled that a bill allowing stray dogs to be euthanized is now law, despite heavy protests by dog lovers, including animal rights activists, politicians, and actors, according to a story by Reuters.

In response to the ruling, dog lovers turned out en masse, blocking a road outside parliament and chanting, “May you have the same fate as the dogs!’’ Protestors also held signs that said, “Red card for Romania,” “Choose life,” and “We are not a criminal nation.” 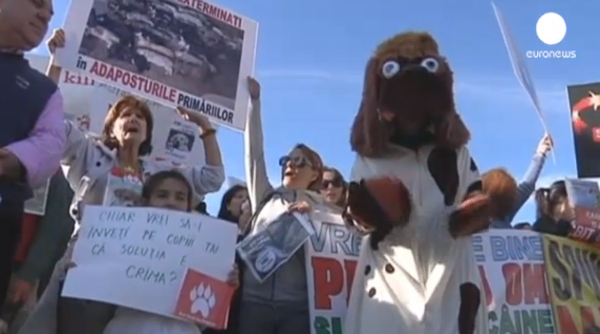 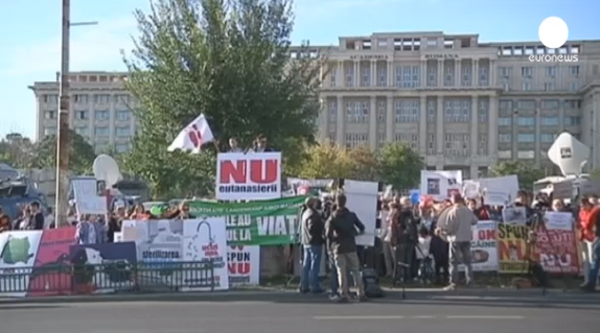 “We will consult lawyers and if possible … we will attack the decision at the international level,” Kuki Barbuceanu, project coordinator for animal welfare organization Vier Pfoten, told Reuters.

Romania has a serious issue with strays — between 40,000 and 65,000 are said to roam Bucharest. The numbers are believed to be the result of late communist dictator Nicolae Ceausescu’s decision to tear down districts of houses to build flats in the 1980s. Residents, forced to move into small apartments, had to abandon their dogs.

Animal rights groups believe that that spay/neuter and adoption is the solution.

“We should react rationally. All dogs should be sterilized, even those belonging to somebody,” said one protestor, according to Euronews. 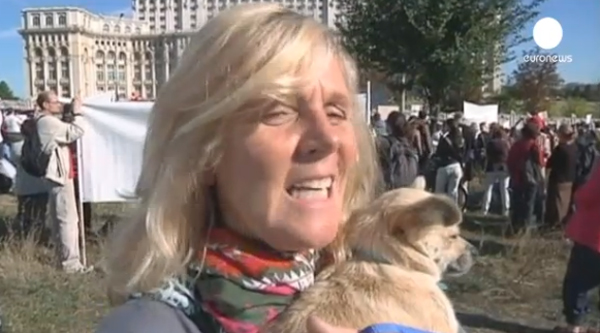 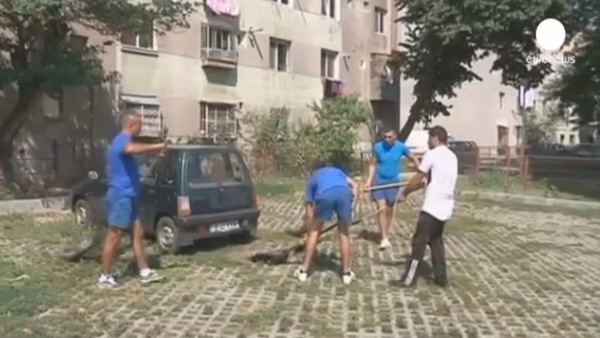 Under the law, stray dogs can be taken to shelters, and if not claimed within 14 days, they can be killed. The law comes on the heels of the death of a four-year-old boy earlier this month, who was mauled by strays on the outskirts of Bucharest.

“You cannot postpone a decision between a kid’s life and a dog’s life,” Prime Minister Victor Ponta told Reuters. “It is very clear that the decision should be to protect people’s life.”

Opponents point out that other Romanian cities have run successful sterilization programs.

Protests are expected to continue. Let’s hope they have some effect and lead the city down a different path than mass euthanasia. 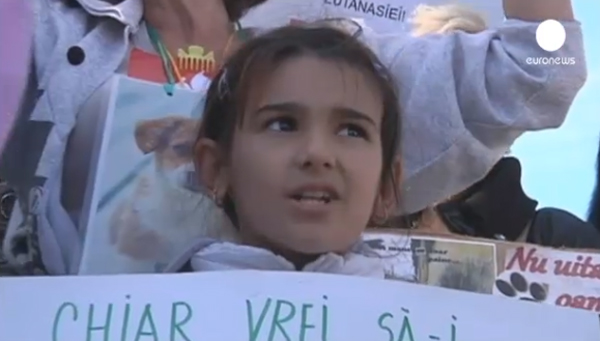 Via Reuters and Euronews

Posted in Boneheads, Laws and Dogs,