Next on The Scoop: How Many Hoops Must One Jump Through to Adopt a Sochi Dog?

A Teen with Cancer Hits the Waves with Surf Dog Ricochet

The Make-A-Wish Foundation sets up a memorable beach day for a teen with brain cancer.

When Caleb Acosta, a 15-year-old-boy with stage four brain cancer, got his shot with the Make-A-Wish Foundation, he said he wanted to go surf.

But Acosta wasn’t finished. He said he wanted to go surf with San Diego’s Ricochet the surfing dog, which is an altogether different and even better wish. You see, Acosta uses a wheelchair — he has very little strength in his lower body, due to a tumor on his spinal cord — and he’d have to lie flat on the surfboard while he rode the waves. Acosta wanted the dog on the board with him. Tandem surfing with a dog? Make a wish, Caleb.

Fortunately, Ricochet is an ace surfing dog. He was all, “Tandem? Bro, hop on.” 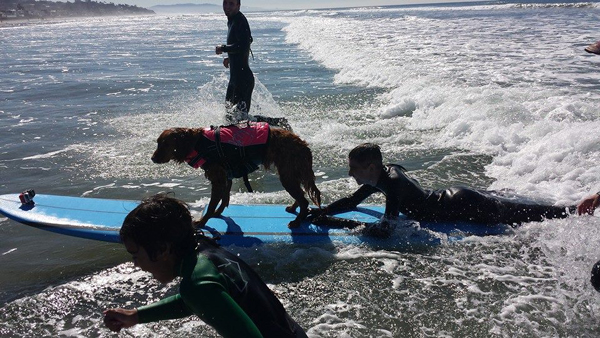 Caleb, who lives in Florida, learned about Ricochet after his aunt showed him a video, and he got an idea.

“It really made me so happy, to be like, ‘oh that’s so cool, I want to surf.’ It really inspired me,” Caleb told NBC San Diego. 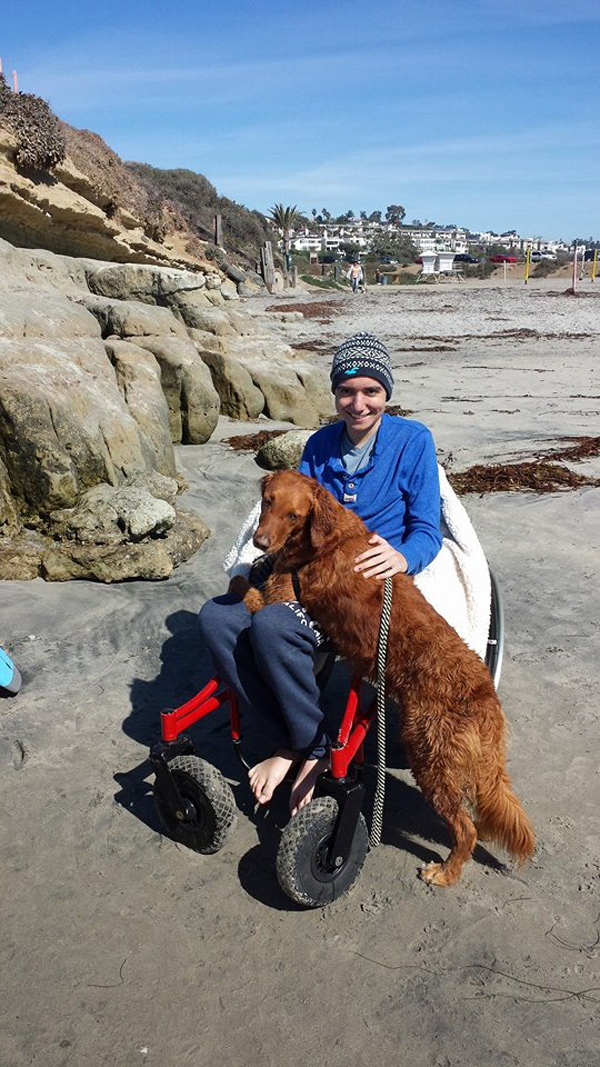 “It’s something I never tried before. I’ve never been able to use my legs that much, I just want to try it,” he said to San Diego 6.

He told his dream to the Make-A-Wish Foundation, and the group was on board. It flew Caleb to Del Mar and set up the session with Ricochet and his keeper Judy Fridono with nothing more than a single phone call.

“It’s a really good feeling knowing she can make somebody so happy and accomplish a dream,” said Ricochet’s owner Judy Fridono.

Once in Del Mar — after a trip to Disneyland — the pair headed out, guided by friends and family. Caleb and Ricochet rode a handful of waves on a picture-perfect Southern California day. 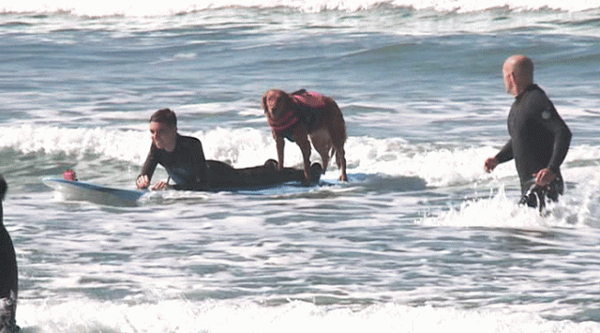 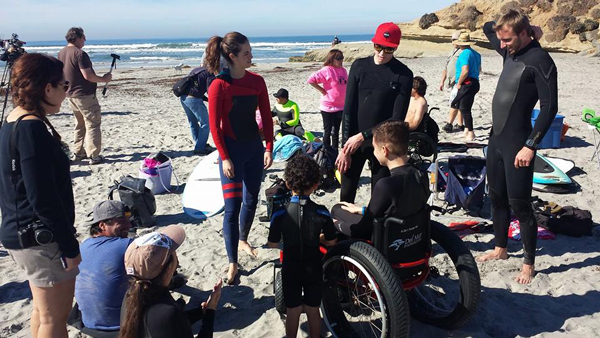 “It felt really good to be free, just to be not worrying about anything, having someone to be my balance,” Caleb said. “My goal right now is to eventually beat this cancer and tell everyone about it, how I beat this cancer.”