Next on The Scoop: European Inventor Wants to Get Power From Dog Poop
Pix We Love

At Wildlife Safari in Oregon, Dayo and Pancake spend their days together playing.

Today, the cheetah cub and puppy are inseparable. Not only because they get along very well — you should see these pictures we’re posted below — but because Dayo is now Pancake’s “permanent companion animal,” according to Wildlife Safari in Oregon, and the pair are on “display daily in [the Safari’s] walk-thru village area.” 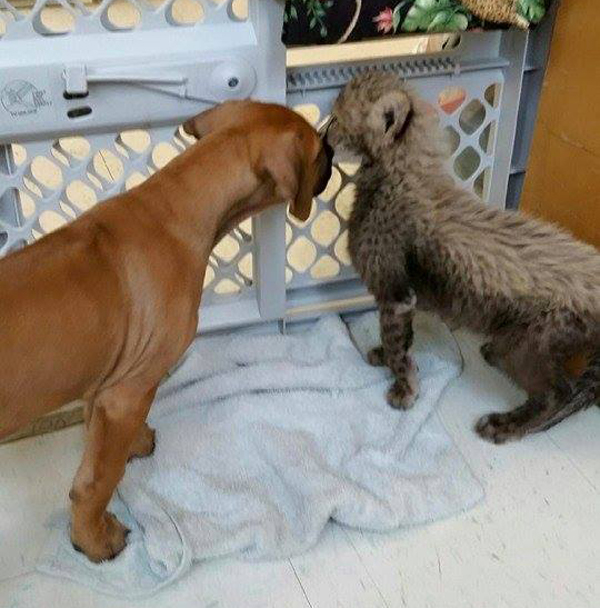 How did this adorableness happen? Well, it wasn’t an easy start. Pancake’s mom wasn’t able to produce enough milk for the newborn, according to ZooBorns, and she rejected the cub. Safari staff stepped in when Pancake was a week old and began hand-raising her, moving her into its nursery. After a few weeks, the cub moved into a keeper’s home to work on her social skills. 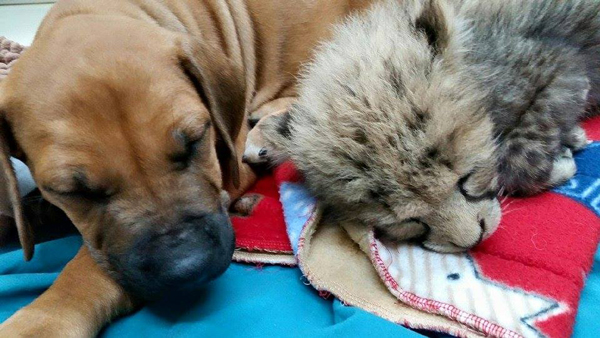 After a few weeks of that, with Pancake thriving, it was time for a more permanent companion: a puppy named Dayo, who had been lined up for the job from his home in the San Francisco Bay Area. He made the trip to Oregon on April 15, and the two have been best of friends ever since. The animals will grow to roughly the same size and are expected to live their entire lives together. 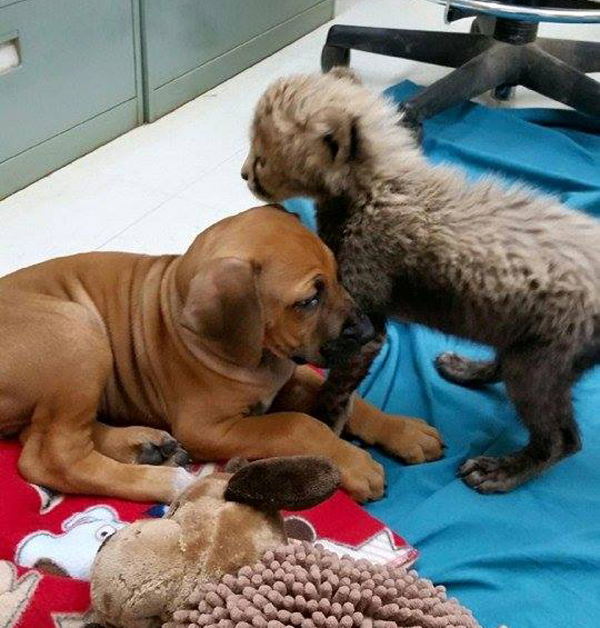 Staff plans on the two making public appearances as part of Wildlife Safari’s Cheetah Ambassador Program, with Dayo mixing it up with children and visitors while Pancake shows off her “dramatic and unique athletic prowess,” according to ZooBorns. 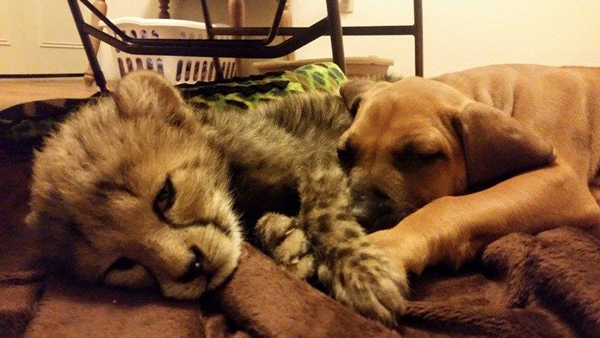 Watch a video of these two kids playing together: