Next on The Scoop: Meet the American Kennel Club’s Four Newest Breeds!

PuppySwap App Isn’t Real, But the Point It Makes About Dog Ownership Is

To reduce dog abandonment, Toronto Humane Society created a brilliant ad for a fake app that lets you trade in a puppy for a new one when he grows up.

It says something about the bizarreness of the Internet and the world at large that for the first 70 seconds or so of the PuppySwap video, part of my brain was debating how serious it was. Or maybe it just says something about how little faith in my fellow human beings I’ve been able to cling to in the last few decades. 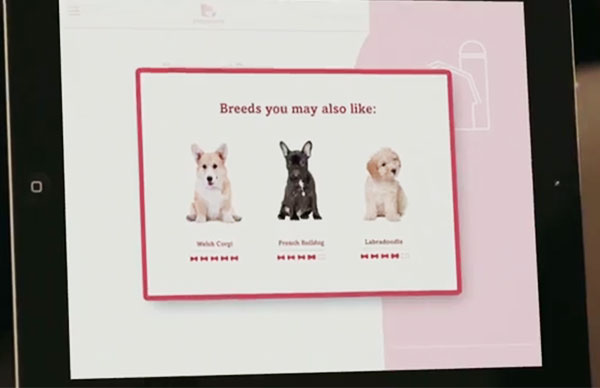 The video depicts an app that lets subscribers choose a puppy online based on “user ratings, adorability, or what’s currently trending.” But the appeal of PuppySwap is that it eliminates all the muss and fuss usually associated with owning a puppy. “The moment your puppy grows up, becomes a bother, or gets less likable, simply log into your account and swap out your old best friend for a brand new one.”

The idea is not without its appeal, actually. I sometimes wish that I had something like this for certain human friends. 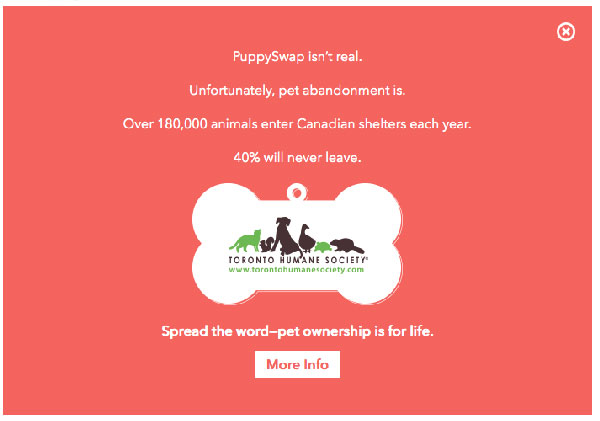 At this point, it bears saying again: PuppySwap is not real. The video was commissioned by the Toronto Humane Society to educate people about pet abandonment. The app may not be real, but the attitudes it depicts definitely are, and they have lethal results for thousands of dogs every year. On the PuppySwap web page, the Toronto Humane Society reminds readers, “Over 180,000 animals are surrendered to Canadian shelters each year, many by owners who were unprepared to care for a pet.” 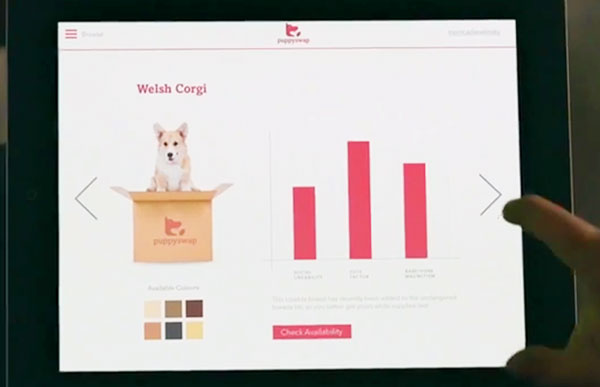 It’s a recurring problem, and the PuppySwap video gets it across brilliantly. Too many people have storybook dreams of what a dog should be like, based more on watching old reruns of Lassie or the Benji movies than the reality of what having a dog is actually like. 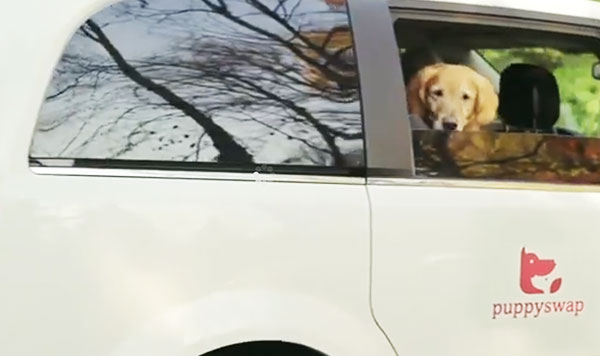 Pet stores are in many ways set up to deliver the exact kind of experience that PetSwap turns into an app. The adorable puppies crawling around in the window set you up for a fantasy of cute, cuddly pups at home, and the store itself offers instant gratification of that fantasy. One of the benefits of shelter adoptions is that all the fees and hoops you have to go through weed out a good chunk of people who want to buy the fantasy, instead of adding a member to their family.

If there’s one reservation I have about the PuppySwap video, it’s that as I say, it seems just too plausible. I have little problem imagining that some young hotshot looking for his first Internet million could watch the video and try to figure out a way to make it into reality. But then again, that very plausibility is part of the point that the Toronto Humane Society is trying to make. Congratulations to them for an educational video that cuts through the chatter and noise of social media so effectively.