Next on The Scoop: Ask a Vet: Is Tea Tree Oil Safe for Dogs?

The Vatican gave the relic of Pope John Paul II to a church in Abruzzo, and it has gone missing.

Sometimes there seems to be no end to the tasks that service dogs perform in law enforcement: search and rescue, detection of drugs and explosives, self-defense, cadaver searches, and so on. Today, Italian police have a bunch of their dogs on the hunt for blood. Specifically, the dogs are looking for the blood of one man: Pope John Paul II, who died in 2005.

Anyone who knows anything about the Catholic Church knows that Catholics love their relics. Along with the world-famous Shroud of Turin, Europe is full of reliquaries that contain the bones of saints –in addition to hands, forearms, hair, and other body parts. There are numerous relics purported to be the Holy Prepuce, that is, the foreskin of Jesus, left over from his circumcision. During the Middle Ages, there were enough fragments of wood claimed to be from the True Cross that one could have built an entire armada. 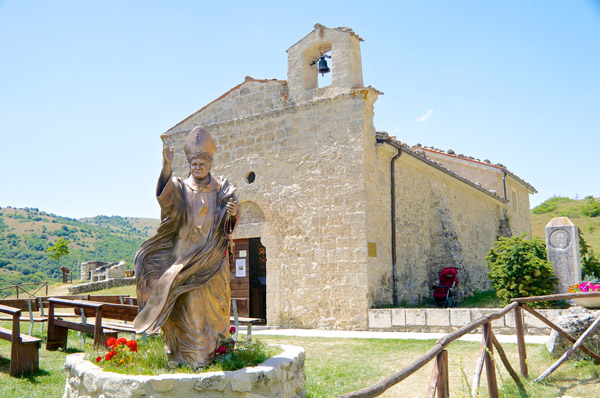 In this particular case, the Italian police have called out the dogs to find a piece of cloth that was stained with the blood of Pope John Paul II when a gunman tried to kill him in 1981. It has been kept in a small church in the Abbruzo region of Italy since 2011, when it was given as a gift by the Vatican following a devastating earthquake. Abruzzo was beloved by the Pope for his holidays when he was alive.

Pope John Paul II is going to officially become a saint in April, according to the Vatican. The reliquary with his blood — only one of three — will become even more valuable afterward. 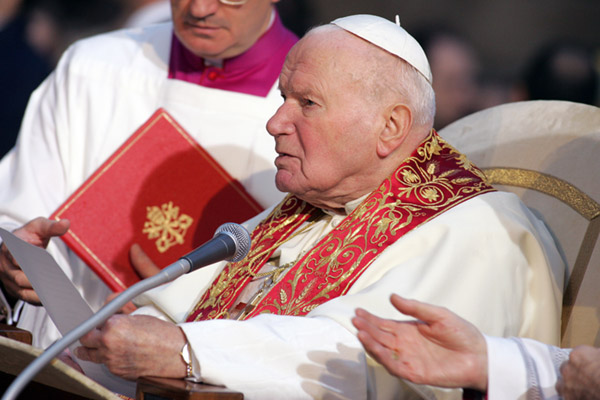 Speculations on the motive for the theft include simple profit as well as groups intending to make a statement on the eve of John Paul’s canonization to Satan-worshipping cults that want to use it in a ritual. 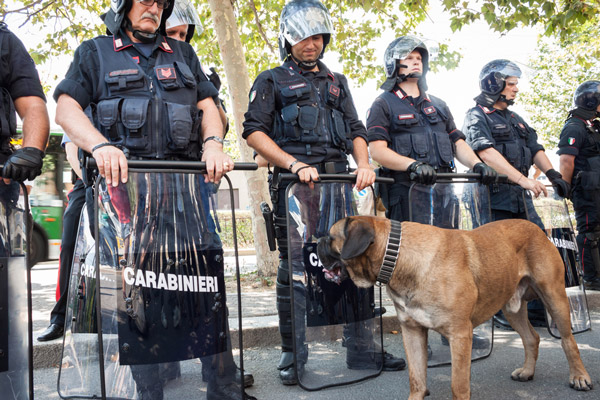 Whatever the reason, the hunt continues. Dozens of officers accompanied by sniffer dogs have spread out over the mountainous region, looking for clues. While it might be a unique case, the job itself isn’t unusual for police dogs.