Next on The Scoop: With the Sam Simon Foundation, “Simpsons” Co-Creator Dedicated His Life to Dogs

Meet Amy, a Pig in a Puppy Class

Amy is a star pupil, and even performed at the Seattle Kennel Club Dog Show.

One of the dogs is not like the others in the puppy class at Family Dog Training Center in Kent, Seattle. Because she’s a pig. A pig in a dog obedience class. 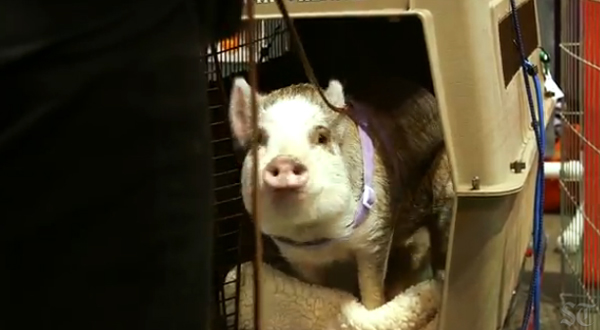 Rumor has it, the 45-pound miniature pig is the smartest animal in the class. Pigs are smart. Amy is smart. She only has to be instructed a couple of times before she picks up something new, according to the Seattle Times.

Owner Lori Stock is the mastermind behind enrolling a pig in puppy class. Amy only had to be willing — and housebroken. “Amy will work for lettuce. There’s nothing I can’t teach her,” she told the Seattle Times.

In the class, which Amy attends twice a week, she’s learning how to be a good puppy. She’s learning obedience along with an obstacle course, which includes:

She’s also learning something from the dogs — how to sit. Pigs usually like to lie down. Now Amy sits with her classmates.

Recently, she made her debut at the Seattle Kennel Club Dog Show, performing in a demo with her classmates, even completing a dance routine.

“I’m a little nervous, a little anxious to see what happens, because this is unproven right now,” Stock told the Seattle Times before the demo. “We don’t know what Amy is going to do.” 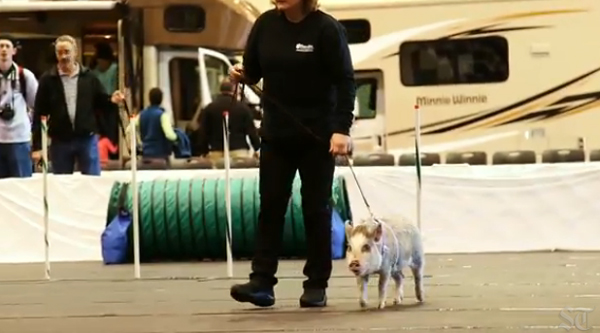 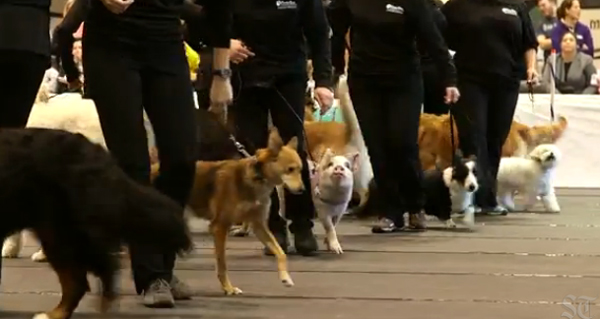 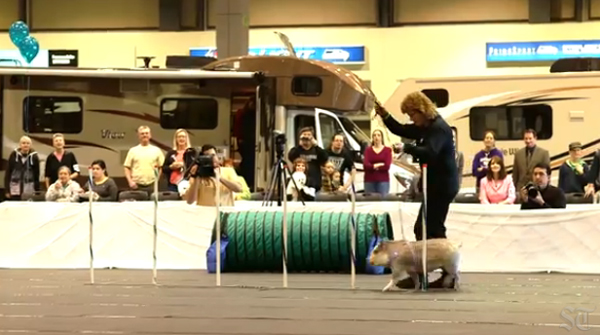 Amy is clearly quite the pig. “Outgoing, affectionate, and darn cute,” Stock said. Amy spends the rest of her time in an indoor run at Stock’s house, and she receives daily training at home.

“The indoor pig sounds exotic and cool. But it is a lot of work.”

Here are more photos of the dog show with the pig: 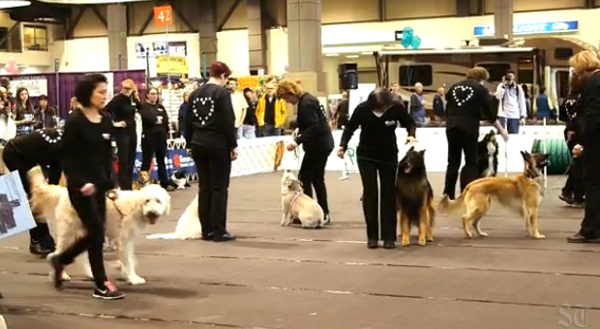 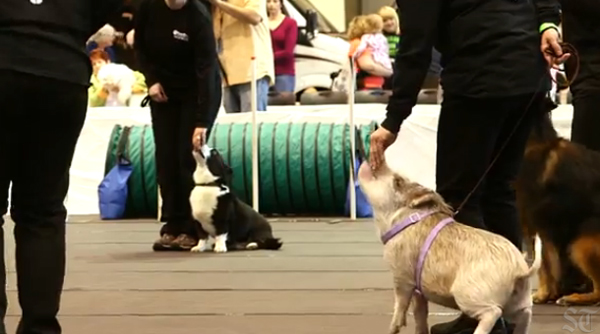 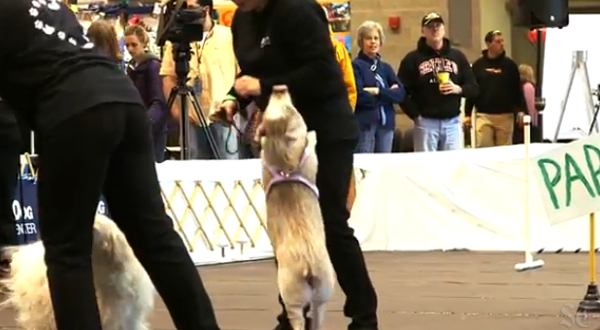