Next on The Scoop: Dog Delivery by Drone Isn’t a Thing, But You Can Order Puppies Through Uber Today in Canada
Pix We Love

Serenah Hodson Takes Pictures of Dry Dogs — and Wet Ones 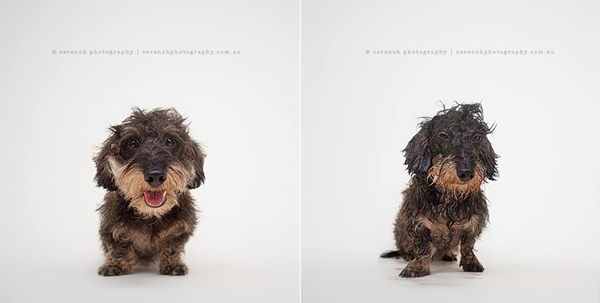 Well, the same goes for dogs. They are aren’t shy about showing us their true feelings when we’re doing something weird to them, and you can add “modeling wet” to that list. At least, that’s the feeling that many of the dogs in Australian photographer Serenah Hodson’s new series appear to be conveying. “Did you have to do that?” they seem to be asking, sopping wet, as Hodson gets behind the camera and starts clicking away. “I was so happy dry. I was so dry dry.”

Of course, Hodson is a pro, so all these dogs were treated wonderfully during the shoots. She told Huffington Post that she loves taking pictures of dogs because “they have no hang-ups. They don’t put on an act, they don’t complain about an unflattering photo and most of all, they make me happy.” She says she got the idea for the Dry Dog Wet Dog series when she was washing her dogs and noticed how the addition of, oh, maybe a half-dozen gallons of water brought out a different side of their personalities.

“The dogs that look the grumpiest to me — Henri the Dachshund and Garfunkel the French Bulldog — are the dogs I know very well. And I know they don’t hold a grudge when treats are involved,” says Hodson.

So enjoy these photos knowing that treats were involved: 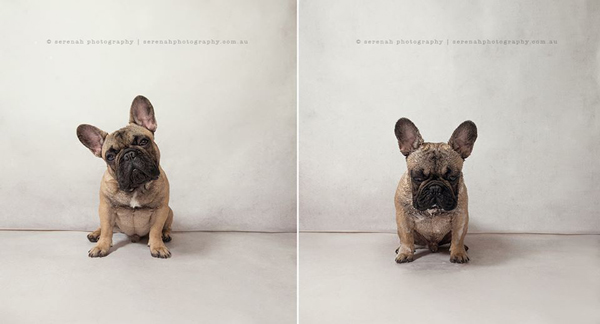 Posted in Pix We Love, Lists, Dogs in Art,