Next on The Scoop: Why I Give My Dog Heartworm Preventative Medication Every Single Month

PETA Kills Animals and Lies About Health — Why Do People Take It Seriously?

PETA's ad linking dairy products to autism is another example of how the group exploits humans and animals for its own gain.

If you care for either animals or people, here’s some solid advice to take to heart: Stay away from PETA. Don’t donate to the group. If you’ve already sent a check or approved a PayPal transfer to them, cancel it now. Don’t speak kindly of PETA in everyday conversation. If you’re involved in a nonprofit or community organization, don’t let PETA get more credibility by attaching itself to your events. If you can, keep PETA away from your children and pets. It is, without a doubt, one of the most parasitic, exploitative, and hypocritical organizations ever to be treated as legitimate by the mainstream media.

Does this sound harsh? Do you think that I’m needlessly bashing a bunch of basically decent people who I just happen to disagree with me on a few points? Then stay tuned. I haven’t even gotten started.

For years, PETA has used a mix of pseudoscience and exploitative media campaigns to grab headlines. Allegedly it’s all for the cause of animal rights, but ultimately, its legacy is built more on flattering wealthy and privileged human beings while degrading and dismissing marginalized people.

Volumes have been written on PETA’s use of sexist and racist media strategies in order to get a quick headline. Its most recent gimmick, an ad that implies that drinking milk causes autism in children, exploits fear and misinformation about disability.

Actually, the ad isn’t even a new one: It’s from 2008, when PETA displayed it on a billboard in Newark, New Jersey. It came down within a week because it drew so much fire. Either PETA doesn’t learn from experience, or it just doesn’t care (I’m betting on the latter), because last month it dusted the ad off and gave it another run. 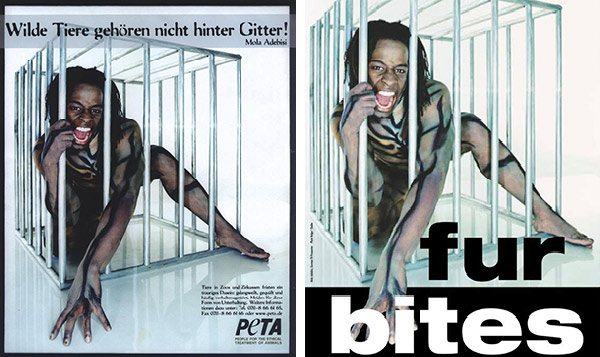 On his blog Science-Based Medicine, Steven Novella masterfully debunks the so-called “science” that PETA uses in the ad and the website that links to it. I recommend you read the whole thing, not only because of this specific issue, but because it’s an excellent case study of how science can be distorted and misused by people who care more for an agenda than for the truth.

For instance, Novella notes that PETA’s website sounds as though there is an established and broadly accepted link between dairy products — specifically, the gluten and casein in cow milk — and the onset of autism. There is not. In fact, a 2014 review that includes the studies cited by PETA concludes that the evidence that gluten and casein-free diets benefit autistic children “is currently limited and weak.”

Novella writes that “The pattern of evidence reveals that the methodologically poor studies, ones that are liable to confirmation bias, show some effect, but the properly blinded studies tend to show no effect.” Usually I follow the rule that one should never attribute to malice that which can be explained by incompetence, but this is different. Given the actual science, this doesn’t deserve to be called an error or an honest disagreement: PETA is lying about dairy products and autism in order to whip up fear in parents and raise funds. 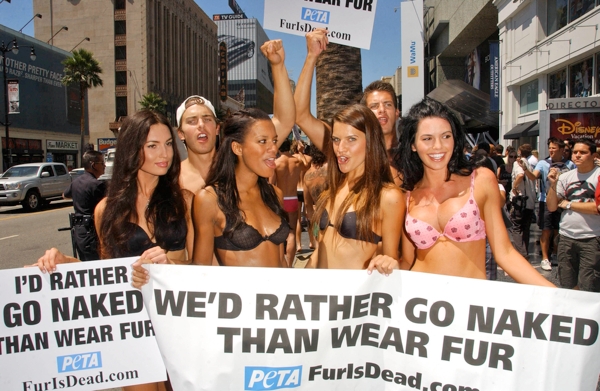 Some people have called this PETA’s worst ad yet, but there’s so much competition that it’s a hard call to make. Is this really worse than its anti-circus ad, which showed a bestial-looking black man in a cage? Or when it filed a lawsuit trying to free orcas from Sea World based on the 13th Amendment’s outlawing of slavery? Or the numerous examples of exploiting provocative T&A shots to sell its message? It’s hard to say.

But one thing is easy to say: Animal lovers do not need PETA. There are scores of organizations out there who put much more effort into helping animals, and who seem to have more respect for their fellow human beings as well. Although PETA is vocal about not killing animals for food, it has the blood of thousands of dogs and cats on its hands. In contrast to the nationwide trend toward no-kill shelters, PETA has steadfastly refused to stop euthanizing animals at its shelter in Norfolk, Virginia. Not only does the shelter kill an estimated 2,000 animals per year, according to The New York Times, but state records show that in 2012 it adopted out 19 cats and dogs, and 24 in 2011.

The more you look at PETA’s history and tactics, the more it’s apparent that the group exists less for the welfare of animals than to salve the consciences of wealthy humans. Everyone else — dogs, cats, the disabled, people of color, women, the poor and marginalized — are ultimately disposable when they’re no longer of use. Let’s stop pretending that PETA is legitimate.

If you find that you do have some spare cash and want it to go to help animals, here are some groups to consider:

Via Science-Based Medicine, PolicyMic, and the New York Times

2 comments on “PETA Kills Animals and Lies About Health — Why Do People Take It Seriously?”