Next on The Scoop: Ask a Vet: Why Are Toy Magnets So Dangerous to Dogs?

These Pet Portraits Are Paying to Save a Dog From Cancer

Ten months ago, Shaun Mitchell found out his Boxer Charlie has cancer. The self-taught artist has started selling dog portraits to pay for his care.

There isn’t anything nice to say about cancer. The very fact of its existence makes me hot with anger, even though I long ago gave up on the idea of a just or benign universe. I hate the fact that it not only kills people and animals who should live, but does so in a painful and degrading manner. Almost as bad is the fact that thanks to the abysmal state of health care in our country, it reduces many people and their families to a life of poverty. 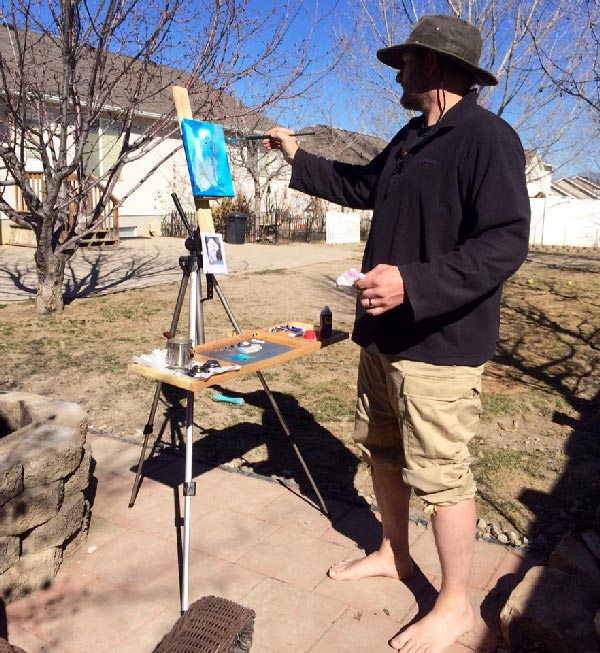 Charlie is a five-year-old Boxer with cancer. Specifically, he has lymphoma, which is highly aggressive. To keep him alive, his owner Shaun Mitchell has to pay for expensive treatments. Under normal circumstances, the cost of those treatments might be prohibitive, but Shaun has launched a unique fundraising venture to save Charlie’s life. A self-taught painter, Shaun has begun offering custom pet portraits at $40 apiece to pay for Charlie’s medical expenses. 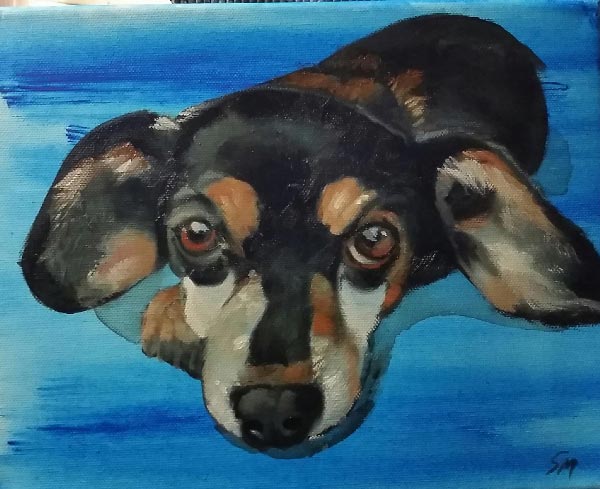 The diagnosis first came in about 10 months ago. The treatment that Charlie has been undergoing since then is highly experimental and requires Shaun and wife Tasha to drive Charlie 400 miles from their hometown of West Jordan, Utah, to Las Vegas. In February, looking for a way to pay for Charlie’s treatments, Shaun put a flyer up in a local store. Tasha also put it on social media. That was when things really started to happen. “Over the weekend, it went up to like almost 200 people sending in emails going, ‘How do we get paintings? We want to do this. We want to help Charlie,'” he told local television station KSL. 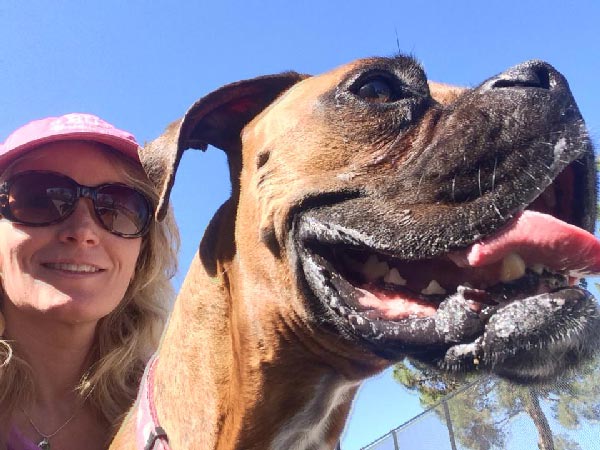 Since then, the demand has only increased. Orders for painting are coming from as far away as New Zealand and Australia. He now says that he’s committed to doing three paintings a day for 166 days.

At this rate, Charlie might just stand a fighting chance. Even with the best care, there’s no saying what might happen with cancer, and his treatment is experimental, but it’s still more of a chance than he would have if he were just sent home with no treatment at all. For a lot of people and animals, that’s exactly what happens. 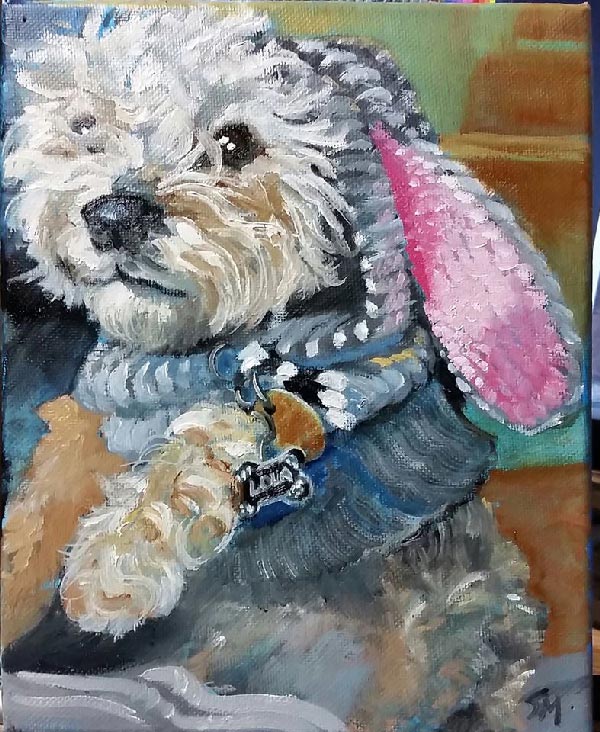 The demand for paintings is getting a little overwhelming, especially now that the story of Charlie is beginning to spread in mainstream media as well. Last Friday, Tasha wrote on Facebook, “With all the exposure we’ve had this week, we have been getting tons of requests, and we appreciate all of you! Shaun is working hard to get to emails and messages, but he’s a bit behind with it all. He WILL get back to you as soon as possible, it just might take a day or two or three.” 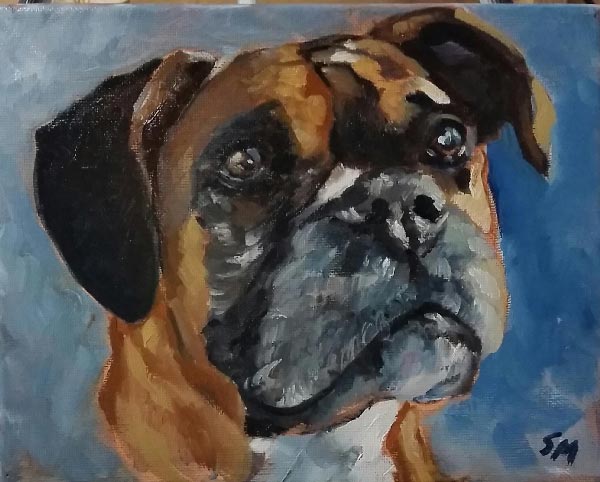 If you’re interested in getting a portrait, Shaun is still taking orders. The standard size is an 8 by 10 canvas for $40, but custom sizes are available on request. Shipping within the continental U.S. ranges from $10 to $15. Requests and questions can be sent to paintsforcharlie@gmail.com.