Next on The Scoop: Animal Activist Sandy Lertzman Commits Suicide with 31 Dogs

In a Town Known for Vampires, a Battle Rages over a Dog Shelter

In Forks, Wash., the setting for the "Twilight" novels, the Olympic Animal Sanctuary is called a "hellhole" by some but praised by others.

Forks, Washington, is a town with a population of about 3,500. It’s best known, to those who know it at all, as the setting for Stephenie Meyers’ Twilight vampire novels.

Other than the well-known feud between Team Edward and Team Jacob, one of the biggest controversies in Forks is centered on the Olympic Animal Sanctuary, a shelter that serves as a permanent home for dogs that can’t be adopted because they’ve been declared vicious or violent. Owner Steve Markwell says that Olympic is the last chance for dogs that would otherwise be euthanized, because no one else will take them. However, an increasingly vocal group of ex-volunteers and supporters disagrees: These people say that Markwell is running a “hellhole” for dogs. 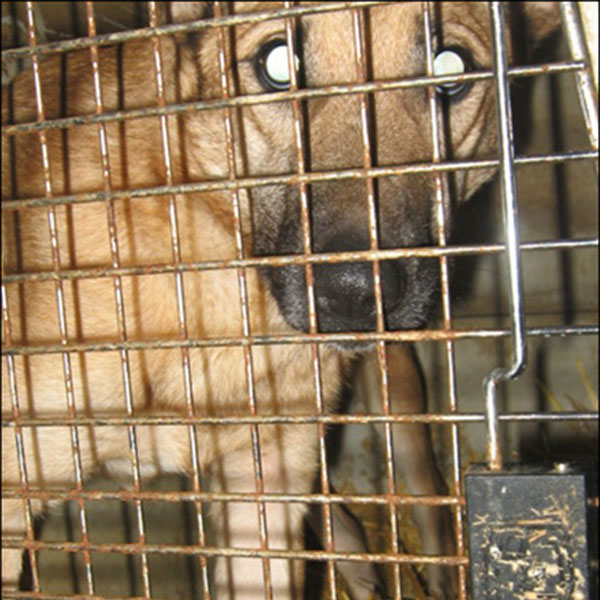 Markwell’s critics have created a Facebook page on which they document what they claim are grossly abusive practices within the Sanctuary. The Forks Police Department has investigated but says that there’s not enough evidence to prosecute Markwell on cruelty to animals charges.

According to a news report broadcast by Seattle station KOMO, although the police report concluded that there were no violations of law, during the investigation, Markwell told officers that the dogs were fed every other day on raw animal meat. The meat, he said, was not kept in a freezer because it had broken down. KOMO also quoted a police officer in the report saying that the shelter had “an overwhelming odor of urine … so strong that my eyes began to tear up and I began to cough.” The officer also said that “the majority of crated dogs didn’t have access to water.” (Makes us wonder what exactly would be enough evidence to bring an animal-cruelty charge.) 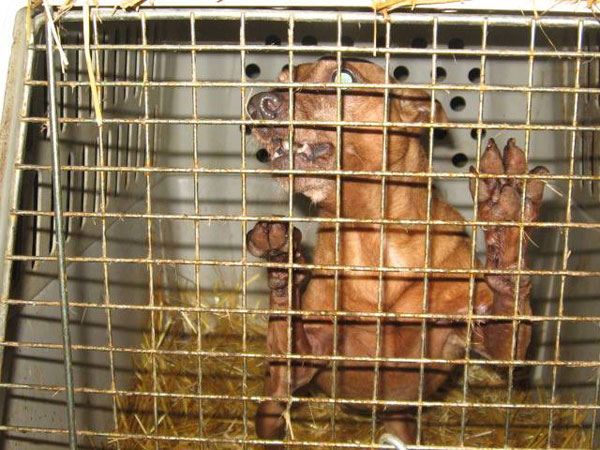 Photos taken by volunteers and police show a similar portrait of the inside of Olympic Animal Sanctuary: dogs in small, dirty cages; travel containers stacked on top of each other; animals looking unwashed and afraid.

To be fair, an article in Inside Bainbridge does paint a very different picture of Markwell, as a hard-working and dedicated man, and the contrast between their photographs and those published by the activists and the police department is like night and day. (Not published here, due to rights issues.)

The KOMO report doesn’t give a confirmation one way or another: Markwell wouldn’t let them in, and he is known for being very secretive about allowing people inside the shelter. However, it may be telling that when a New York shelter paid to bring three dogs to the East Coast so that they could hopefully be placed in permanent homes, they wound up euthanizing two of the dogs because they were in such bad shape. 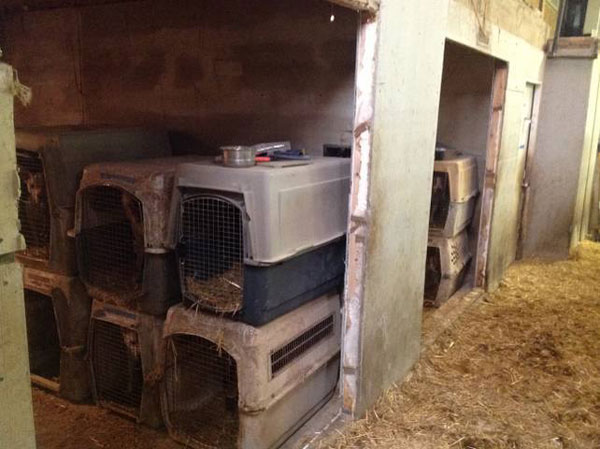 Markwell’s supporters have their own Facebook page, in which they counter the efforts of who they call the “haters.” Markwell himself describes the accusations as “malicious misinformation.” For now, the feelings don’t show any signs of dying down on either side, and the Sanctuary remains open.

Via KOMO, Inside Bainbridge