Next on The Scoop: 5 Ways My Dogs Travel With Me — Even If I’ve Left Them at Home

Let’s Play Headline BINGO: This Story Involves a Dog, a Blind Woman, and a Nudist Colony

A Florida condo association wants Laura the Black Lab out because she's over the weight restrictions.

In most neighborhoods, you’ll get in significantly more trouble for walking with no clothes on than for simply taking the dog out for a stroll. That’s true even where I live, and I reside in freaking Berkeley. Around here, you can get away with almost anything so long as you sort your recycling correctly.

But for Sharon Fowler, the situation is the exact opposite. She rents a condominium in a nudist colony, and while she’s quite free to take a walk in the buff, the management of Paradise Lakes Resort (NSFW link) wants her black Lab, Laura, gone, on the grounds that she exceeds the 25-pound limit for pets. 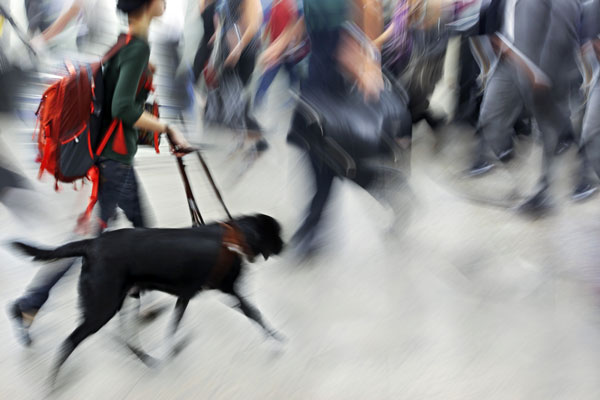 But Laura isn’t just a pet. She’s a service animal who helps Fowler get around every day. A condition called Churg-Strauss Syndrome, which causes blood vessels to inflame and cut off circulation to organs, has blinded her, and she is in the process of going deaf. Since she was diagnosed four years ago, she has undergone 13 operations; she takes 15 medications daily.

“Laura is literally Sharon’s lifeline to the outside world,” her husband, Craig, says. “It keeps her from being restricted, and able to function. As long as Sharon is with Laura, I have no worries. I know she is in more than capable paws.”

The Paradise Lakes Condominium Association doesn’t see it that way. In August 2012, it sent a letter to the Fowlers’ landlord, telling him not to rent to the couple because of the dog. If he did, the association said, he would be fined $50 per day.

When the Fowlers moved into the community, they were required to complete an application and undergo a background check, during which they they disclosed Laura’s weight (about 70 pounds), and Sharon’s need for her. But since then, the management has demanded more documentation about Sharon’s medical condition. Shortly after the letter was sent to her landlord, Sharon Fowler went into the office to deal with an unrelated matter. The manager, she says, began questioning her about her condition and why she needed Laura.

“I was in tears and becoming hysterical,” she told the Tampa Tribune. “It was intimidation. He was drilling me and drilling me over and over again.” 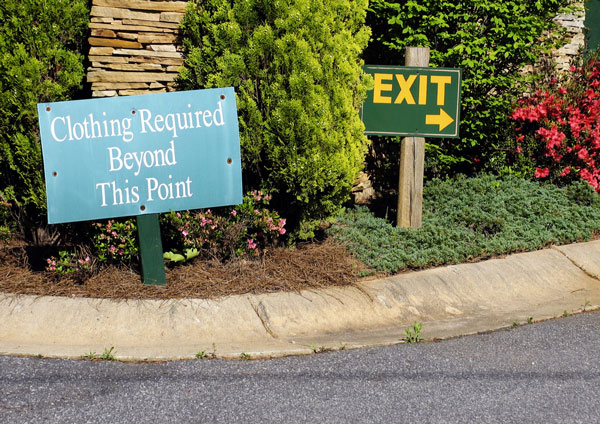 The Fowlers are now embroiled in a lawsuit with Paradise Lakes, seeking $15,000 and to be allowed to stay in their condominium.

“She wants injunctive relief to make sure she doesn’t get harassed anymore,” the Fowler’s attorney, Jessica Thorson, said. “[S]he’s also seeking damages for her mental anguish and her humiliation for just being harassed this whole time, and under the Fair Housing Act, she can seek that.”

Paradise Lakes has not made any statements to the press while the litigation is going on.

“People need to know you don’t treat people like this,” Sharon Fowler said. “Paradise Lakes needs to know, I may be sick, I may be legally blind, but I’m not going to back down. They’re not going to bully me.”