Next on The Scoop: We Were Right! Miss P, Flame, and Swagger Win at Westminster

As the only legislator at work, Senator Jeff Jackson started passing imaginary legislation, including a crackdown on puppy mills.

No matter where you stand on the political spectrum, there’s one thing every Dogster reader can agree on: Puppy mills are the worst. As you know, puppy mills are overcrowded, unsanitary, horrifying places where dogs are forced to breed puppies. These puppies are then sold, often at outrageous prices, as pure-bred or designer dogs. One senator from my home state of North Carolina, Jeff Jackson, took imaginative advantage of a snow day to “outlaw” puppy mills, or at least to bring the issue to the fore. 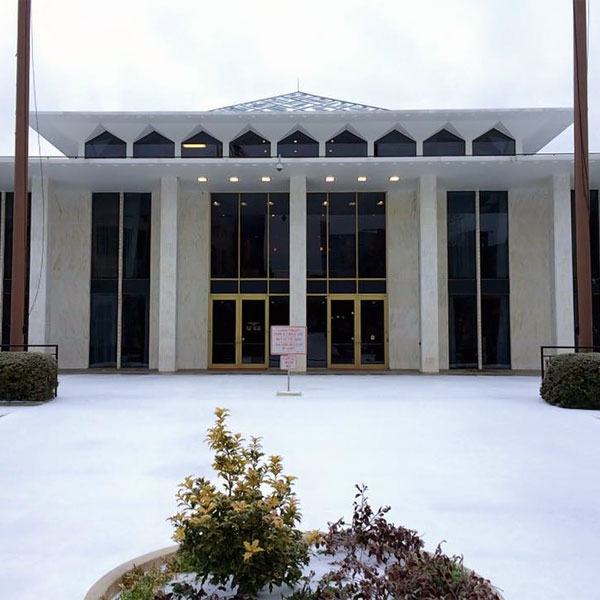 According to the running posts on his Facebook page, aside from security personnel, Jackson is the only state legislator who showed up for work today. We all remember the childhood joy of a snow day, particularly those of us who grew up in the south, where such events are extremely rare.

Jackson decided that, in this post-apocalyptic wasteland where he is the only representative, he’d go ahead and pass some fake laws to improve the state.

And another of Senator Jackson’s fantasy laws cracked down to protect North Carolina’s most defenseless residents: the state’s dogs, and its unseen puppy mill populations.

Both on the state and national level, the rights of dogs and other animals tend to be among the very lowest priorities for lawmakers. We share our lives with our dogs, and yet, their needs are often the last to make news. I think it’s wonderful, even in imagination, that one of Senator Jackson’s first notions was to abolish puppy mills.

Jackson’s posts all morning have been incredibly popular. People across the state are snowed or iced in, so it’s an ideal moment for a legislator to chat with his constituents. How would you help dogs if you were the only lawmaker for a day?

About the author: Melvin Peña trained as a scholar and teacher of 18th-century British literature before turning his research and writing skills to puppies and kittens. He enjoys making art, hiking, and concert-going, as well as dazzling crowds with operatic karaoke performances. He has a one-year-old female Bluetick Coonhound mix named Idris, and his online life is conveniently encapsulated here.