Next on The Scoop: Vid We Love: Dogs Eat With Human Hands at This Holiday Feast

Since 1963, Clifford was a perennial favorite in children's literature. His creator died at 86 last Friday.

Other than Snoopy, there may be no more famous dog in children’s literature than Clifford, the Big Red Dog. Norman Bridwell, an unemployed commercial artist, invented Clifford in 1963. Since then, he’s been ubiquitous in children’s books, cartoons, stuffed animals, and toys.

Clifford may live on for years to come — decades, even — but his creator has passed away. At 86 years old, Bridwell died last Friday in a hospital on Martha’s Vineyard. No cause of death was given when the announcement was made by a spokeswoman from Scholastic Books on Tuesday, but Bridwell’s wife Norma told the Associated Press that he’d been diagnosed with prostate cancer. He was in the hospital recovering from the effects of a fall three weeks ago. 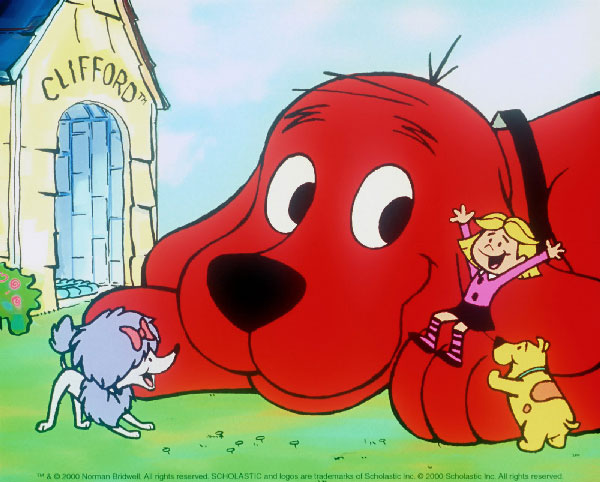 There are plenty of kids who would have beem delighted to have a dog who dwarfed a house, regardless of the problems with housing codes, medical care, and dog food expenses it would have caused for their parents. Clifford embodied one of children’s ultimate fantasies: His good nature matched his immense size, and the combination made him both safe and fun. 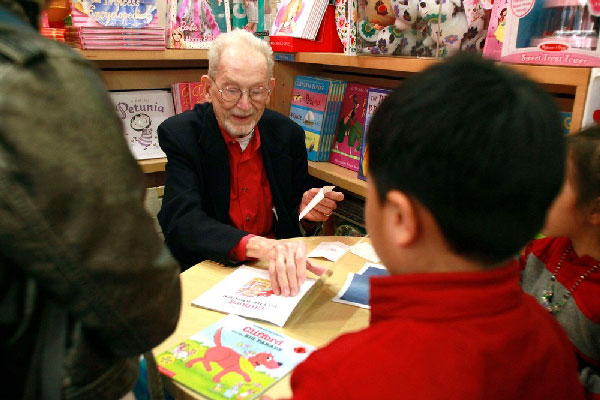 Scholastic Books has published Clifford’s adventures since the very first book came out in 1963. At that point, nine publishers had already rejected the manuscript. Bridwell went on to write 150 titles starring the lovable red pooch, which were translated into 13 different languages. Clifford even got his own animated series on PBS from 2000 to 2003.

Dick Robinson, the chairman and president of Scholastic, described Clifford’s appeal to The New York Times following the announcement of Bridwell’s death: “Clifford was a lovable dog, an awkward character, shy, very big and therefore always bumping into things and causing a stir. And in Clifford children saw themselves.” 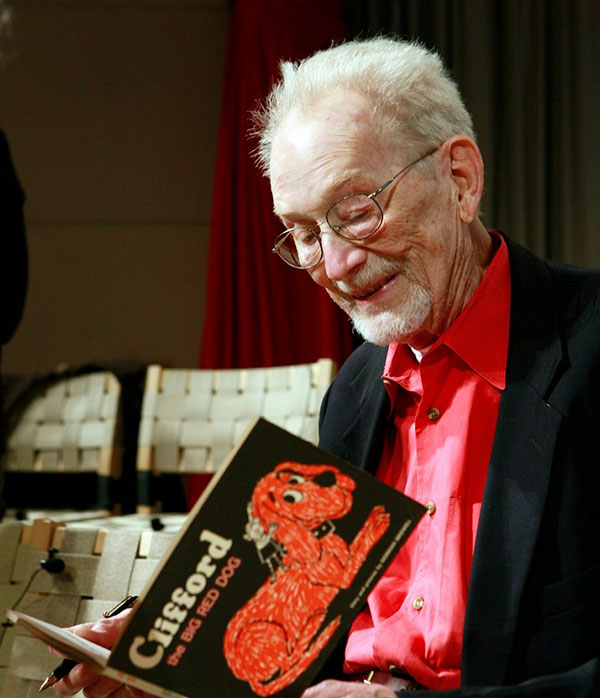 Bridwell himself said of Clifford: “He’s red and he’s warm. Clifford does what you’d like to do but can’t. Because Clifford is so big and also because he’s a dog, he’s able to do the most unbelievable and imaginative things.” Those imaginative things always took place in mundane settings, though. Other than his size, Clifford has always been a pretty ordinary dog who does things like go to the beach or makes friends in his own neighborhood. He’s never taken trips to outer space or met fairy magicians. 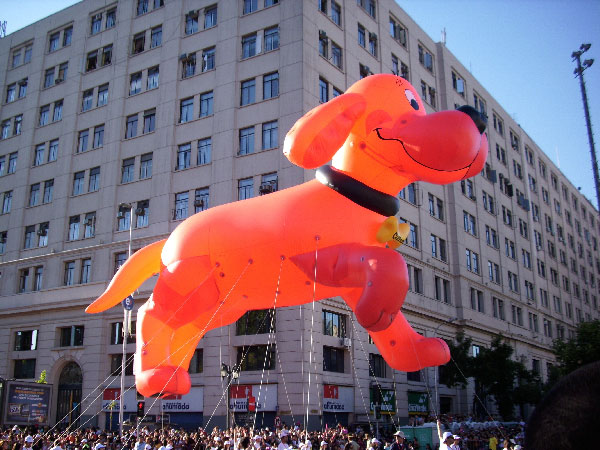 Robinson speaks of Clifford in the past tense, but the dog actually does have a future, even after the death of the man who brought him to life. There are two more Clifford books — Clifford Goes to Kindergarten and Clifford Celebrates Hannukah — scheduled to come out in 2015, and a feature film is set for release in 2016.

Via The New York Times and Time

One comment on “Norman Bridwell, Creator of Clifford the Big Red Dog, Dies at 86”