Next on The Scoop: Are Blue Heelers Really Blue?
Dogster News 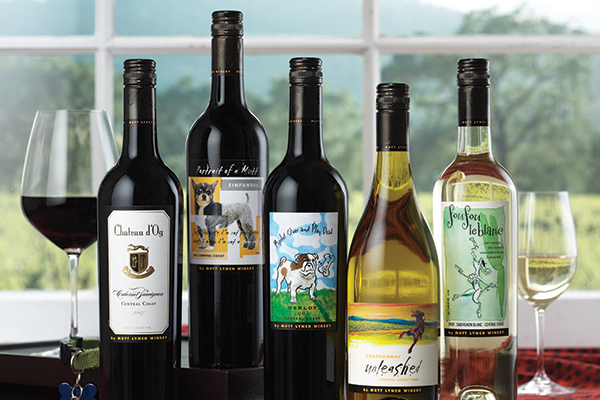 When Brenda and Chris Lynch branched out from their corporate marketing careers in the wine industry and put their years of experience into their own winery in 1995, they couldn’t deny that they were confronted by “dogness” at every turn. At that time, they were devoted dog rescuers and had five dogs they adored. Just as they were opening their winery, there was a fire in a small outbuilding of the Healdsburg Center of the Sonoma Humane Society. “It was really more kismet that anything else,” Brenda said. “They were really good people at the humane society, and we saw an opportunity to give back in a real way besides just rescuing dogs.” 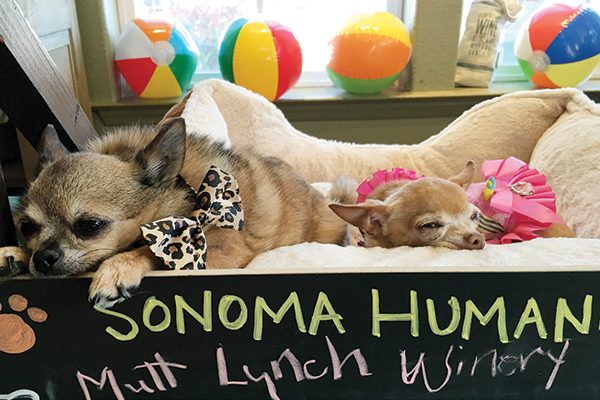 Brenda and Chris called their first wine Humane DeBone and donated all of the profits to help the humane society. The wine sold out almost immediately. “We realized we had stumbled onto something,” Brenda said. “And helping the shelter became a big factor for us in where to go commercially.” Since then, Mutt Lynch Winery has developed its dog-based labels and slogans as well as its reputation for excellent wines. The winery has won numerous awards for its wines, primarily made by Brenda, who discovered her knack for winemaking only after starting the business. (Chris still works in marketing for larger winemakers.)

The wines’ creative labels, nearly all of which are a play on dog themes, have also won them a great deal of notoriety. Their labels are catchy — or should I say fetchy — with clever names like Canis Major Syrah or Merlot Over and Play Dead, along with evocative images of dogs on the labels. “We wanted people to be attracted by dogs so they go, ‘Ahhhh, that’s cute,” but the best is when they taste the wine and go, “Ohhhh!” Brenda said.

The winery’s limited mbf Zinfandel, with a picture of an open-faced black Labrador on the label, and the Primativo and Petite Sirah are regular medal winners. Their more creative and colorful labels are offered under the heading of “dog series.” The label images, such as a dog dancing with abandon on the Unleashed Chardonnay, are more whimsical. Designed by Rae Huestis Designs, the Mutt Lynch Winery’s labels have won numerous awards, including winning repeated honors at the San Franciso Chronicle Wine Competition, perhaps the most prestigious competitions on the west coast.

How Mutt Lynch Winery Gives Back to Dogs in Need 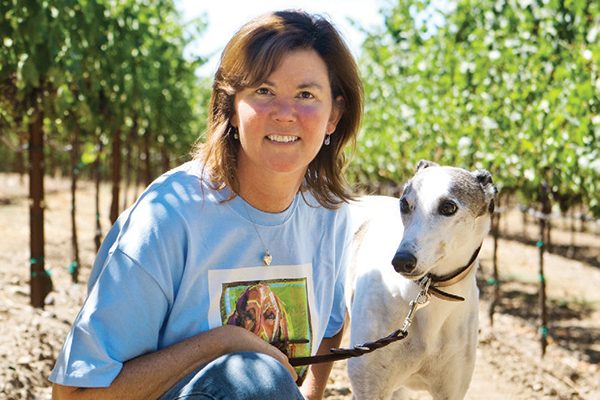 But no matter how many awards Mutt Lynch Winery wins, there is vital connection between the wines’ dog themes and images, and the Lynches’ work on behalf of dogs. A portion of all their sales goes to dog-oriented nonprofits, and the Lynches regularly donate or discount cases of wine to events that raise money for dogs. They also hold fundraising events in their tasting room. The events, of course, are aptly named: Bark Mitzvah, Howl-O-Ween and Yappy Hour, to name a few. The winery partners with Adopt a Pet, a pet adoption website in North America, and helps support dozens of nonprofits throughout California and around the country.

For Brenda, the ability to help dogs has been the fulfillment of a lifelong dream. She says when she was growing up there weren’t many rescue groups. “And I was that kid that came home with every cardboard box of whatever was in front of the grocery store. Our ability to give back is just a really good fit for who we are as human beings.”

Looking Toward the Future 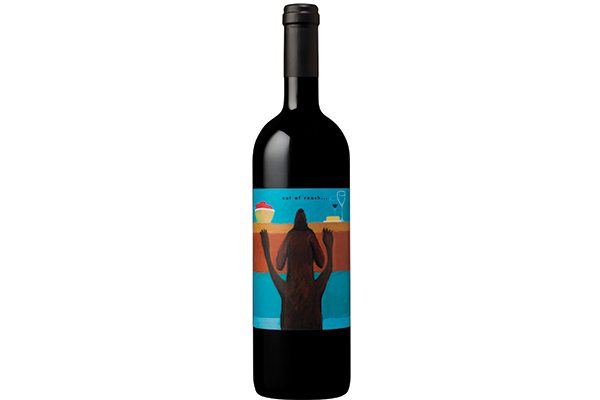 Brenda said she’s not entirely sure where the winery will be in 10 years, but she hopes it will be able to continue as it has been. Brenda and Chris’ twin passions for making quality wines and helping dogs has been very rewarding for them.

“Our commitment to dogs is very real and a part of who we are,” Brenda said. “I think people sense that.”

John Geluardi has worked as a journalist for 15 years, mostly as a political reporter. He has written feature-length stories on culture, crime and presidential campaigns and has won numerous first-place awards for his stories. He published his book Cannabiz: The Explosive Rise of the Medical Marijuana Industry in 2010. John is a longtime dog owner and dedicated student of the language of dogs. Each day, he looks forward to long walks with his dog, Corso.