Next on The Scoop: A Massive New Study Puts $25M Towards Tracking Cancer in Golden Retrievers

Not Again! More Poisoned Meatballs Turn Up in San Francisco

Authorities and residents suspect the same person who in 2013 poisoned several dogs and killed one.

Last July, someone scattered poisoned meatballs around San Francisco’s Twin Peaks and Diamond Heights neighborhoods, sickening dogs who were unlucky enough to take the bait. One of them, a Dachshund named Oskar, died from the toxin.

On Saturday, a San Francisco animal control officer found 35 tainted meatballs hidden a Twin Peaks neighborhood, according to SFGate. After a resident found fragments of suspicious-looking meatballs in the area, Lt. Denise BonGiovanni searched the area. She found meat studded “with something solid” in out-of-the-way places — carports, behind stairwells, along curbs and in hedges and bushes.

“These were incredibly well-hidden,” BonGiovanni said.

The meatballs are being tested, but officials suspect the solid material is poison.

“There’s a high probability,” said BonGiovanni. “They look very similar to the ones found last year.” 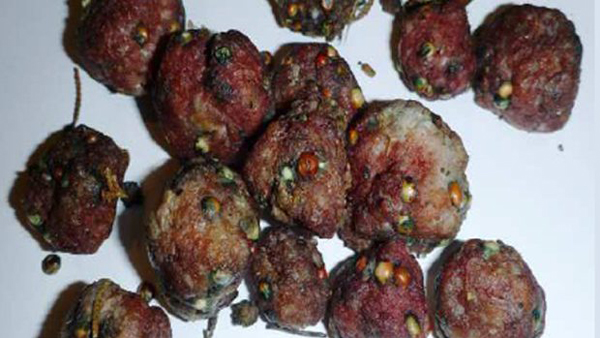 Incredibly, according to KGO, the woman who owned Oskar, the Dachshund who died last July, nearly had another one of her dogs suffer the same fate. She was on a walk with her dog AJ when he found some of the poison meatballs.

“I pulled them out right away and realized, oh my God, it’s the meatballs again,” Schechter said. “I said, ‘This cannot be happening again.’ I said, ‘Please, God, let’s not have another trauma up here.'”

On Friday evening, when the story broke, KTVU News headed out and found resident Scott Saylor, who had just found a meatball in his yard.

“I have two dogs, so I got really upset about this,” Saylor told KTVU. “I hope they find the person, and I hope the full extent of the law is applied.” 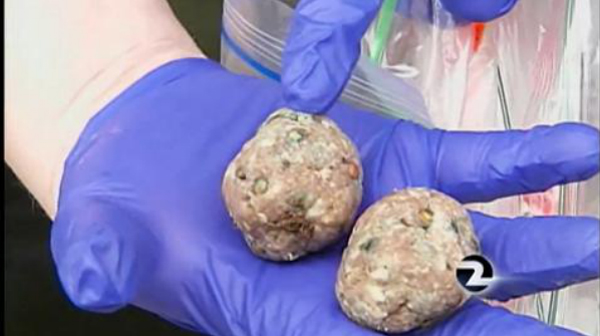 The culprit who spread the hundreds of poison meatballs in July was never caught, and residents fear it’s the same person. Authorities have posted signs warning people about the hazard.

“We have concerns for their safety and for dogs too,” said San Francisco Police Department Lt. Curtis Liu. “This is an area where residents walk their dogs constantly, and we’re fearful another dog may become a victim.”

As for the motive of the poisoner, nobody knows. Some suspect it might be because of dog poop left in the area, which is heavily trafficked by dog walkers.

“People throw the poopy bags around or they don’t pick it up at all,” said resident Mark Cooper, “so maybe somebody’s upset about people who leave that kind of stuff rather than put it in the trash.” 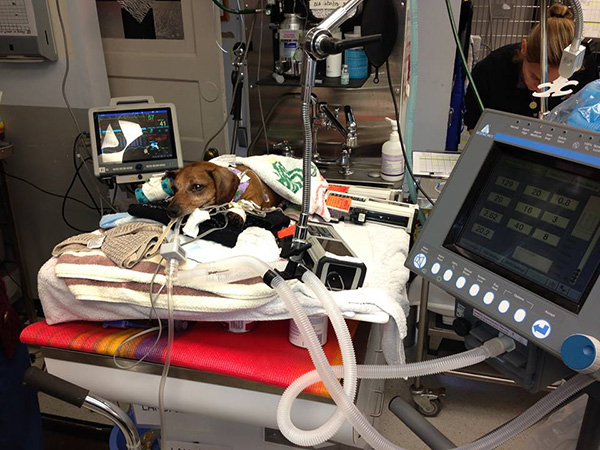 Police advise pet owners to keep cats indoors and dogs on a very short leash until the situation is resolved. Anyone with information regarding the investigation is encouraged to call the SFPD anonymous tip line at (415) 575-4444.

Via KGO, KTVU and SFGate