Next on The Scoop: New ASPCA Exhibit Spotlights the Horrors of Dog Fighting

Minkyu Lee’s “Adam and Dog” Is Nominated for an Oscar

You can watch the animated short, which reimagines the story of Genesis to include a dog.

When we watch the Oscars, the Animated Short Film category is typically a “whatever” category, because who’s seen any of the nominated animated shorts?

That ends now. Adam and Dog is up for an Oscar, and you can watch it right now, and then have something to root for during the Animated Shorts section of the Oscar telecast, which should impress your friends. (Your friends, if they aren’t dog owners, will probably be rooting for Maggie Simpson in The Longest Daycare, because they lack imagination.)

Adam and Dog is a stunning hand-animated watercolor short, featuring pitch-perfect animal movements, especially those of the dog. Its creator, Minkyu Lee, worked on Disney’s The Princess and the Frog and Wreck-It Ralph, but this is his first solo project. The 16-minute wordless film took him two years to make and $25,000 of his own cash. Critics (such as there are critics for animated shorts) believe it’s a frontrunner in the Oscar race. 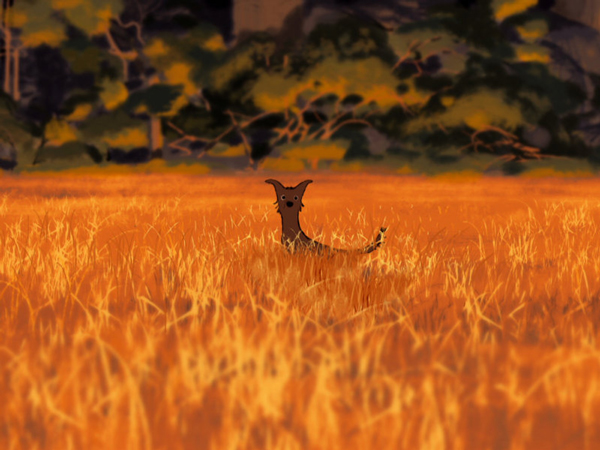 Adam and Dog tells the story of Genesis and the Garden of Eden, with one significant addition: a dog. It packs a meditative punch, opening with an inquisitive dog spending his days in lush, primeval Eden. Eventually a pre-Eve Adam crosses his path, and the two pause, instantly drawn to one another. It is the first meeting of man and dog. We’ll let you watch the rest.

NSFW warning: Adam, for those familiar with the story, is indeed naked but, thanks to the wonders of artistic restraint, his nakedness is somewhat blurred, obscured, and otherwise just hinted at — most of the time. An outline is seen here and there. Same goes with Eve.

Posted in Dogs in History,