Next on The Scoop: Meet Lisa, a Terrier Rescued From the Dog Meat Trade in Indonesia

Dog Leads Police to His Owner, a Suspected Meth Dealer, Hiding in a Ravine

"Go get him," an officer said. The Pit Bull-Husky named Bo did exactly that.

It’s well-known that a dog’s love knows no bounds. Even if you’re a suspected meth dealer hiding in a ravine as the cops storm your house, a dog’s love is going to find you.

Such was the love felt by Edward Henderson’s dog, Bo — and it found his owner, suspected meth dealer and hider in ravines, much to the delight of Alabama’s Prattville Police Department. 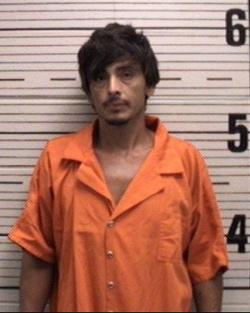 This is a funny story.

It happened Tuesday, when a drug enforcement unit, armed with a search warrant, pulled up in front of the suspected meth dealer’s home, according to a police press release. Henderson didn’t wait around; he hightailed it out the back and flew down the 25-foot ravine. When the officers approached the ravine and looked around for him, his dog, Bo, a Pit Bull-Husky mix, ran up and looked at one of the officers.

The officer knew exactly how to play it. “Go get him,” he said.

Bo turned and ran, dashing toward his owner.

“Bo without hesitation went down the ravine trailed by two Drug Enforcement Investigators,” the police department said in a release.

Officers searched the area Bo had disappeared into and came up short, but only for while. Soon they saw Bo, and once they saw Bo knew they had their man.

“Bo was wagging his tail to alert investigators of his owner’s whereabouts,” the release reads.

Bo had found his owner lying in tall grass, so he was wagging his tail. Because he loves him, you see. 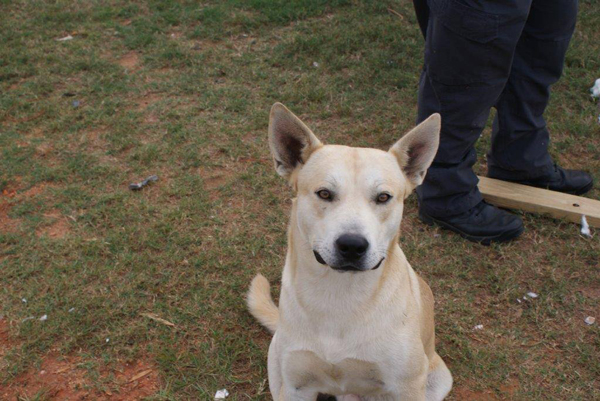 Henderson has been charged with unlawful manufacture of a controlled substance, failure to obey police, and possession of drug paraphernalia; a search of his home revealed “components of a meth lab.”

Bo has been charged with being a good boy. He received pats on the head and dog biscuits from Prattville’s K-9 Sergeant, according to police.

Although police did not comment on the whereabouts of the dog at this time, a commenter on the department’s Facebook page said Bo “is back at home with his family.” Another commenter said the authorities are “doing regular checks to assure his well being.”