Next on The Scoop: Dug Up at Dogster: Don’t Miss These September 2017 Dog Events
Dogster News 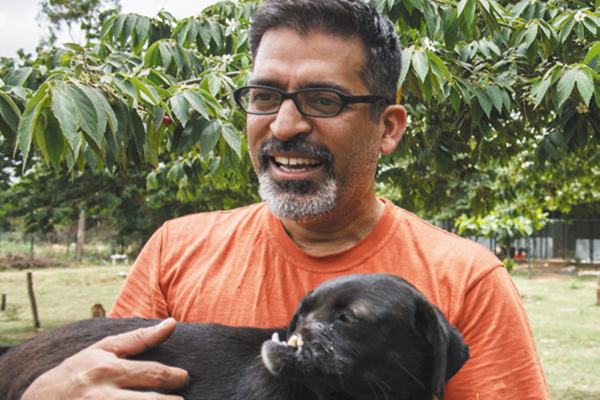 Husna is a snoutless rescue dog who resides at The Voice of Stray Dogs (VOSD) Sanctuary in India. Find out more about Husna and this amazing organization!

No snout, no problem! Husna is a snoutless dog who was rescued four years ago after losing her snout in an accident at just 1 month old. And she’s not alone — at The Voice of Stray Dogs (VOSD) Sanctuary in Bangalore, India, there are four other snoutless dogs who, like Husna, were puppies when they were found. Husna’s snoutless friends were all on life support initially and were treated at VOSD Rescue before they made full recoveries and moved over to the VOSD Dog Sanctuary. Haider was found missing an upper jaw, Michael was rescued at just 20 days old after an accident, Tipu was also saved after an accident, and Yadav arrived missing half his upper jaw six months ago. The dogs lead full and happy lives with a careful combination of nutrition and care.

VOSD Rescue has rescued more than 7,000 dogs in just over three years, and the VOSD Dog Sanctuary is home to 750 dogs today. VOSD is a no-kill, nonprofit dog rescue and sanctuary founded by former software engineer Rakesh Shukla that does not refuse or euthanize dogs for medical or behavioral issues or limitations of space. All dogs at the 3 ½-acre sanctuary are given names and enclosed, tree-lined spaces to run free. The organization operates a fleet of 10 vans and trucks for rescuing dogs within a 500-square-mile radius and has created a cutting-edge digital tracking system for all of its rescues. Learn more about VOSD’s mission at strays.in.