Next on The Scoop: The Top 10 Dog Names Associated with Halloween

The residents of Marysville, Washington — especially the students of the local high school — need a lot of comfort right now. Last Friday, 15-year-old Jaylen Fryberg texted his friends and cousins asking them to meet him for lunch in the school cafeteria. When he came to meet them, he brought a .40-caliber Beretta pistol and opened fire on the table where they were sitting. In the end, Fryberg and two 14-year-old girls were dead. Three more students are still in the hospital. 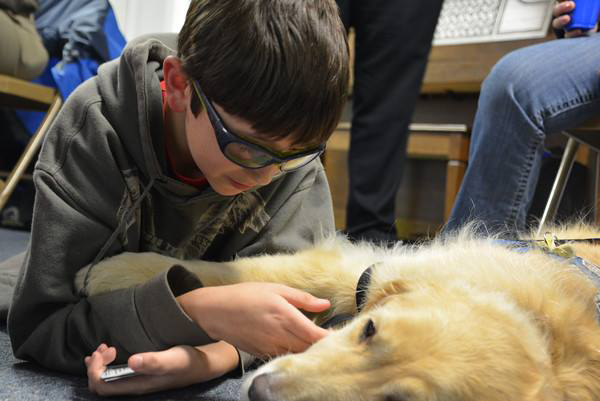 There probably isn’t enough comfort in the world to completely ease that kind of horror, ever. For many of the students and their families, a part of it will stay lodged in them for as long as they live. 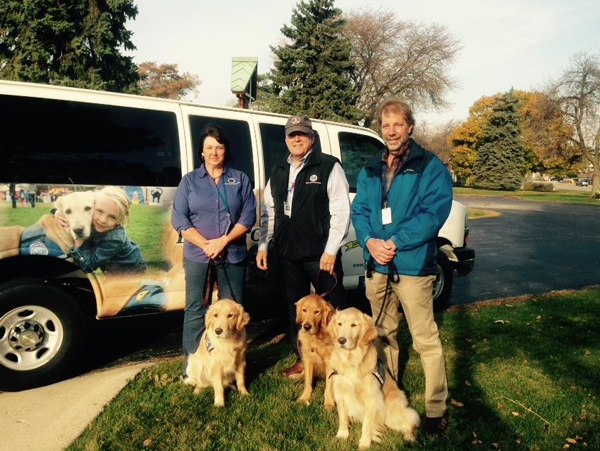 Even though the process of healing may never end, it can at least begin. Part of that process will come from three comfort dogs, brought to Marysville by Lutheran Church Charities, based in Chicago. Two of the dogs, Luther and Shami, have experience with this kind of thing: They were brought to Newtown, Connecticut, after Adam Lanza massacred twenty children and six staff members in the Sandy Hook Elementary school shooting. They were also part of the recovery process after the 2013 bombing of the Boston Marathon. Their colleague, Erin, is only 9 months old and still learning the ropes. 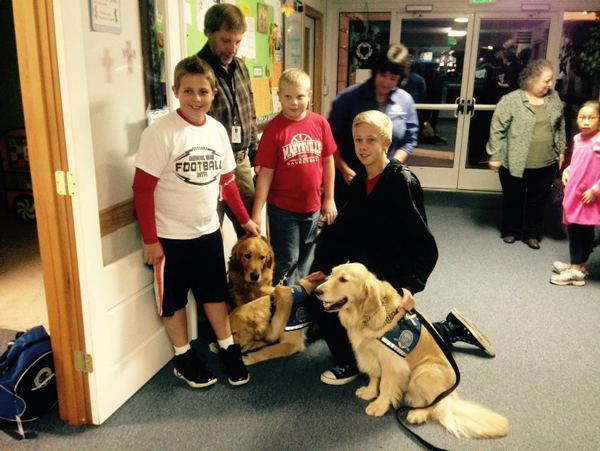 Tim Hetzner, president of Lutheran Church Charities, told The Washington Post that “People come in so tense. Once they see the dogs, they start relaxing. They get down, they hug the dogs.” But it’s more than physical contact; people may actually start talking to the dogs, opening up in ways that they haven’t yet. Pet researcher Mary Jo Gilmer told Good Morning America that part of the reason therapy dogs are so helpful is that they’re willing to be there for people without conditions and without giving advice. “A dog just cuddles up with them and doesn’t say, ‘You need to get on with your life,'” she said. “Just that unconditional willingness of the animal to be hugged [helps].” 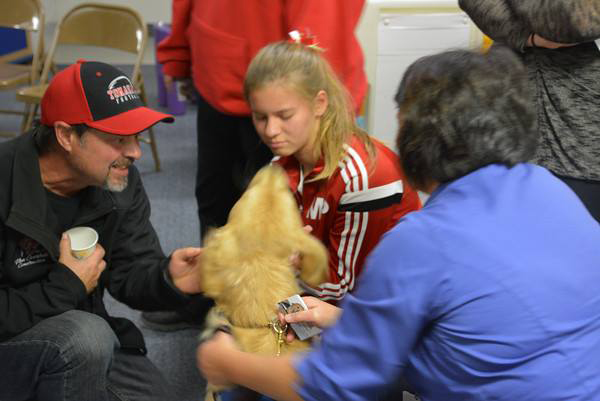 Every person who’s ever known and loved a dog probably knows that feeling, although hopefully on a lesser scale than the people in Marysville. We wish them good luck while they recover from this tragedy, and thank the three dogs and their handlers for their hard work in a time of great trauma.