Next on The Scoop: 5 Ways My Dog Has Humiliated Me in Public

Did you know Carey has eight Jack Russell Terriers? Here she is walking one in the snow. Wearing a bikini.

On Saturday, like she does every snowstorm, Mariah Carey slipped on a red bikini, put her dog on a leash, belted out three ferocious verses of “God Rest Ye Merry Gentlemen” while standing on the porch with a bottle of rum, and then tap danced around her Whispering Oaks neighborhood, a pop diva like no other. 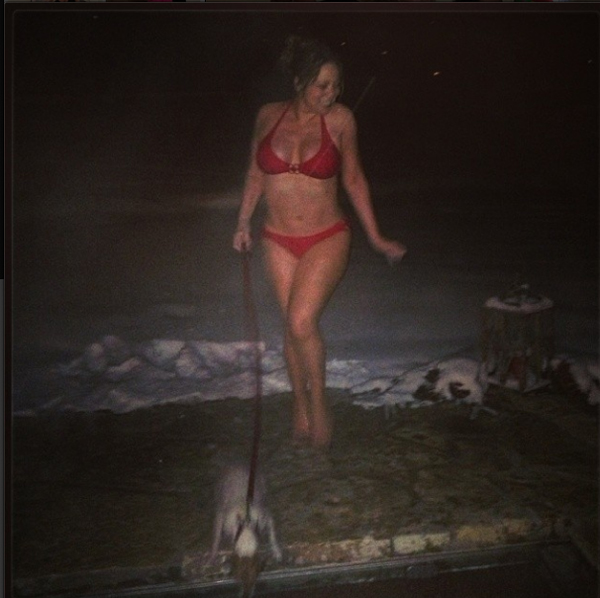 Well, that’s mostly wrong. The actual story is that she put on a bikini to walk her dog in the snow in Aspen, where she’s on vacation with her twins. One of her entourage took a picture and she posted it to her Instagram account, causing reverberations in newsrooms across the country. Everybody is posting this photo. The combination of dog, a bikinied Carey, and snow is just too much.

She captioned it, “It’s just a tradition #aspen #coldyethot”

Here it is again:

We admit, we were intrigued as well. We wondered: What the hell kind of dog is that? So we took to the Internet to discover that it’s most likely a Jack Russell Terrier, because the singer has eight of them. She calls the dogs “dembabies” and she regularly posts photos of them on social media. Here she is walking a bunch of them a more traditional way in 2011, after she had her human twins. 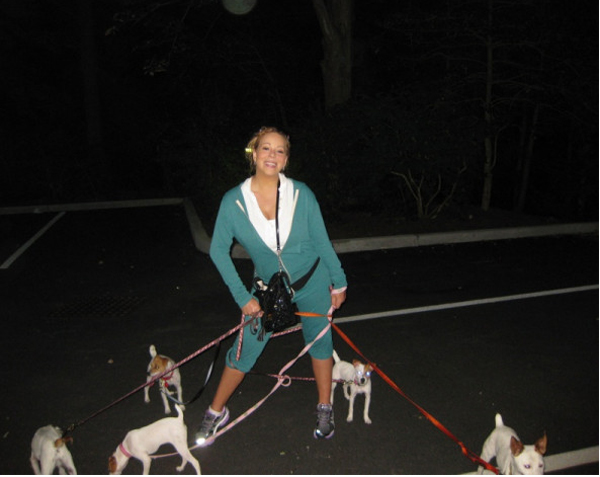 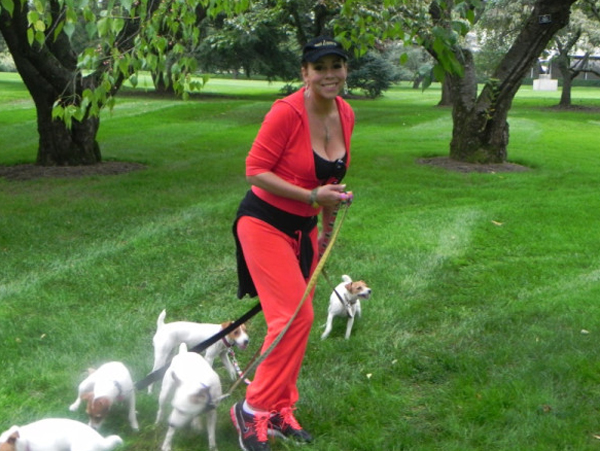 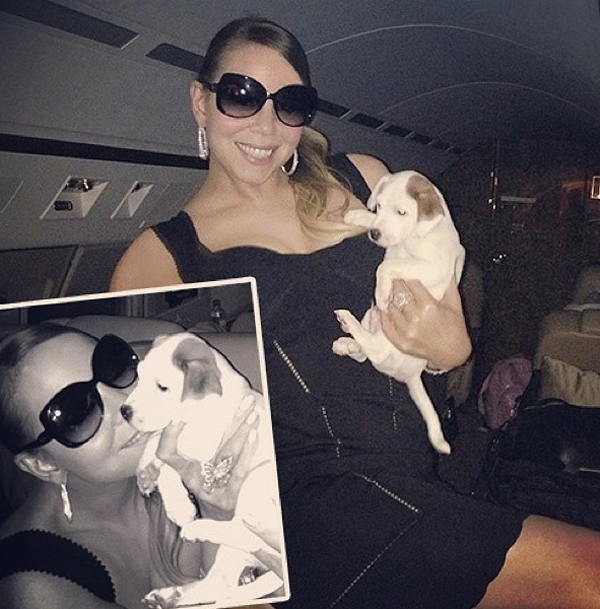 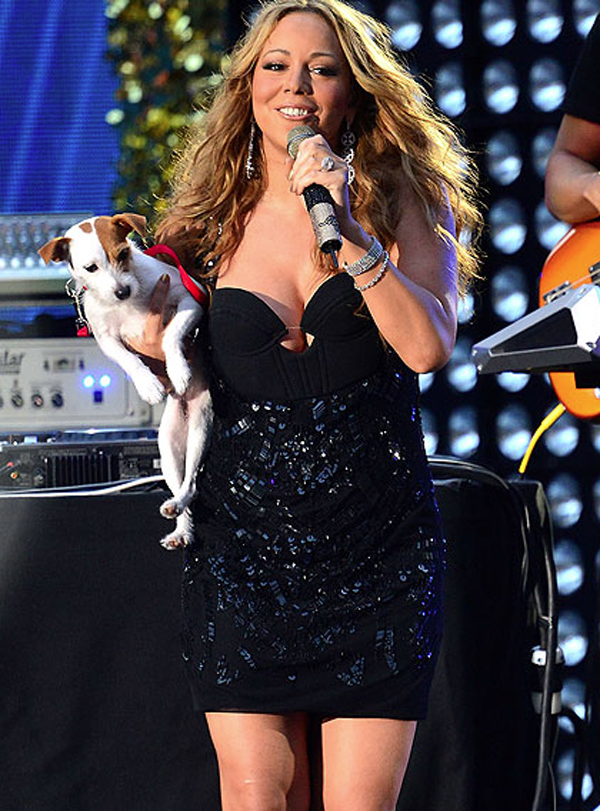 This summer, Nick Cannon opened up on the dogs.

“I bought her a dog and then those dogs mated, and then we just started having a bunch of puppies,” the singer’s husband told People. “They do great tricks and they’re well-trained. They do everything from standing and walking on their hind legs to tricks with toys. They swim a lot and fetch balls under water. It’s so cool.”