Next on The Scoop: Smiley, a Therapy Dog With No Eyes, Will Make Your Day

After a man kicked a dog for sleeping in his parking spot, the dog rounded up a few pals and returned to use the car as a chew toy.

This is exactly why you let sleeping dogs lie. Or at the very least, why you don’t kick them. According to a report out of Chongqing, China, a man came home to find his parking spot occupied by a stray dog who had decided that it looked like the perfect place for a snooze. The unnamed man got out and kicked the dog until it got up and left. The man parked his car, apparently thinking that was the end of the matter. 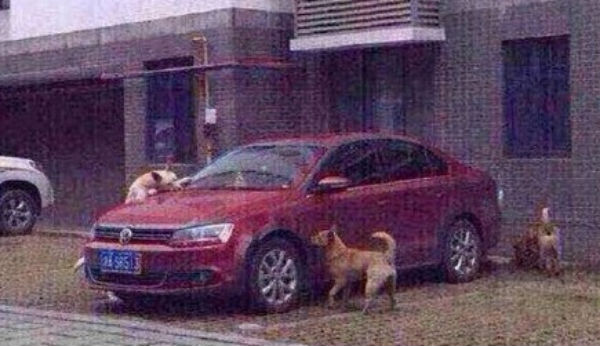 The dog had a different idea. A little while later, a neighbor watched the dog return with several others and take canine vengeance. The small pack attacked the car, biting the wheel wells and fenders. In one of the pictures taken by the neighbor, you can see one dog that has jumped onto the hood and started tearing at the windshield wipers. They managed to do some pretty serious damage; the owner came back to find his car covered with huge dents and scratches. Fortunately, his watchful neighbor was able to show him exactly what happened. 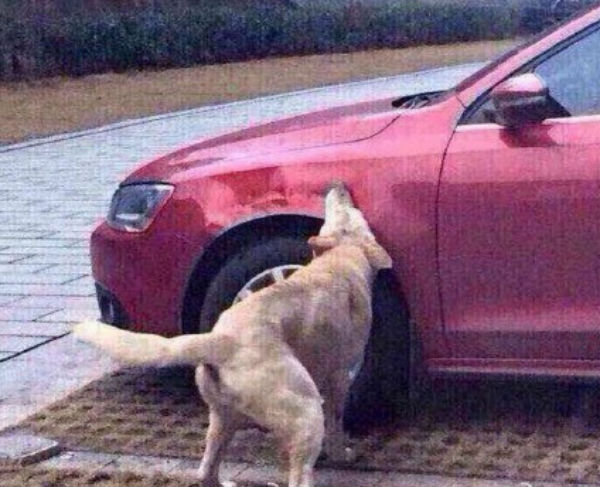 On one level, I suppose we’ve now got the answer to what a dog would do if they ever actually caught one of the cars that they’re chasing: They’d call their buddies and thrash the hell out of it. 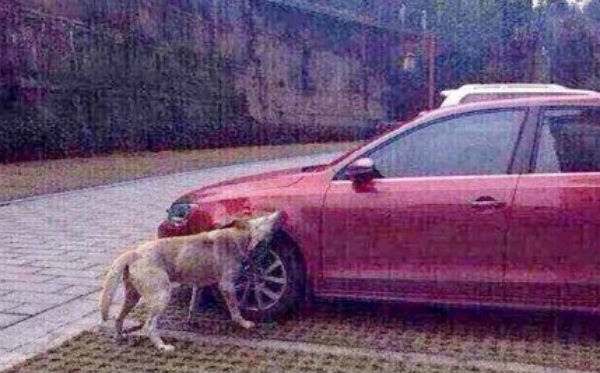 On another, it makes a very nice piece of schadenfreude. In general, I don’t want packs of stray dogs randomly attacking any car that happens to look tasty, but when you go around kicking sleeping dogs, you’re kind of asking to have your car mauled. In this case, I might have been tempted to take a nibble or two out of the rear bumper myself.