Next on The Scoop: 10 Reasons to Love Lucca the 3-Legged Marine Hero Dog

Syed Azmi Alhabshi, a Muslim, started a battle in his country's culture war by asking people to come to a park and pet dogs.

For most of the people who read this blog, touching a dog isn’t a big thing. In fact, touching dogs is one of the selling points of bringing one home to become part of your family.

But in Malaysia, a huge controversy has boiled up around exactly that issue. Touching dogs is not seen as such a benign act in certain schools of Islam. According to some clergy, dogs are impure animals and touching them is taboo.

Last week, Muslim activist Syed Azmi Alhabshi triggered furious discussion of the taboo by organizing an event called “I Want to Touch a Dog,” inviting people to gather in a public park and pet dogs.

The impetus for the event came from a desire by Syed Azmi to overcome his own fear of dogs. One day, he made a post on Facebook saying that he would like to touch a dog, but was also frightened of doing so. There was a massive response of people with similar feelings. “Since there are so many of us, I thought why don’t we have a public event, touch dogs and then perform ‘sertu’ [a Muslim purification ritual] together?” 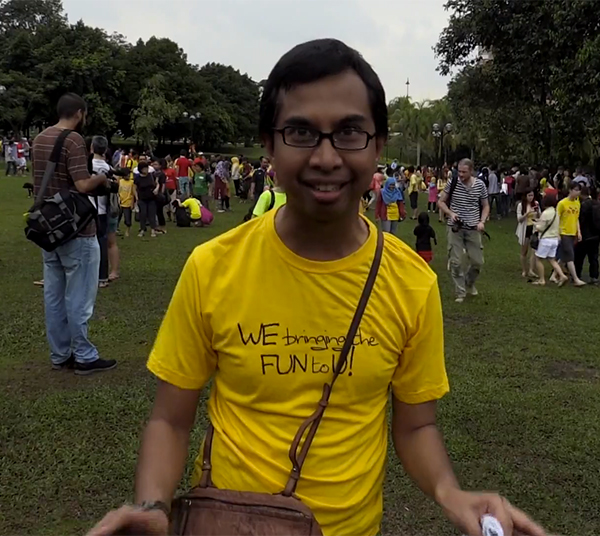 Encouraged by the responses, he began to organize an event in a public park via Facebook. Doing that turned out to be like tossing a match into a box of kerosene and tinder. Even before the event there was tension and outrage, but when more than 1,000 people showed up, the issue blew up, a visible representation of the tensions between conservative Muslims and younger, more liberal Muslims.

Muslim cleric Nik Abdul Aziz Nik Mat condemned Syed Azmi as a deviant, saying “Organizing a specific program just to touch dogs would only be done by those who are akin to having worms in their heads.” Although Syed Azmi had specifically gotten approval from the Selangor Islamic Religious Council (or Mais) before the event, members condemned him afterward, claiming that he had manipulated and deceived them about the true nature of the event. Chairman Datuk Mohamed Adzib Mohd Isa told The Malaysian Insider, “The deliberate acts of holding, hugging and kissing dogs by Muslims like what happened that day is deeply regretted because such acts are against the ‘syarak’ laws. It was also not how the organizers had depicted it (to Mais) and was not in line with the program’s objectives as mentioned in the organizer’s application.'” 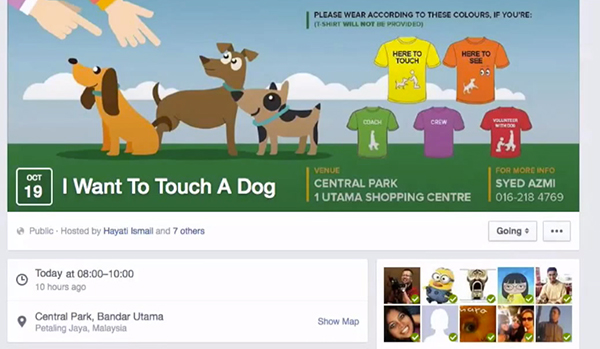 There have been much worse reactions to the “I Want to Touch a Dog” event. On Sunday, Syed Azmi held a press conference in which he apologized for the event because he had been getting so many death threats through social media, emails, and text messages. “I admit that there are weaknesses in the program,” he said in his statement. “I would like to apologize and I had no intention to cause trouble to anyone. We explained it all throughout the program. I would like to stress here that it was an educational program and the ‘sertu’ ritual (cleansing) was also explained and also performed.”

His lawyer, Syahredzan Johan, said that Syed Azmi had received over 2,000 threatening messages. “Some of the threats received said they want to break his bones. Others said they were going to kill him if they see him on the street and many more.” 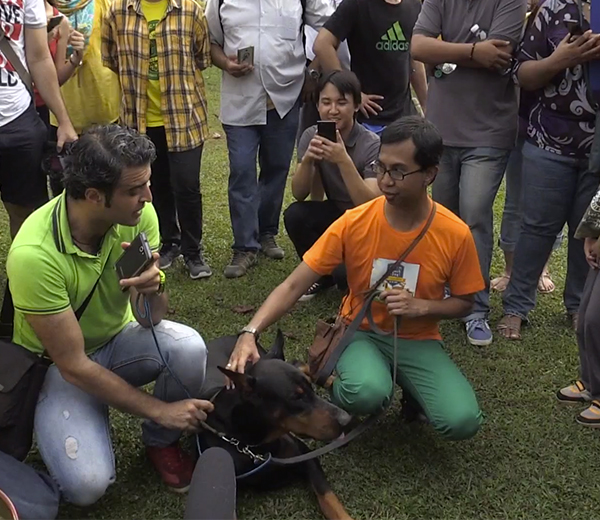 The issue, really, isn’t about Muslims touching dogs. That’s fine, as long as you observe all cleansing rituals.

The main grouse is about control. Clerics, even Muslim politicians, now see the event as a tipping point for Muslims to break free from their strictures and censures about life as most people know it….

What good is a shepherd without his flock? 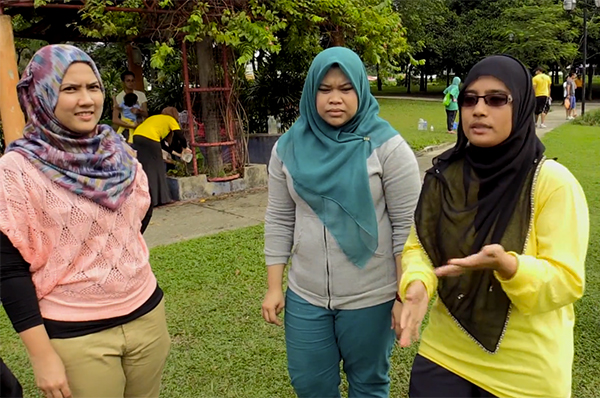 When people challenge the controls on their lives, whether it’s petting dogs or planning a wedding, the smallest thing can have huge consequences. The practical consequences of petting a dog would not be that great. As Sadiq points out, the idea that dogs are unclean is not universally accepted throughout Islam. The issue is all about control. 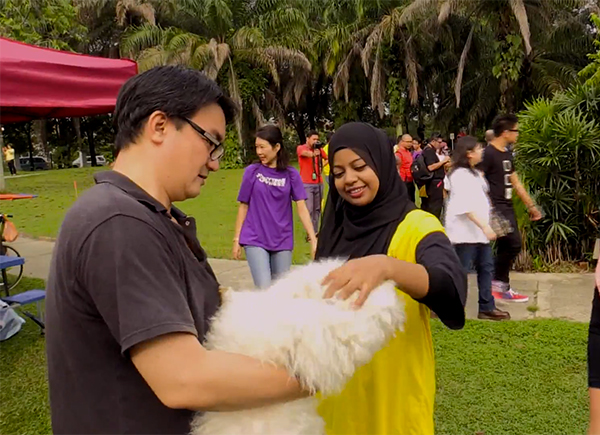 Congratulations to all the people who managed to surpass a lifelong taboo at the event on October 19, and good luck to Syed Azmi. The story of the threats against him is as familiar as it is ugly, and the world would be a better place if we could read it less often.

Via The Malaysian Insider YouTube, and The Malay Mail Online