Thousands of "lost dog" posters for Ollie went up before police told Roger and Annemarie Horowitz that they faced the huge fine.

If your dog were to go missing, one of the first steps you might take is to put up posters around the neighborhood with their picture and your contact information. We’ve all seen those posters, and many of us have had to put them up ourselves. But when Roger and Annemarie Horowitz started to poster the Washington, D.C. area for their lost dog, Ollie, police told them that they could be subject to a $750,000 fine. 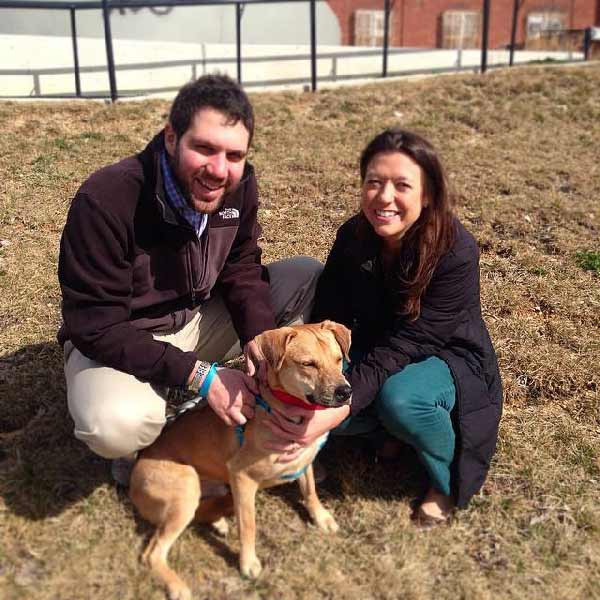 With the help of volunteers, the Horowitzes put up thousands of signs. Then they got a call from a police officer saying that they had to come down. “He told me that regardless if we put up the fliers, or if other people put them up, we had made the original flier that had my phone number, and that we could get fined up to 750,000,” Roger said in an interview with NBC News.

Ollie is a rescue dog that the Horowitzes adopted only last month in Georgia. His previous owner shot him, and Roger says that he still has about 23 pieces of buckshot in his back. It was partly because of that history that Ollie was lost. “A car just backfired, and he suddenly just bolted and managed to get away with the leash,” Roger told NBC. 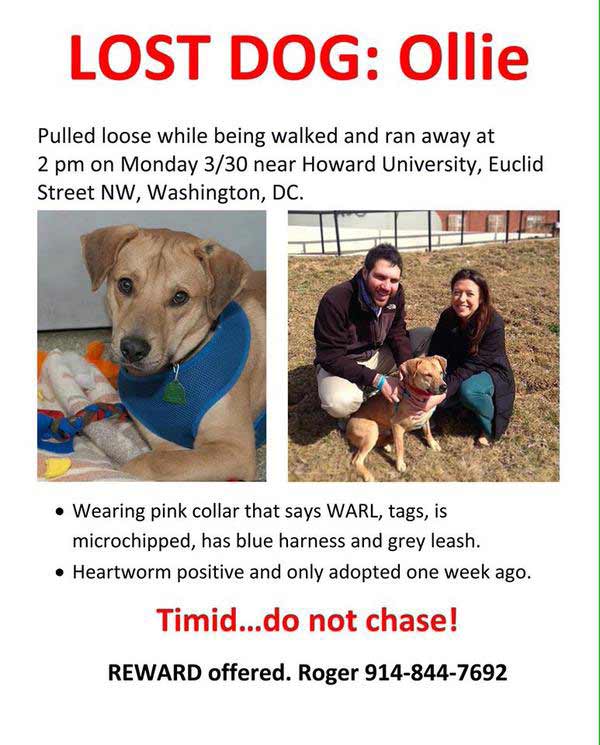 Where the police came up with the $750,000 figure is unclear. The municipal codes say that signs and posters can only be put up for 180 days; that there can only be three copies per block on each side of the street; and that the posters have to include the date when they were put up. “Any person violating any provision of this title for which a specific penalty is not provided shall, upon conviction, be punished by a fine of not more than three hundred dollars ($300),” the code states. Whether that’s supposed to be $300 per sign or total isn’t clear. 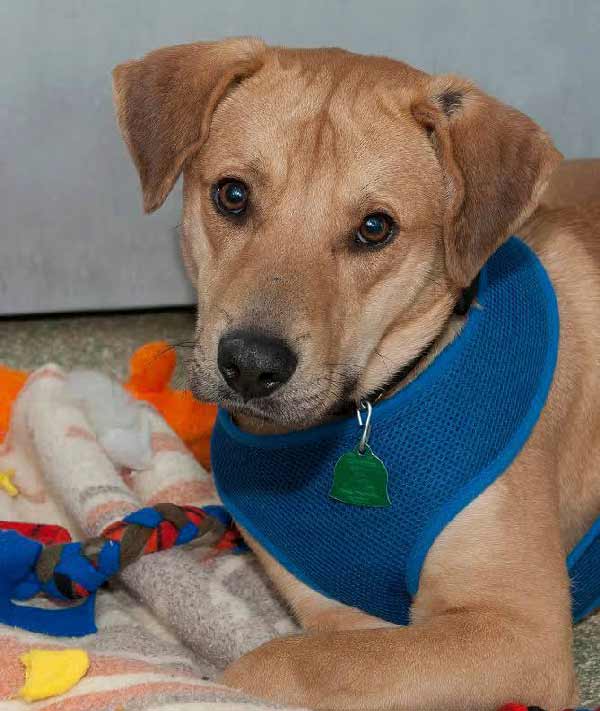 Either way, the Horowitzes have been going around taking down as many signs as they can, and turning to social media for their search. On Twitter, they’re using the hashtag #FindOllie, and they have a Facebook page dedicated to the search. Sightings of Ollie have been reported around the area, but he remains at large.