Next on The Scoop: 8 Sacrifices Your Dog Sitter Makes for Your Dog

Not Again! U.K. Store Expels a Blind Woman and Her Guide Dog

The staff of a London Tesco store harassed the woman to the point of tears before ejecting her.

Despite the fact that we deliberately threw them out of the country not once, but twice, sometimes it seems like the English are just — well, better than us. Between their superior science-fiction television shows, cool accents, and socialized health care, there are days when I think that if they just found a way to ask nicely, a lot of us would be fine with the idea if they wanted their colonies back.

So sometimes, it’s a little bit of a relief to see that the Brits don’t have everything worked out. For instance, it turns out that mistreating people with service dogs isn’t just a thing that happens because we’re crude, uncultured Yanks. Maya Makri, a 39-year-old blind woman, was harassed by the staff of a Tesco store in London and finally made to leave because of her guide dog, the BBC reported. 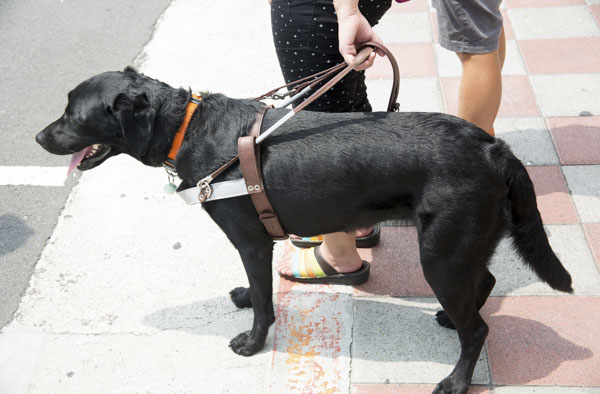 Makri came up to the counter to make a purchase and was immediately chastised by the staff for bringing a “pet” into the store.

“I got to the till and could sense there was an uncomfortable atmosphere then the man behind the till started shouting ‘No pets allowed,'” she told the BBC. Her “pet” was wearing a bright orange vest that said “Guide dog,” which you might have thought would tell the staffer the dog was not a “pet.”

The problem wasn’t just a single misinformed, hostile clerk, either. Two of his colleagues joined in, according to Makri: “I said it’s a guide dog and I’m registered blind, but his two other cashiers joined in the shouting match. It was very upsetting in terms of the language and the tone.” 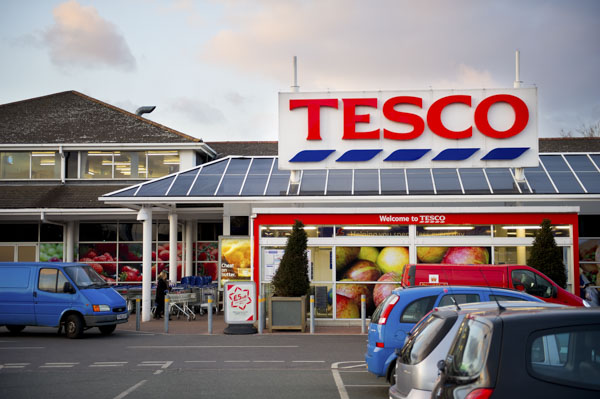 Other customers in the line tried to support Makri’s right to have a guide dog, but they were also shouted down. Eventually she left without her purchases and burst into tears just outside the store.

Tesco is getting ripped apart for the incident in social media as well as traditional publications. Makri has gotten a lot of support on Twitter and has said explicitly that she blames Tesco’s corporate heads, not the workers behind the counter:

I am so touched by everybody’s support! Disabled people should form part of the social fabric of our communities #equality

To clarify, I blame @Tesco, a multinational worth billions for not putting proper training in place, not the staff that are on minimum wage

Tesco can hardly afford this kind of bad publicity now, of all times. The supermarket chain is undergoing severe financial troubles, and just today it was reported that Warren Buffett dumped 245 million shares in the company. Buffett says that investing in the company was a “huge mistake” and he’s lost as much as £500 million (that’s about $804.1 million). The incident with Makri may just be an example of the company’s problems on a smaller scale.

However, Makri’s Twitter feed says that this isn’t the first time she’s been denied access since moving to London:

Everywhere I turn I’m being refused access with my #guidedog since I’ve moved down to #London. What’s wrong with you people #imissleeds

It seems that Americans and Brits have something to learn about opening their societies to disabled people, and about guide dogs in particular. Good luck to Maya Makri and her dog, and hopefully other merchants will learn from Tesco’s cock-up.

Via BBC and The Daily Mail