Next on The Scoop: Can Dogs Eat Pineapple? What to Know About Dogs and Pineapples
Celebrities 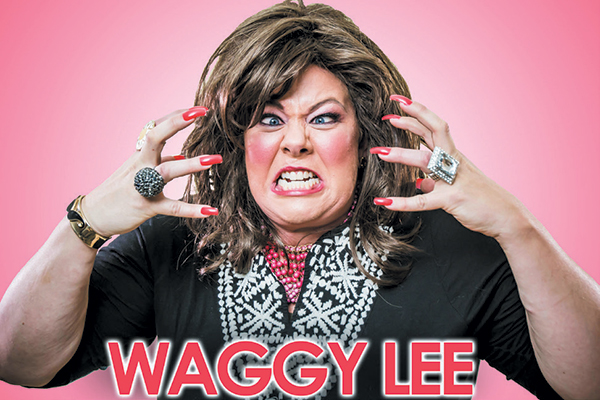 Actress Lisa Linke's two pups inspired her to get involved with other rescue-dog efforts — and incorporate her love of canines into her comedic work.

The drive to Hollywood is often a solitary one for a performer with a car full of boxes and a head full of ideas. For actress Lisa Linke, though, the journey from Chicago to Los Angeles was anything but lonely. She definitely had a head full of ideas, but she also had her two rescue dogs, Wrigley and Zoey, along for the ride.

“They got to go to the Grand Canyon, they got to stay in hotels, we got to do this road trip,” says Lisa, known for her appearances on NBC’s This Is Us, ABC’s Modern Family and the Netflix series LOVE.

Wrigley and Zoey helped Lisa make that major life transition, but years earlier, Lisa helped each of them transition from rescue dogs to beloved family members. Wrigley, now 14, came first. A Shepherd mix who looks like a Carolina Dog, he was in Chicago’s Anti-Cruelty Society shelter when Lisa came in. “When it was time to put him back in his crate, he kind of leaned up against me,” she remembers, adding that she knew he was the one.

For several years Wrigley and Lisa were a duo, but one cold February day, Lisa’s neighbor found a stray. Since he already had a dog, children and a baby on the way, he asked Lisa if she was looking for a second dog. “And I said ‘Absolutely not’,” she recalls. “He said ‘I’m trying to take her to the shelters, but they’re full.’”

Unable to turn away from a dog in need, Lisa told her neighbour her father was looking to adopt and took Zoey — a Golden Retriever mix — with the intention of getting the dog healthy and trained before handing her over to her dad. Zoey quickly turned on the charm, however, and earned herself a permanent spot in Lisa’s household.

“She hopped up and laid her head on my stomach like, ‘Is this what we do?’ And I just thought, ‘I can’t give her away’,” the actress recalls.

Zoey, now 12, proved to not only be a great companion, but a great cast member, too. When Lisa was starring in a play that parodied disaster movies, she realized every disaster movie has an adorable dog, and Zoey got the part.

“At one point in the piece she would run from the back of the theater up onto the stage and jump through a ring of fire, which was a hula hoop with construction paper on it,” Lisa recalls.  “She was everybody’s favorite part.”

When the trio relocated to Los Angeles, Lisa continued to cast Zoey and Wrigley in her projects, including the hilarious Dog Moms web series, a send-up of the reality TV show Dance Moms, and another comedic web series called Dog Therapist.

Her dogs inspire her to save the lives of other pups, too

Zoey and Wrigley haven’t just inspired Lisa professionally but in how she spends her personal time, too. She volunteers with L.A.’s Downtown Dog Rescue, an organization that’s as dedicated to helping people keep their pets (by doing things like building fences or helping with the cost of a licensing fee) as it is to getting pets out of shelters.

Lisa is often seen on television, but in her role as a rescue transport volunteer she’s telling a different kind of story through a different medium. “On my Instagram stories you’ll see me every once in awhile with a beautiful pup who is getting their freedom ride or going to the vet while their family is between homes.”

Heather Marcoux is a freelance writer and two-time dog mom to GhostBuster and Marshmallow. Despite their movie-inspired names, Heather’s dogs aren’t in any web series — but they are on the web as the @ghostpets on Instagram. You can find Heather on Twitter.