Next on The Scoop: Uber Delivered Puppies Yesterday — but Was That a Good Thing?

An Astronaut Creates His Official NASA Portrait — With His 2 Dogs

Leland Melvin, who also hosts the TV show "Child Genius," sneaked in Jake and Scout for the shoot.

John Glenn, Gus Grissom, and Alan Shepard were among the pilots and astronauts said to have “The Right Stuff” for NASA’s space program in its infancy. Modern-day astronaut Leland Melvin has a new adaptation of what it takes: two dogs. 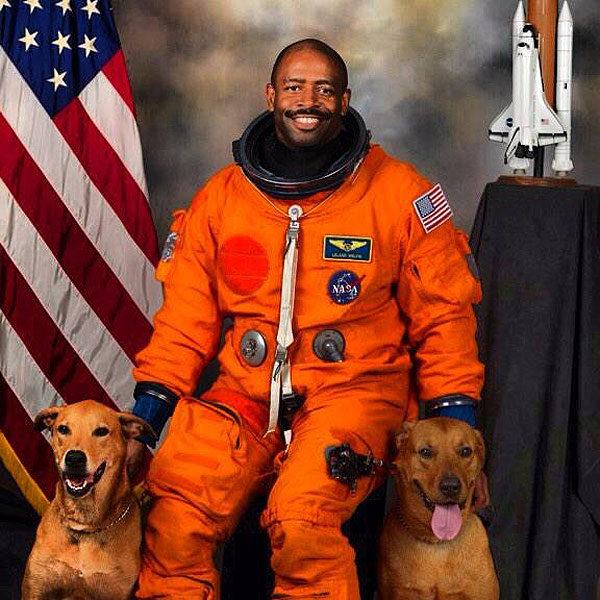 Melvin put on his bright orange spacesuit and sneaked in his two dogs, Jake and Scout, to the photo session that produced his official NASA portraits, the Houston Chronicle reported. Funny thing is, he didn’t circulate the photos on the Internet. Someone did that for him. Apparently it was a fan, a bloke named Mark Carey who lives in Washington state. 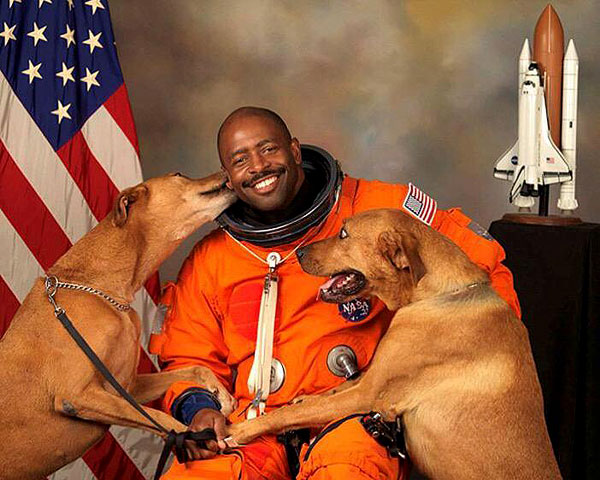 “You have the best astronaut photo!” exclaimed Carey on Twitter. He goes by the handle @isorude_mark.