Next on The Scoop: Ask a Vet: Can Dogs Develop Alzheimer’s?

Breezy the Lab Was Beaten and Left In a Trash Container; Now She’s Looking for a New Home

The Ottawa Humane Society seeks donations for her care; her former owner could face jail time.

You might not want to read this story. I’m not sure I want to write it. At the very least, you want to make sure you’ve had your coffee and don’t have any large, heavy objects nearby that you might want to throw. Sometimes, reading about the sick things that people can do to animals is just a lousy way to start the day. 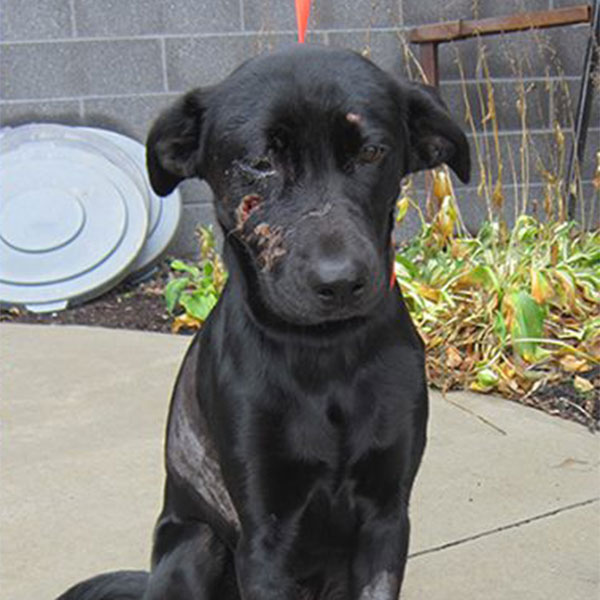 This particular example of brutality against animals is a black Lab from Ottawa named Breezy, who was beaten with a shovel and a rake and tossed into a trash container and left for dead. Police are charging Breezy’s 24-year-old owner, Steven Helfer, with criminal harassment, intimidation, two counts of assault with a weapon, and willfully causing pain, suffering, or injury to an animal. Neighbors called the police when they saw him kicking and beating Breezy; whenever anyone tried to approach, he threatened them. 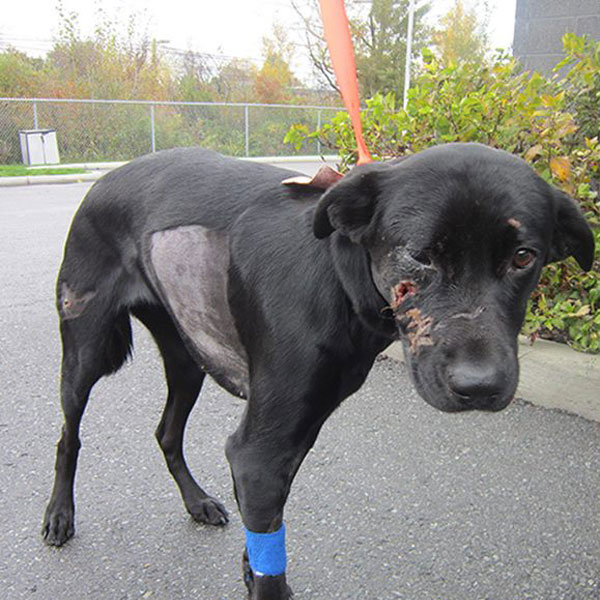 It’s not the first time that the neighbors reported Breezy being abused. Someone called in a report before that the dog could be heard crying and whimpering inside the house, and that they never saw it outside.

So if there’s a good side to all this, it’s that Breezy’s owner finally decided to flaunt his abusive side outside on the street, where everyone could see it, and got the book thrown at him for his trouble. 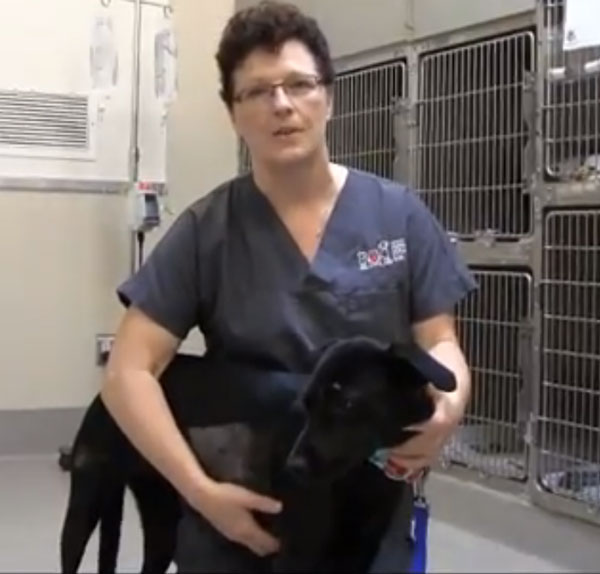 And it may end happily for Breezy, too. Staff members at the Ottawa Humane Society took her into their critical care unit, and they report that she’s doing “very well.” That means that she’s come a long way, considering that when she was brought in on Oct. 16, they were uncertain if she’d even survive. She’s been upgraded from critical to stable condition, and after only a week, the society reported that she was eating and walking on her own, and even wagging her tail.

Helfer faces up to five years if prosecutors try the case as an “indictable offense.” An online petition has been started, asking that Helfer be given the maximum sentence if convicted:

We call on Crown Attorneys to proceed by way of an indictable offence in the case of alleged animal cruelty against Breezy the dog and ask that, IF Steven Helfer is found guilty of one or more of the charges, Crown recommend to the judge the maximum sentence available under the law and the honourable sentencing Judge in the Ontario Court of Justice apply the maximum sentence available for these offences, including a lifetime ban on owning animals.

While jail time certainly sounds appealing, the last bit might be the most important. As for Breezy herself, she’s still in need of medical care; she was scheduled for cranial X-rays last Thursday to determine if she’s suffered any brain damage and how much, but as of this writing, the society hasn’t reported on the results. For those interested in helping Breezy on her road to recovery, the Ottawa Humane Society has a page for donations to her medical expenses.

Via: The Ottawa Citizen

One comment on “Breezy the Lab Was Beaten and Left In a Trash Container; Now She’s Looking for a New Home”