Next on The Scoop: Brightly Colored Eyes Have Kept This Dog in Shelters 7 Years

Everyone assumed the worst and was devastated, until a hiker delivered some very good news.

Oregon’s Columbia River Gorge is an area of unparalleled scenic beauty, with waterfalls, dense vegetation, and cliffs. Lots of cliffs. One of those cliffs nearly did in a spirited Labradoodle named Gracie, but this dog knows how to take a tumble. 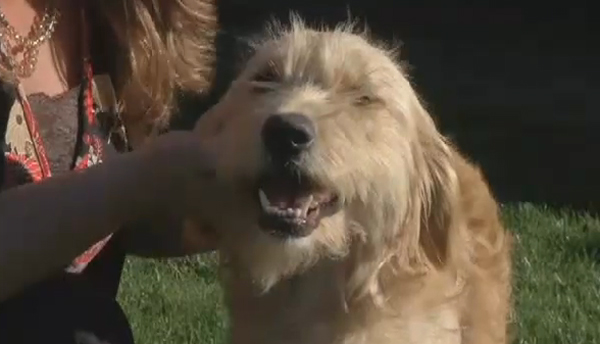 It happened on Sunday, when Michelle Simmons, her kids, and her dog Gracie were part of a large hiking group, which included another dog, enjoying a trail in the Punchbowl Falls area of the gorge. As dogs will be dogs, they started playing on the trail. Gracie got a little too close to the edge of the cliff. Then Gracie went over the cliff.

The hiking group was frantic, but it could do nothing, according to Fox 12.

“We were all just hysterically crying, we were all just devastated. We thought we had just witnessed the worst thing — your dog falling down a cliff,” Simmons said.

“We kept hearing her rolling and rolling and heard her hit on the ground, and she yelped out, and we didn’t hear anything after that,” she said. “We thought we had lost her.” 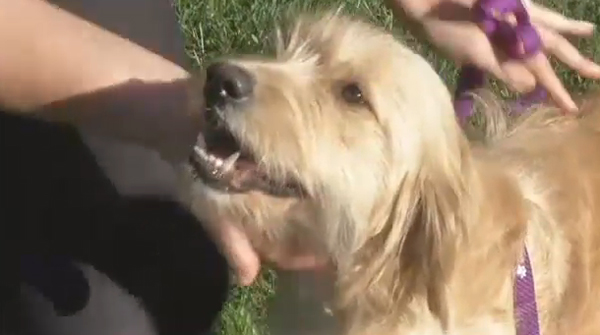 As the dog was out of sight and silent, everybody assumed the worst; it seemed impossible that Gracie survived. After the family sorted out their feelings and contacted authorities about what had happened, they held an impromptu memorial service right on the trail, remembering their beloved family dog.

It was during that service that a hiker approached. “I saw your dog, I saw your dog!” he said, according to Simmons. “You’re dog is alive! I saw it on the ledge.”

Gracie had tumbled 200 feet and survived.

The Oregon Humane Society Technical Rescue Team was called in to get the dog, but it took some effort. First the rescuers had to make the one-hour hike up the steep Eagle Creek Trail. Once there, the team lowered a rescuer down the 200-foot cliff in darkness.

He radioed up with good news, and Simmons was stunned at what she heard.

The rescuer fitted Gracie in a harness and hoisted her up, and the dog appeared fine. 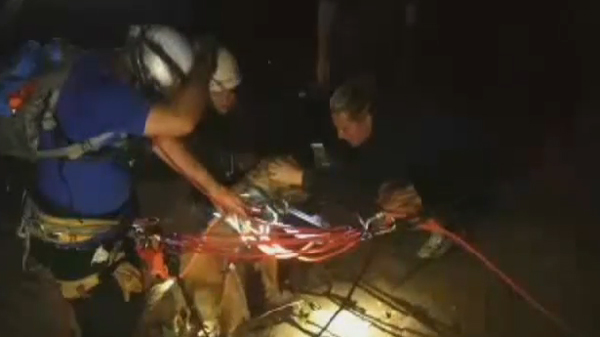 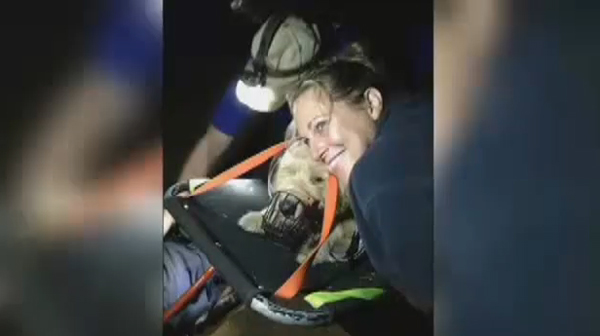 “They pulled her up,” said Simmons. “I couldn’t believe it until I touched her head and I kissed her and said, ‘You’re alive!'” 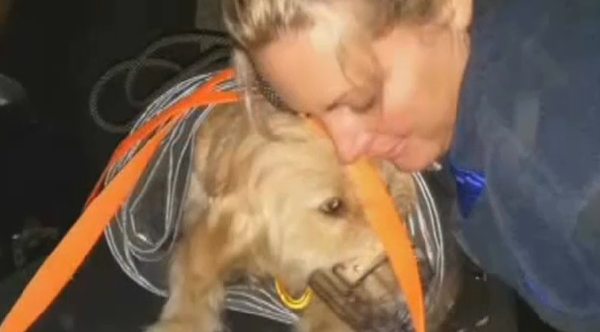 Gracie was able to hike out of the gorge on her own, and she was taken to the Oregon Humane Society for treatment and X-rays, which showed no serious injures. She just got a cut on her lip.