Next on The Scoop: Who Will Win Westminster? Our Predictions for the Final Day of the Dog Show

The writer/director/actor beautifully expressed the grief of losing a longtime pet yesterday, and why the experience is worth that heartbreak. We understand, even if others on the Internet don't.

My condolences, and those of all of us here at Dogster, go out to movie director and actor Kevin Smith. Yesterday morning, Smith posted a picture of himself cradling his dog, Mulder, with a heartfelt message about his pet’s impending death:

Dark day in our household: our oldest dog Mulder is dying. As I’ve spent the last year carrying him around like Hodor, I’m not taking this terribly well. They never tell you when you get a dog, but there is a price to pay for being the recipient of 17 years of unconditional love, loyalty and companionship: they take a huge chunk of your heart with them when they go. 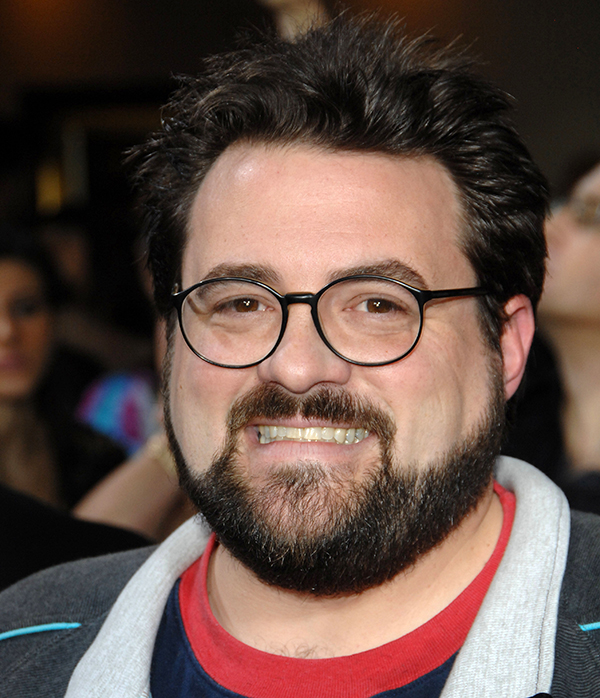 While the grief in Smith’s post is easy to understand whether you’ve had a pet or not, some of his references do require translation for non-geeks. For those not familiar with Game of Thrones, Hodor is a servant who carries the young Bran Stark around in a sling after he’s disabled in a fall.

Later, Smith posted an update that his friend and companion had finally passed:

1pm UPDATE: He’s gone. RIP Mulder, my Buddy-Man. Thank you for 17 years of sheer joy and affection. It took a dog like you to make me a better person.

The death of a pet is not itself newsworthy, and neither is the grief, but Smith expresses both in an especially touching and clear way that should resonate with anyone who’s lost a pet. You get used to having them around, and then for whatever reason, they’re not. 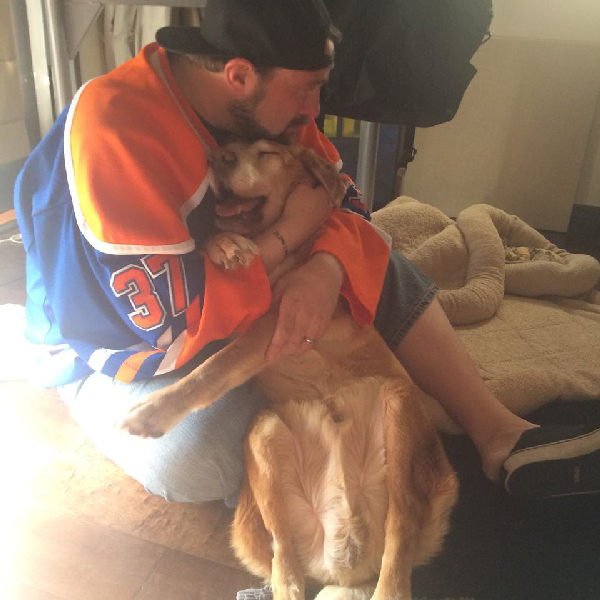 It seems reasonable in this day and age to express one’s grief through social media, but when Smith did so, some people took it as an excuse to strike at him. The picture was reposted on Reddit without Smith’s text, which resulted in some people condemning him as an “attention whore.”

Knowing the Internet, I don’t think that the people who condemned Smith for sharing his grief publicly would have held back even if the text had been included. The fact is, some people just think that celebrities need to be taken down a notch or three at the earliest opportunity, and any display of emotion or vulnerability is the perfect opportunity. Witness how quickly a moment of quiet brooding by actor Keanu Reeves was distorted into the “Sad Keanu” meme in 2010.

To his credit, Smith was even able to take the meanest comments with graciousness, and make them into a tribute to his relationship with Mulder. The small Internet scuffle made it into the Daily Mail, and Smith wrote:

Still, all that aside, it was oddly touching to read about the death of one of my closest friends in a UK newspaper. The fact that said friend wasn’t a celebrity to anyone (but me and my family), and that he was, in fact, a dog makes it even weirder, but no less wonderful. Because of this article, someone in the UK might pull a pint for Mulder tonight.

Once again, our condolences, and congratulations to Kevin Smith for articulating the feelings that are so familiar to pet owners everywhere.