Next on The Scoop: The Jug: Get to Know a Hybrid Breed

The TV host shows a remarkable lack of awareness during a month that's all about, well, awareness.

Here we are, in the thick of Pit Bull Awareness Month, and a major television personality waltzes in with a statement that shows zero awareness of Pit Bulls.

Kelly Ripa, yesterday on her show:

“But the gangster’s dog is uh, I mean if it’s a gangster it would have to be a dangerous, uh, Pit Bull kind of dog, right?”

A little context: Ripa is talking to Christopher Walken about his movie, Seven Psychopaths, which we have covered to the hilt here and here, because it is about gangsters stealing dogs. (It’s a comedy.)

Granted, interviewing Walken is enough to throw anybody off her game, but if Ripa were aware of Pit Bull Awareness month (like we’re asking everybody to be) she wouldn’t be making careless statements about Pit Bulls.

To be fair, she seems to be little fumbled up in the thought-department (again, Walken is right next to her), and she might be trying to say only that gangsters have dangerous dogs (which many do, because they make the dogs dangerous). 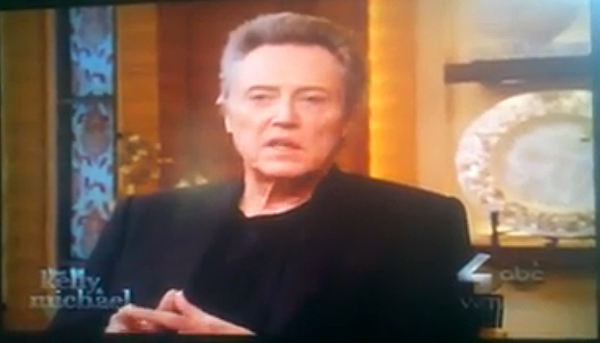 But it comes out very poorly, and she ends up repeating the lie that Pit Bulls are dangerous. It’s also sad and incredibly damaging that her go-to breed for “dangerous dog” is a Pit Bull. For her to say such a thing on national TV is irresponsible, to say the least. Thus far, no apology or explanation has come.

This is exactly why we need Pit Bull Awareness Month.

Dogster Poll: Do you think Kelly Ripa was careless in her Pit Bull comment?

Watch the video here. Via Ecorazzi