Next on The Scoop: Why Does Dog Pee Kill Plants? And What Can We Do About It?
Working Dogs 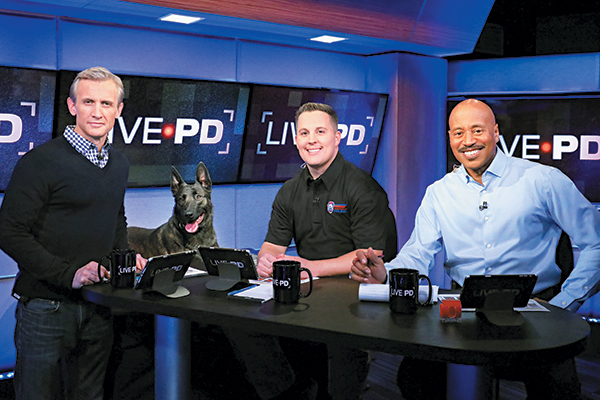 A prominent K-9 in the field and a family member to his handler, Sgt. Denver, Flex is the four-legged star at A&E's 'Live PD.'

He’s one of the breakout stars of A&E’s Live PD, the real-time cop show that lets viewers ride along with police officers across the country. Viewers have watched K-9 Flex, a Dutch Shepherd with the Jeffersonville Police Department in Indiana, sniff out lies and narcotics during traffic stops and even catch a nap while appearing in studio. He’s a fan favorite, and his handler, Sgt. Denver Leverett, is happy to let this amazing K-9 shine. 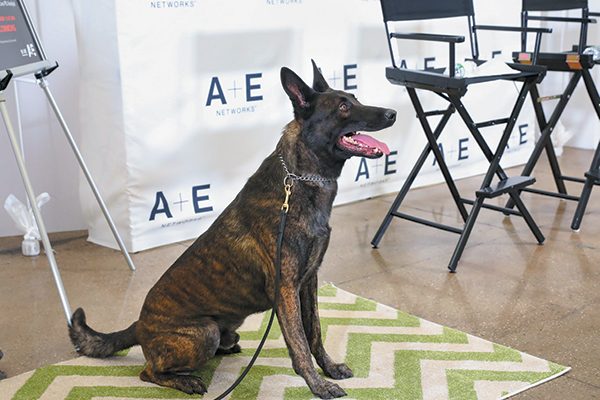 “Around town he is recognized, he is somewhat of a celebrity. I would rather all the credit go to him than [to] me,” Leverett tells Dogster. Flex is certainly worthy of the admiration, but whether Leverett likes it or not, he deserves some of the credit for Flex’s success.

The bond the duo shares is part of the reason why Flex can do the things he does, like when he made a massive bust by sniffing out a pound of methamphetamine during a traffic stop. “That’s about $10,000 worth of drugs,” Leverett explains.

Another notable moment in Flex’s career came when an individual high on methamphetamine attempted to evade police by barricading himself in an attic. After two hours of negotiation, Flex was hoisted into the attic on a harness, and the suspect went to jail.

“The funny thing is we’d only trained one time for this scenario,” the handler recalls. “He did his job remarkably and without flaw.” Thanks in part to Flex, a team of police officers were able to go home to their families.

Sgt. Leverett and Flex go beyond partners in crime 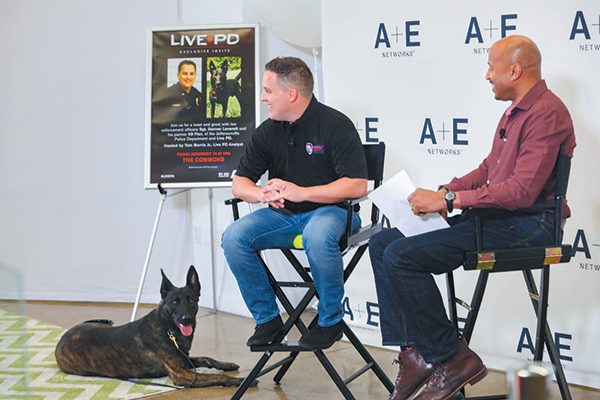 To Leverett, Flex is family. The father of one calls the dog his “second child” and notes that Flex takes a totally off-duty attitude when hanging out with his wife and 2-year-old son.

On the job though, Flex is all business, as calm and cool as a cop dog should be. Leverett says Flex, who is his fourth K-9, takes on his handler’s personality when at work. If Leverett is calm, so is Flex, so Leverett is always calm.

“It flows right down the leash from me to the dog,” he says. “Whenever I get amped up, whenever I get excited, he gets excited. If he’s barking, he’s excited, if he’s kind of amped up, well, then he’s not using his nose.” 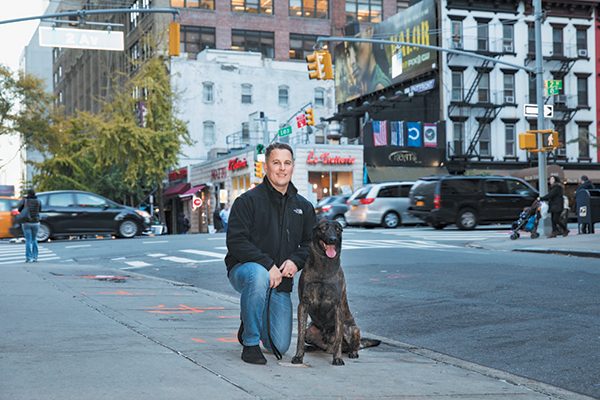 Knowing how to keep his K-9 calm is one of the many things that comes with having 17 years of experience as a K-9 handler. “My first dog, Dutch, I would say probably the bond that we had will never be duplicated, because he was my first dog. He passed away due to medical issues and age.” After that, Leverett was paired with Oz, then Buck before being matched with Flex.

The officer’s love for police dogs is older than his career. “When I was a kid, I would ride with K-9 officers, I developed my passion,” says Leverett, who applied for a spot on a canine unit as a rookie and assured the police chief that he was in it for the long haul. “My word is my bond, and 17 years later I’m still doing it,” he explains.

Flex is equally as loyal to Leverett, giving police work his all and even taking on another job at home (despite Leverett’s objections). “He is the living, breathing mole exterminator. I have holes all over my backyard that I’m always bringing in topsoil and seed [for]. He drives me crazy, but if that’s the one thing I have to complain about, I’ll deal with it.”

Heather Marcoux is a freelance writer who is married to one of Live PD’s biggest fans. Heather and her dogs, GhostBuster and Marshmallow, especially like Flex’s segments. When she’s not watching Live PD, Heather is on Twitter as @HeatherMarcoux.

Read more about other amazing dogs on Dogster.com: