Next on The Scoop: 5 of Our Favorite 2014 Dog Halloween Costumes

Sweet Gina escaped on Halloween, but after Biggs put his half million followers on the case, she quickly made it home.

In the old days, if a celebrity lost his dog, he might call the mayor or the chief of police — or even the president of the United States if he was George Lucas and Star Wars had just hit theaters.

OK, maybe not. But the point is: Twitter. Twitter has revolutionized lost-dog-finding operations, and celebrities, with their follower counts that run into the hundreds of thousands, are uniquely situated to put those followers to work — finding their dogs.

Witness Jason Biggs (American Pie and Orange Is the New Black). He lost his adorable dog on Halloween night, and he and wife Jenny Mollen (Angel) immediately turned to his half million followers to get the word out. They ran a perfect campaign. First, the announcement, paired with a precious photo: 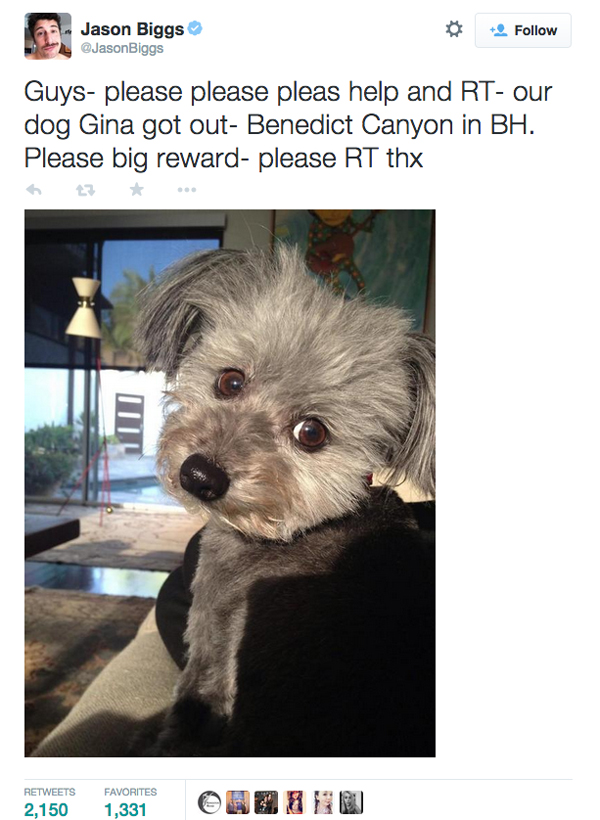 He included vital information and again showed how adorable Gina is. 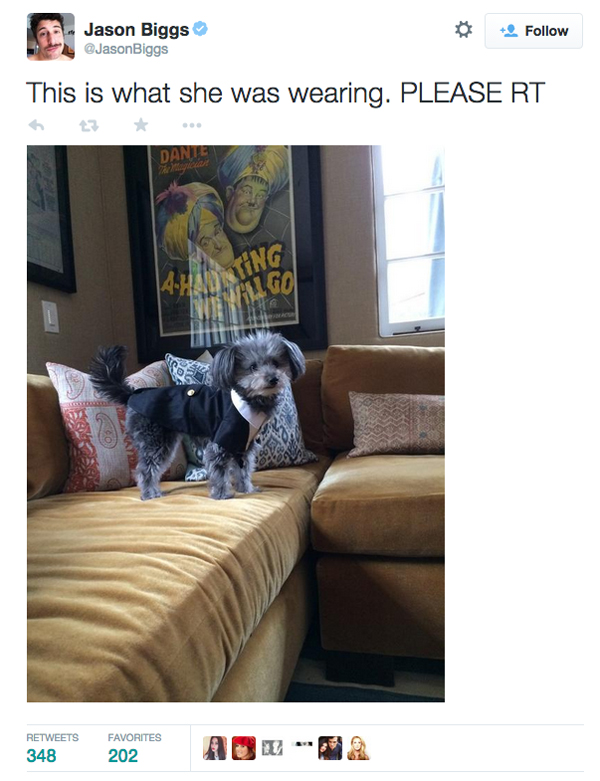 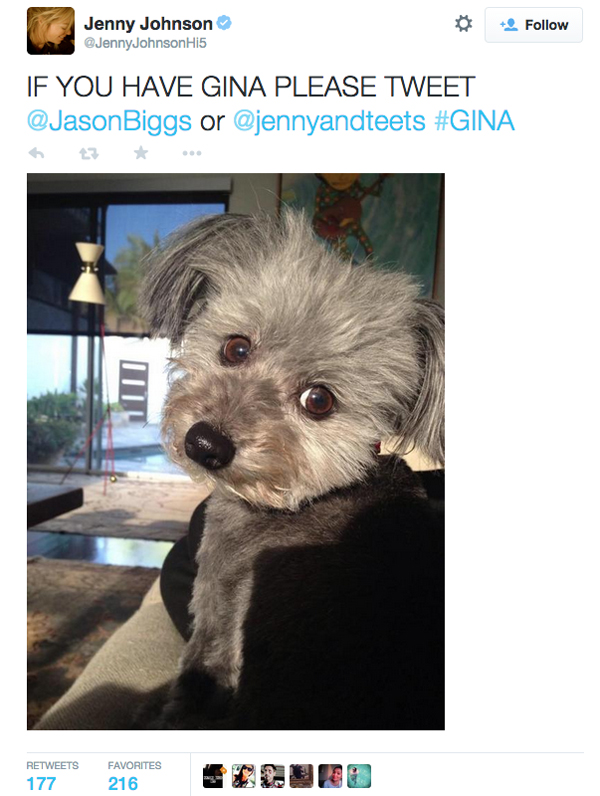 He provided updates as they came in: 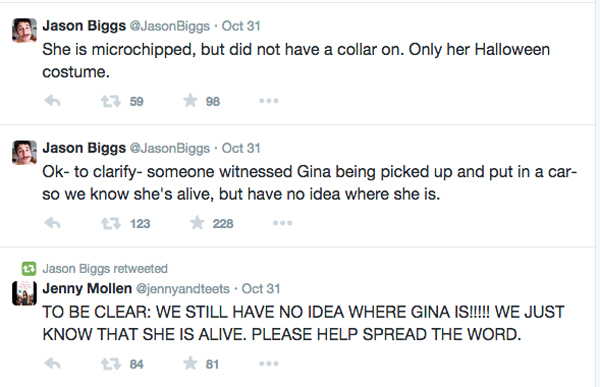 And then, the miracle happened. The tweets eventually made their way to the woman in the van who had picked the dog up, and Gina was returned to Biggs. The Good Samaritan had scooped up Gina off the road, assuming she was lost. Biggs quickly relayed the good news to his followers: 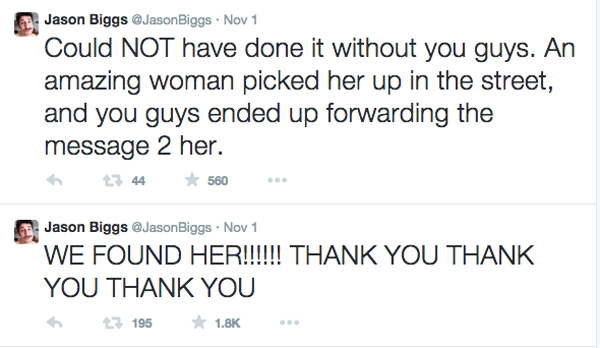 And then he set about thanking all the people who helped him, including TMZ:

Finally, he gave us the victory shot: Gina back at home with her family. 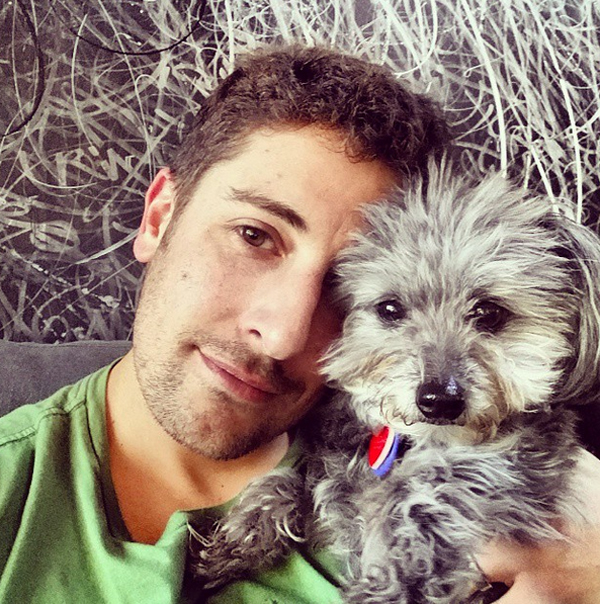 All in all, a good day for Twitter. And Gina.

Read more about lost dogs getting found with Dogster: