Next on The Scoop: 5 Lessons on Life and Love My Dog Taught Me

In Japan, Devoted Owners Nurture Their Robot Dogs Against the Odds

Think of this as one more chapter in the inevitable robot apocalypse. It’s a very different chapter than the one we told yesterday, when we showed a video of engineers kicking around a robot dog. This one is also about robot dogs, but without the violence. Actually, it’s about people who love their robot dogs and only want to give them the best, but won’t be able to do that for much longer. 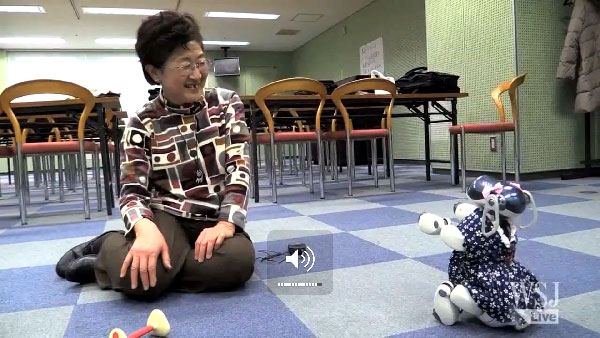 In 1999, Sony Electronics introduced the Aibo, a highly sophisticated electronic pet. The Aibo could respond to sound and motion, obey (or disobey) verbal commands, express happiness or discomfort, and even be programmed with new sequences of movement and response by owners. It was sophisticated enough that games of Aibo soccer became common.

In the seven years that it was on the market, more than 150,000 Aibo units were sold. It was an icon of what devotees call “Weird Sony.” But faced with financial troubles that wouldn’t allow it to support the eccentric innovations of Weird Sony, the company halted production of the Aibo in 2006. 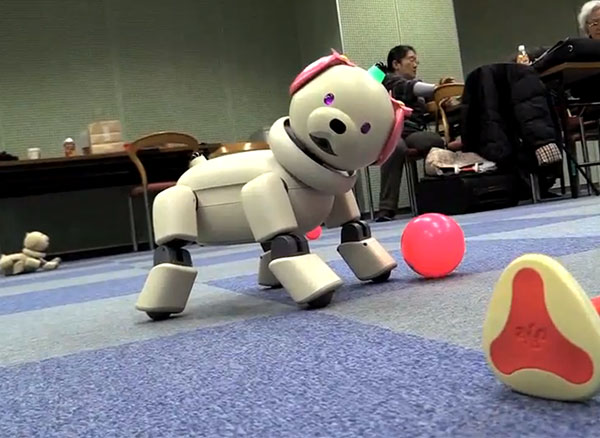 Last March, they did something that was even more devastating to owners of the small plastic and metal dogs; they ceased production of the replacement parts that could be used for maintenance of the Aibos that were still around.

An article in the Wall Street Journal (and accompanying video, embedded below) poignantly tells the story of Aibo fans in Japan who are struggling to keep their pets functioning. It’s not just a matter of keeping an appliance running, as if you were repairing an aging laptop or a dishwasher. For many Aibo owners, the little pups have been part of their lives for many years and are like family. 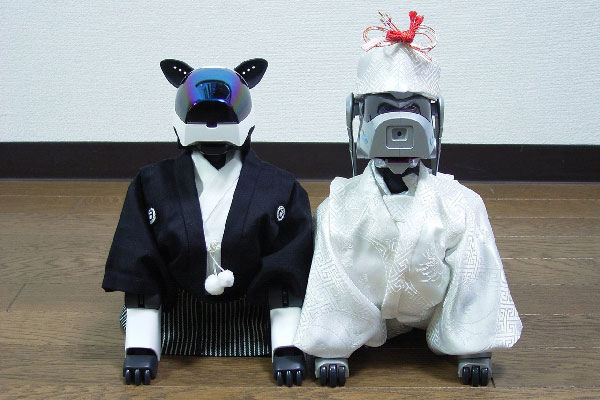 Take, for instance, Yahui and Tatsuo Matsui, who feature prominently in the article and the video. The couple originally met in 2001 at a meeting of Aibo lovers. Three years later, they got married. “Because she is shy, we created a story that my Aibo and her Aibo got married,” Tatsuo says (via interpreter). “Which spontaneously led to our marriage.” Doggy and Ai, the Aibos who had brought them together, attended the wedding dressed as a traditional Japanese bride and groom.

Now 13 and 15 years old, the two Aibos are slowing down. “Whenever Doggy finds Ai, he tries to greet her, but she rarely responds,” Tatsuo says. “Mostly she ignores him.” 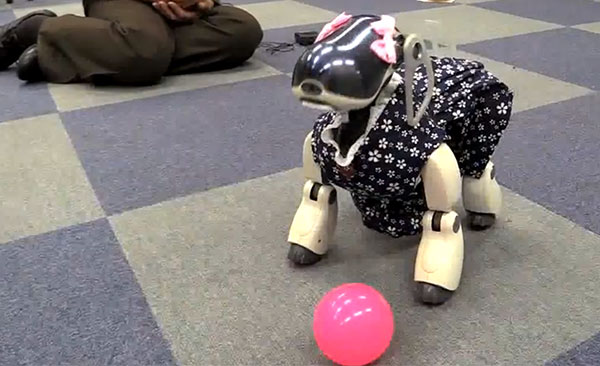 In that line, the story of the Aibo owner starts to seem heartbreakingly familiar. All pet owners go through it at one time or another, watching age catch up with their beloved pets, their energy and vigor slipping away until they finally stop altogether.

For the Aibo owners, though, there isn’t even the comfort of being able to take their pets to the vet. Sony essentially closed down the Aibo equivalent of veterinarians last year — or at least ceased to make the medications that could prolong their passing.

There are still options, but they will inevitably diminish over time. The monthly meetings for Aibo owners such as the one that the Matsuis met at were once casual social gatherings. Now, the owners help each other repair their pets. When the news came out that Sony was discontinuing maintenance parts, some people started looking for old broken Aibos that could be scavenged for parts.

For serious repairs, owners go to Nobuyuki Norimatsu, a former Sony repairman who now works in Chiba, a city near Tokyo. Norimatsu’s fees for repairing Aibos start at $200, but for now many see him as their only hope.

Is it strange to lavish so much attention and love on an electronic dog? Perhaps, but many would say the same thing about the devotion that people give to their flesh-and-blood dogs. If the love seems strange, then the sense of loss as Sony turns its back on Aibos and their owners, is very familiar.

Posted in Dogs and Tech,