Next on The Scoop: How Do Dog Whistles Work?

Janet Mihalyfi has been searching for her missing dog for more than a year. Many have stepped forward to help, but others think she's a nuisance.

How much would you spend to find your lost dog? It’s a traumatic experience for anyone when their dog runs away or is stolen, and most will spend days or weeks putting up flyers, sending out notices on social networks, and searching local dog shelters. But despite the occasional happy story like Mike Nuanes’s reunion with his dog after seven years, the chances of finding your dog decrease exponentially after the first few days. After that initial burst of activity, most people set into a period of mourning and then resignation. 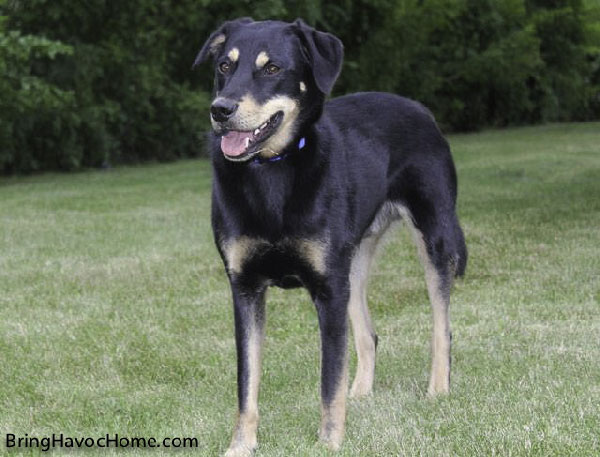 Janet Mihalyfi is the exception. Sunday marked the one-year anniversary of the day her dog, Havoc, disappeared. One year later, she’s spent an estimated $35,000 trying to bring her dog home. That money includes expenses for flyers, staple guns, cameras, and even trained dogs to hunt for him by scent. According to a profile published in The Washington Post, she’s built up a network of more than 200 people who watch for Havoc and provide emotional support. 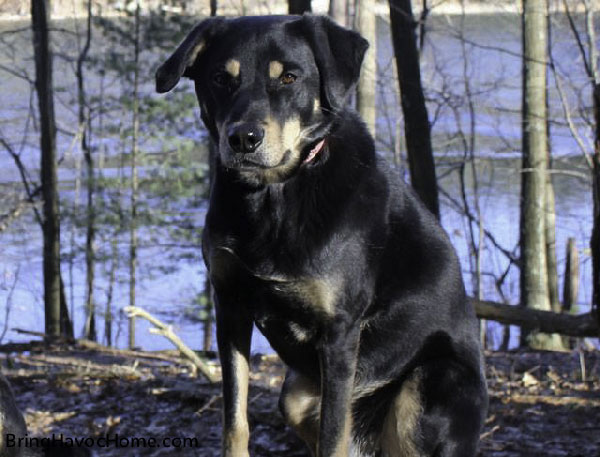 Not all the responses to her campaign have been positive. In February, BethesdaNow ran an article about how some people in the community think her campaign has crossed the boundary from concern to obsession. One example was an anonymous complaint submitted to BethesdaNow’s site:

Can anything be done to put a stop to the constant postering of missing dog-Havoc-that has been going on along MacArthur Blvd, Mass Ave, Sangamore Rd, and throughout our neighborhoods? While I’m sure most everyone sympathetically wants this individual to find her dog, this assault/nuisance has been going on since November, with posters covering just about every surface (street signs, lamp posts, utility poles, trees) at every major intersection, as well as very poles on the side streets. Recently, the Westmoreland traffic circle had posters taped and/or stapled to every traffic light/sign post/trash can both outside and inside the circle. I thought that MD had a new law against illegal postering along state highways (which includes Mass Ave), with a fine of $25 per poster.

Mihalyfi herself has said that her campaign to find Havoc has attracted stalkers, but not the kind that stalk her — they aggressively go around and tear down her flyers. “I’ve gotten overwhelming support,” she told the site. “But on the darker side of things are these cranky people, and I really don’t understand it. It’s a piece of paper. If it means getting this living, breathing dog that’s scared out of its mind and hungry and cold home, then what harm is it doing to have this piece of paper up?” 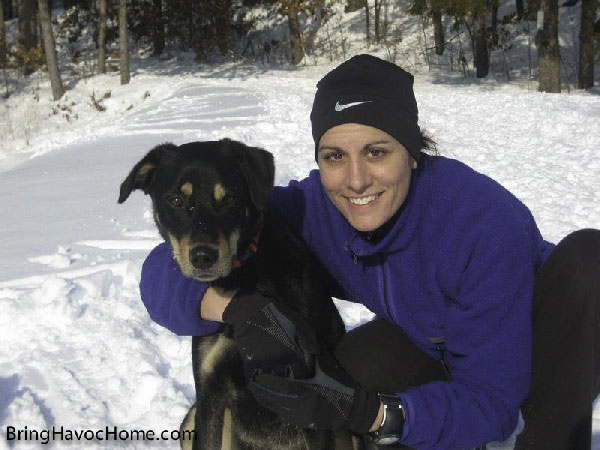 Mihalyfi has both a website and a Facebook group dedicated to finding Havoc. The website includes a Google map with flags showing places where Havoc has reportedly been seen. Mihalfyi thinks that not only is Havoc still alive, but free and roaming the relatively small area around the Dalecarlia Reservoir where he disappeared.

That may be the most improbable part of the story. Even in a wealthy, rural area like Bethesda, it seems amazing that a large dog would remain free for a whole year. In an article published by The Washingtonian, one of her own volunteers who says she spotted Havoc describes the incident in mythological terms:

Four days after that, volunteer Maureen Reese was combing the woods when a black-and-tan, Rottweiler-type dog appeared ahead of her on the trail. Reese froze — something the tall, platinum-blond actress excels at, thanks to playing “living statues” of Greek goddesses and the Statue of Liberty at parties — but as quickly as the dog materialized, he withdrew into the trees.

“It was like seeing Nessie come out of the lake,” she says.

Nevertheless, the people in her network stand by her as defiantly as her determination to bring back Havoc. The Washingtonian quotes another of the volunteers, a woman named Jennifer: “I have people who say Janet’s delusional, that she’s crazy. I can’t wait till we find him, so I can say, ‘F— you.’ “

What do you think? Would you go to these lengths to find your dog? At what point do you need to just say goodbye?

Read about lost dogs who were found with Dogster: