Next on The Scoop: What Causes Hair Loss in Dogs?
In the News

European Inventor Wants to Get Power From Dog Poop

Océane Izard has conceived a device that converts dog poop into methane so you can power your appliances. Could it be practical someday?

People get pretty emotional about poop. You’ve probably noticed this; owners who don’t pick up their dogs’ poop have become such an issue in some places that some places have implemented DNA-testing programs to catch the perpetrators. (Poopertrators?)

Geneva-based inventor Océane Izard has a more constructive idea for poop. She wants to use that poop to run your electrical appliances.

Izard has come up with this thing that she calls the “Poo Poo Power,” which she claims will help you put your dog’s poop to good use. Instead of tossing it out, you’re supposed to take the poop, put it in a biodegradable bag, and then drop both into the Poo Poo Power, which uses bacteria to break them down into methane. The methane charges up four batteries, which can be detached and used to run a fan, charge your phone, or whatever. 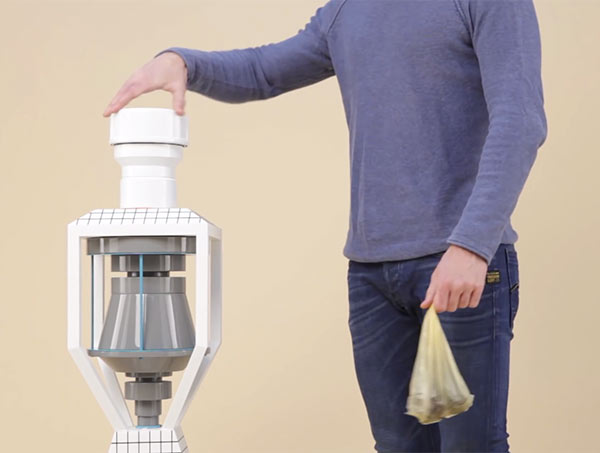 Izard told FastCoExist.com that she wants the Poo Poo Power to change how people look at their dogs’ waste. “For me, it should not be taboo,” she said. “Dog owners pick up their dog turds every day. This is certainly an ordeal. That’s why there’s so much in the streets. But with this machine, people will want to bring [home] this precious gift that their dogs do one to two times a day.”

Making electricity from fecal matter is not in itself an innovation. However, it’s usually done on large scales, such as when cattle farms recycle manure to power their machinery. Getting the electrical needs of an entire household from dog waste is something entirely different, and not likely to be practical for some time. Izard herself has done the calculations for just how much poop you would need, and she says it comes out to about six or seven dogs per person. That’s a lot of dogs, no matter how much you love them. You would probably wind up spending more money on food and medical care than you would save on your bills. Of course, you get more power out of dogs that poop more.

“For example, for a German Shepherd, the amount of poo is different from that of a Beagle,” Izard told FastCoExist. “For a Beagle, it creates between 250 and 340 grams of feces per day. This allows you to run a fan for two hours. For a German dog, it’s twice as much. It could almost run your fridge.” 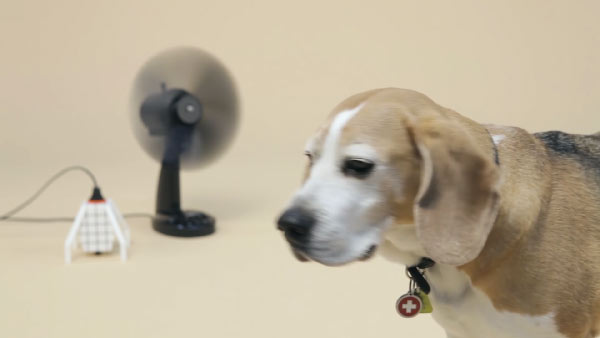 In the end, the dog gets to cool off with the power of his own poop.

For now, Izard’s machine is more of a conceptual art project than a practical device. Think of it as a statement of the power of poop. “I have always believed in the potential of my dogs’ droppings,” she said. “I’ve also lost count of the times I’ve walked in shit.”

If nothing else, having such a machine at home might encourage people to pick up behind their dogs, just so that they could save on their electrical bill. Maybe someday it’ll be closer to being a reality, or we might see cities putting money into large-scale programs instead of playing CSI: Dog Poop via DNA testing. You can see how the machine works in the video below.