Next on The Scoop: Benno the Belgian Malinois Ate 23 Rounds of Live Ammo
IN THE NEWS

Indiana Salon Turns Away Veteran Because of Service Dog

Solutions Day Spa in Kokomo, Indiana, refused to give military vet Jody Mitchell a haircut unless she left her service dog in the car.

You would think by now people would have learned about the rights of service dogs in public spaces. Unfortunately, it’s just not so. Jody Mitchell, a U.S. Army veteran who lives in Kokomo, Indiana, says that she was denied a haircut at a local salon because she had her service dog, Ella, with her.

As a result of her time in the military, Mitchell has PTSD, hearing loss, and mobility problems. Ella helps her deal with those problems on a day-to-day basis. “She has added a whole new sense of independence and freedom,” Mitchell told local station Fox59. “I take her, obviously, everywhere with me, and pretty much everybody is very accepting of her and loving of her.” 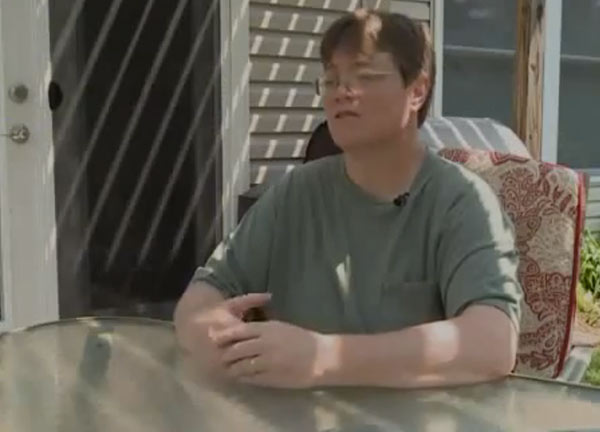 Jody Mitchell says she was rejected from the salon because of her service dog. (Screenshot: Fox59)

Everyone, that is, except the staff at Solutions Day Spa. According to Mitchell, the employee at the front desk told her that she’d have to leave Ella in the car because no pets were allowed in the salon. “She could see her, and I was like, ‘She’s a service dog. Here’s her vest,’ she said in an interview with WTHR. “‘I can give you any documentation you need, even though she’s not required to have any.'” None of that was good enough. Mitchell says that the staffer just told her, “‘No. She’s a dog. She needs to go right out in the car.'”

Co-owner Holly Ireland claims that the entire thing was a misunderstanding, and that the woman at the front desk didn’t realize that Ella was a service dog. To Mitchell, that explanation is ludicrous. “Unless I had a bright flashing neon sign above her, I think that would have been the only way I could have made it any clearer,” she said. 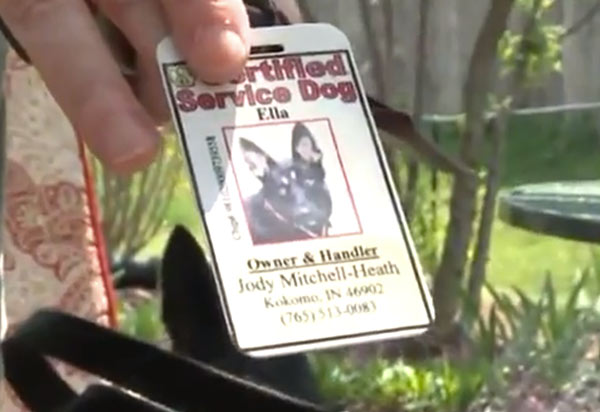 The law with regard to service dogs in public spaces is explicit and clear: According to the Americans With Disabilities Act, a service dog should be allowed into any business or other facility open to the public. Unless it interferes with their work in some way, they should be on a leash or harness.

And yet, stories like this keep happening. For some reason, businesses aren’t clear about the rights of disabled people and service dogs. 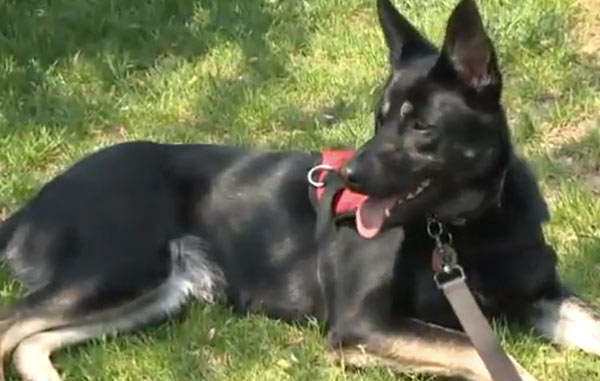 Ella in her vest. (Screenshot: Fox59)

In part, this is because there’s scores of people who exploit the idea of service dogs by buying fake patches and vests to pass their own pets off as service animals. It’s a big problem, and it seems to be getting worse. But it can’t account for all the ignorance about service animals, or the number of stories like Mitchell’s that keep cropping up in the news. Business owners need to educate themselves about the rights of the disabled; not only does this kind of behavior make you look bad in the press, it’s blatantly illegal.

Via WTHR and Fox59