Next on The Scoop: Watch Fritz the Golden Retriever Fail Gloriously at Catching Food

Humane Society International worked with the farmer to shutter his gruesome, 20-year operation and to transition into produce farming.

Humane Society International has prevented another group of dogs from becoming dinner in South Korea. Rescued last week from a dog farm outside of Seoul, 57 dogs and puppies — including Beagles, Poodles, Korean Jindos, and Japanese Tosas — are now safe and sound in several of HSI’s emergency partner shelters in the Bay Area in Northern California. 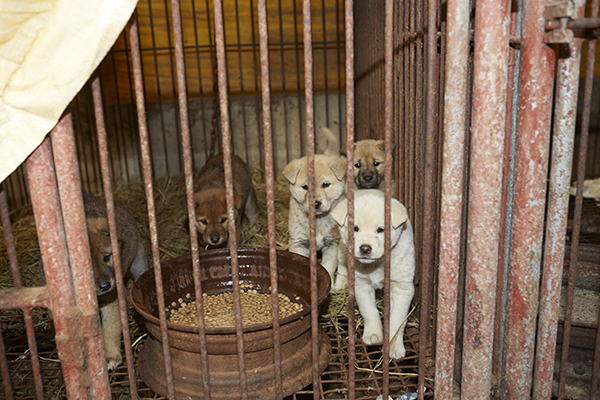 Instead of living short, miserable lives in squalid conditions, simply waiting to be butchered for their meat, these fortunate pooches are now getting medical treatment, care, and rehabilitation at the San Francisco SPCA, East Bay SPCA, Marin Humane Society, and Sacramento SPCA. Once they have been evaluated and cleared for adoption, these deserving dogs will be placed in permanent, loving homes within the region, according to HSI representatives. 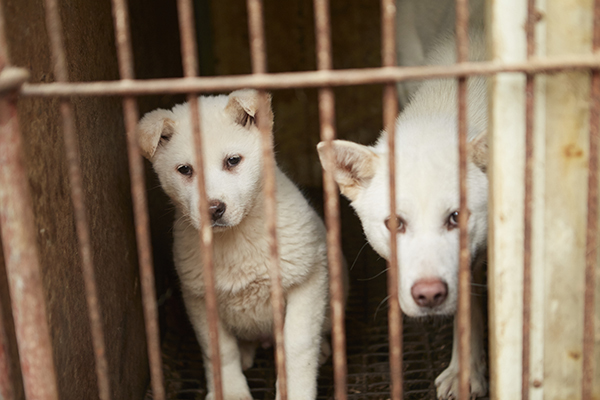 “These lucky dogs will live the rest of their lives as valued and treasured members of a forever family in the U.S.,” says Adam Parascandola, HSI director of animal protection and crisis response. “These amazing animals are full of character and will make loving and loyal companions. But millions more dogs back in South Korea will die for [their] meat, so our work will continue to shut down more farms and call for an end to this cruel trade. With the Winter Olympics coming to Pyeongchang in 2018, we have a clear opportunity to end the dog meat trade as the world focuses on South Korea.” 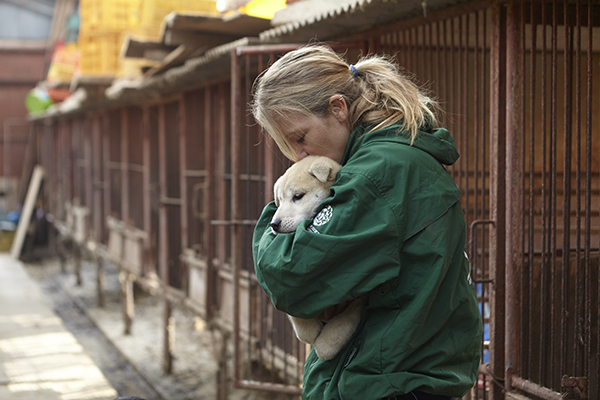 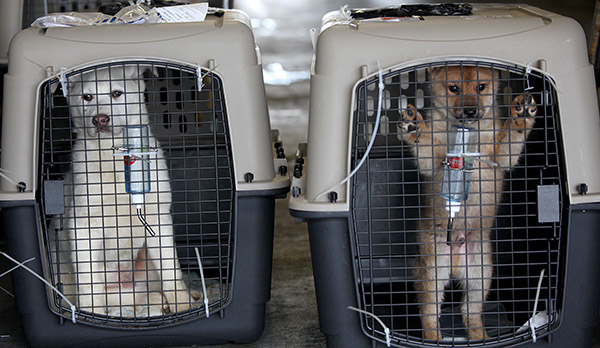 As part of a new campaign to stop the trade, HSI worked with the dog farmer to shutter his gruesome, 20-year operation and to transition into produce farming. The agreement required him to relinquish all 57 dogs to HSI, and the organization will track his progress to ensure continued compliance. The farmer also agreed to act as a spokesperson against the South Korean dog meat trade as well as connect HSI with other dog meat farmers interested in transitioning to more compassionate livelihoods.

South Korea is the only Asian country that primarily supplies its dog meat trade with animals raised in dog farms, cruel and filthy operations that would rival our country’s most inhumane puppy mills. In other dog-eating nations, including Vietnam, Cambodia, Laos, Indonesia, and parts of China, dog meat traders and traffickers typically rely on sourcing stray, lost, or stolen dogs for the industry. These unfortunate animals are then electrocuted, hanged, bludgeoned, or boiled to death prior to being butchered. 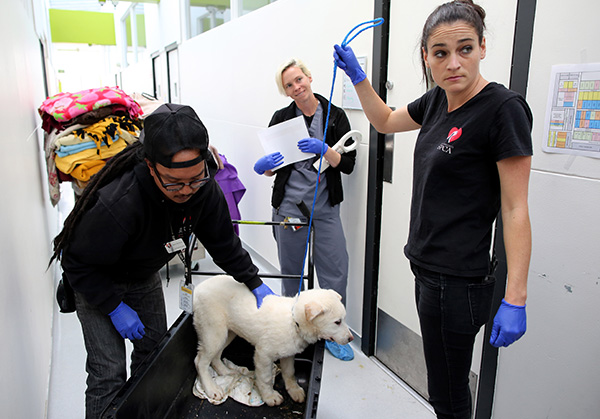 In a country that houses thousands of dog farms and consumes almost two million dogs per year, HSI’s anti-dog meat campaign couldn’t come soon enough in South Korea. In fact, this is the second dog rescue and farm conversion HSI has orchestrated this year. Last January, HSI rescued 23 dogs from a smaller operation north of Seoul and helped the farmer transition to blueberry farming. All of those dogs are now enjoying life as family pets or are undergoing rehabilitation with HSI’s emergency partner shelters in the Washington D.C. area.

Going forward, HSI plans to continue reaching out and working with other dog farmers who want to get out of the trade permanently and transition into the more humane crop growing. 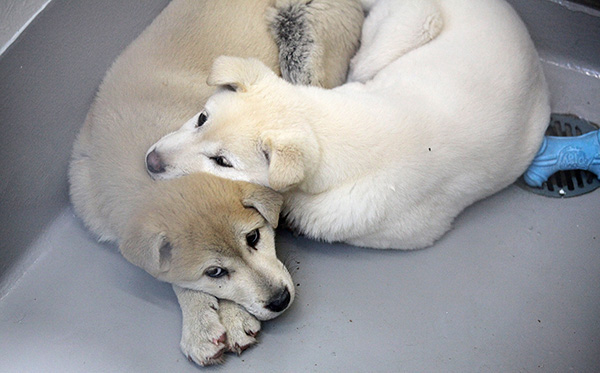 With an increasing international movement against the dog meat trade and a growing distaste inside the country for dog meat, pressure has been rising on the South Korean government to do more about the illegal, unregulated trade and its barbaric cruelties. And with the 2018 Winter Olympics in Pyeongchang on the horizon, HSI sees a great opportunity to not only keep that pressure rising but to also help change attitudes about the raising, eating, and caring of dogs in South Korea.

For more about this wonderful rescue, check out HSI’s video:

Read more about the dog meat trade on Dogster:

About the author: Lisa Plummer Savas is a freelance writer, journalist, devoted dog mom, and animal activist. In an effort to help make the world a more compassionate place for non-human species, she is especially focused on using her writing to spread awareness about controversial animal welfare issues, including the dog and cat meat trade in Asia and Africa. She lives in Atlanta with two spoiled German Shepherds, one very entitled Pug, and a very patient, understanding husband. Read more of her work.