Next on The Scoop: 10 Unique Holiday Gifts for Dog Lovers on Etsy

Why Your Dog Makes Such a Mess Drinking Water

Science took a look at the mess on your floor and decided to figure out why dogs have such a drinking problem.

Ever since we read that study about how cats drink — “elegant,” researchers called it, whereby just the tip of the tongue touches the surface and draws a column of water up to the cat’s mouth like a conductor drawing the flutist up in Flight of the Bumblebee — we’ve been waiting for the other shoe to drop.

It has, and it was a boot. Dogs drink way sloppier than cats. Way sloppier. They’re horrible, basically. According to scientists at Virginia Tech and Purdue University, dogs “smash” their tongues against water — they actually used that word, “smash” — to create inelegant water columns, with lots of byproduct splish, sploosh, and splashing all around. 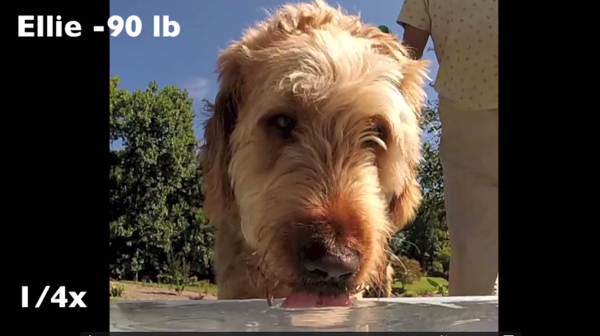 “When we started this project, we thought that dogs drink similarly to cats,” said Sunny Jung, an assistant professor at Virginia Tech. “But it turns out that it’s different because dogs smash their tongues on the water surface — they make lots of splashing — but a cat never does that.”

The research found that a dog, upon wanting a sip of water, will bash his tongue into the water, slapping a large part of it down, then rapidly drawing it up and creating a force up to eight times that of gravity. Cats, on the other hand, gently touch the water with just the tip of the tongue and create a force of just twice that of gravity. 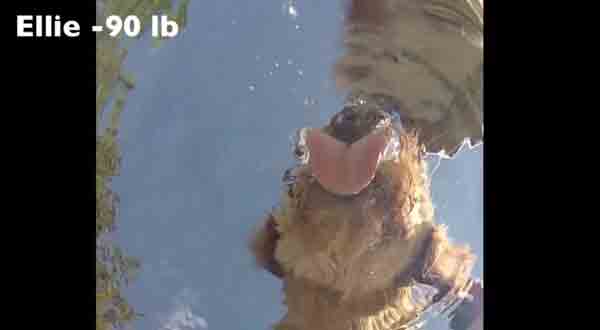 Also, “the volume of water a dog’s tongue can move increases exponentially with body size,” meaning … christ, look at all this water on the ground!

According to the press release, Jung’s “research focuses include biofluid mechanics and the nonlinear interactions between soft bodies and surrounding fluids,” so we’re inclined to believe him on this dog tongue stuff. In the future, he plans on moving away from pets to investigate “the diving dynamics of plunging seabirds, the skittering motion of frogs, and the response of leaves in response to high-speed raindrops.” We wish him well. 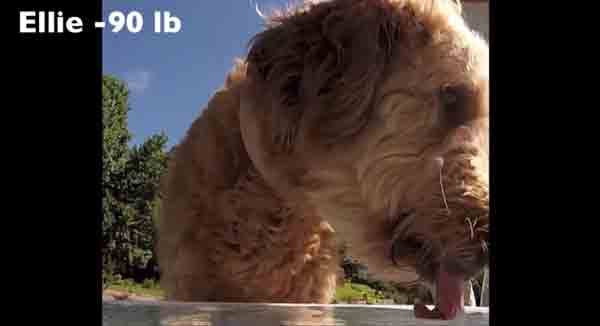 The study didn’t explain why dogs drink differently than cats, but it may have something to do with the fact that dogs have better things to do than sit around all day gently sipping a cup of water and then sleeping for 12 hours.