Next on The Scoop: A Guide for Introducing Dogs to Puppies
Dug Up at Dogster 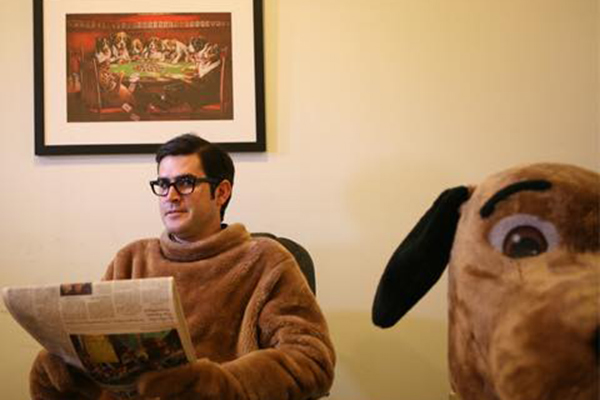 Dug Up at Dogster: Honoring Ted Rheingold and Betty Liddick

The Catster and Dogster family recently lost two very important members. Here, we remember the important contributions they have made.

The Dogster and Catster brands have a very long history. Cat Fancy and Dog Fancy magazines, which have been around for 50 years, were merged with the Dogster.com and Catster.com websites four years ago to become today’s Dogster and Catster magazines and websites. Many, many people along the way have worked on these brands — Cat Fancy, Dog Fancy, Catster and Dogster — and given their hearts and souls to creating a space, be it print or online, where dog lovers and cat lovers can be a community, coming together to share stories and photos about their beloved fur family members plus learn about latest care and behavior information.

One of those very important people is Ted Rheingold, who recently passed away at the young age of 47 from cancer, and we’d like to honor him here. Back in 2003, Ted co-founded an online community site for dog lovers and then cat lovers called — you guessed it — Dogster and Catster. It was groundbreaking in many ways. No surprise.

“He was a true innovator,” says my friend and former colleague Janine Kahn McCaffrey, Founding Editor of Catster and Dogster. “He started Dogster and Catster to give people what they didn’t have before: a place online to connect and talk about their pets — a place to ask health questions but also to post silly things and make friends.” She adds that this was back in 2004, and the web wasn’t as we know it today. Facebook was being born around the same time.

Now, I met Ted a few times throughout those early years. I’d been writing and editing pet content for the parent publishing company of Cat Fancy and Dog Fancy and would see him at different cat and dog events. I remember him as outgoing with a lot of energy.

Although I didn’t have the opportunity of getting to know Ted better, I did have the pleasure of getting to know the wonderful editorial team he put together, when we ended up working for the same company a few years ago at Lumina Media. (In 2011, after expanding the community site into a more editorial direction, Ted and his partner sold Catster and Dogster to Say Media, an online media company, where it could further grow and expand. Say Media later sold Catster and Dogster to Lumina Media.)

I was part of the team that merged Cat Fancy and Dog Fancy with Catster and Dogster. I would hear plenty of stories about Ted and those early days from the “Sters” editorial team: Janine, Vicky, Keith, John and Lori (and later Pam), passionate content and community professionals who adore their dogs and cats, plus are just plain truly lovely people. They would talk about Ted, so I felt in a way that I knew him. I do recall that Ted was delighted for Dogster and Catster to take print form.

After hearing of Ted’s passing, I reached out to Janine to help us honor him. As you would expect, Janine is deeply saddened but was happy to share her thoughts about Ted with the Dogster and Catster family.

“Ted was an incredible person — equal parts warm and witty — and a true visionary. I was so lucky to have him for a friend and mentor at Dogster and am completely heartbroken for his family (Molly, Mabel and Moxie). He loved the internet and social media and was always keen on building community and sharing ideas. I’ve been re-reading Season of the Witch, Ted’s cancer journal on Medium and saw that he ended his first entry thusly: ‘If you’re ever wondering what you could do for me, please just share a funny gif or picture of beauty with me.’ Though he’s no longer around to send one to, I’m sure he would have loved to know you shared one with a person you care about on his behalf.”

Let’s lift a “muttini” or “cattini” to Ted. Thank you so much for being such an integral part of the Catster and Dogster family. We will miss you.

I want to honor one more member of the family, editor Betty Liddick. I met Betty when she was the editor of Dog Fancy magazine, Dogster’s “dogfather.” Although, once again, I didn’t work closely with her as I was working on some other pet publications at the time, I do remember her as both a passionate editor and dog lover. Betty went on to become the editor of Cornell University’s DogWatch, published by Belvoir Media Group. Strangely enough, a few years after Dog Fancy merged into Dogster, Belvoir Media Group became the brands’ and my home.

I was so excited to be a colleague of Betty’s again! Unfortunately, before I had a chance to reach out, Betty passed away following a brief illness. We were all shocked.

“She had a passion for bringing solid information to her readers, believing that a pet owner’s knowledge and understanding contributed directly to the health and happiness of the animals she loved,” eulogizes my boss and Vice President of Editorial Content for Belvoir Media Group, Tim Cole, who Betty worked with a number of years. “She was a skilled professional, a constant friend and a leading light. Those of us who knew Betty will remember her with great fondness.”

I reached out to my friend and former colleague, Steven Biller, who worked on Betty’s editorial team on Dog Fancy and then took over the editorship when she left. S

teven says he was deeply saddened and shocked to hear of her passing. “She was an incredible editor and wicked funny,” he tells me. “Betty had a passion for words and genuinely cared about our readers and their dogs. Together, we created a bright magazine — active, positive, informative — that allowed emotion and action to burst through every story. Betty was the real deal. A total pro. I miss her.”
Betty, I can’t tell you how much we appreciate you being a part of history, our family. Both you and Ted gave so much and had passion, dedication and a genuine care for people and pets that you shared with others. It’s this history and these people that have helped make Dogster and Catster what they are today.

Thank you, and we honor both of you. Rest in peace, Ted Rheingold and Betty Liddick.

Stay tuned for more from Executive Editor Melissa Kauffman on Dogster.com’s Dug Up at Dogster column and on social media with #DogUpatDogster.

Posted in Dug Up at Dogster,

7 comments on “Dug Up at Dogster: Honoring Ted Rheingold and Betty Liddick”