Next on The Scoop: Rescue Groups Save a Soldier’s Dog

“Godfather” of Dog-Fighting Ring Sentenced to 8 Years in Prison

The sentence is four times longer than Michael Vick's -- we hope it's a sign of things to come.

In August of 2013, we told you about a shockingly large and ruthless dog-fighting ring, one of the worst we’ve ever seen. At the time — and after three years of investigations — 15 people were arrested in Alabama, Mississippi, Georgia, and Texas, and authorities confiscated drugs, firearms, and more than $500,000 associated with dog-fighting operations. Participants often bet $100,000 or more on matches, according to the Associated Press. Hundreds of dogs were confiscated from the various defendants — all told, 451 dogs were picked up. Sadly, about half died or were put down due to health problems.

“I believe if Dante were alive today and rewriting the Inferno that the lowest places in hell would be reserved for those who commit cruelty to our animals and to our children,” U.S. Attorney George Beck said at a news conference at the time. 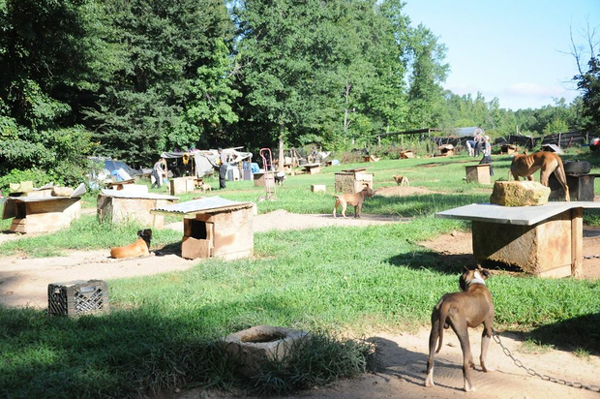 Now, more than a year later, the trials have ended, and the sentences have landed. Fortunately, we got a good one: Eight years. That’s how long 50-year-old Donnie Anderson of Auburn, Alabama, is going to spend behind bars, according to the AP. The judge dubbed him “the godfather of this conspiracy,” and it’s easy to see why: Investigators seized 126 dogs from his home alone, and more than half had to be euthanized. He held fights on his property, attracting 100 to 300 people who paid $100 to $150 each to attend. Cooperating witnesses said many of them were armed, according to the AP. 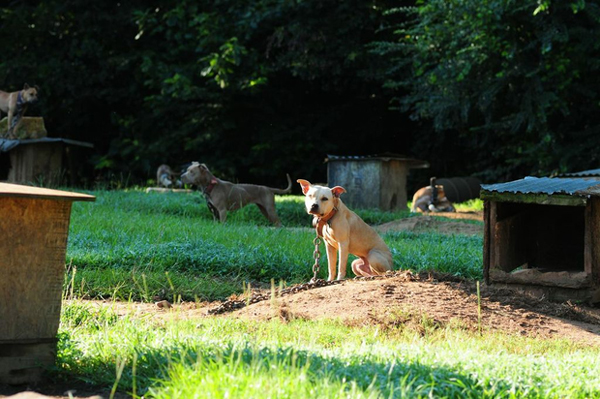 According to WTVM, as host, Anderson was responsible for killing dogs who lost fights. Living conditions were described as “horrendous,” and the 126 dogs who lived with Anderson were “scarred, emaciated, full of parasites, and heavily chained.” As we said, more than half were so sick they had to be put down.

“People have a really tough time believing and understanding the true brutality and barbarians involved in this, but I also think the public fails to understand the scope of the people,” said Tim Rickey, vice president for field investigations with the ASPCA. “This is not an isolated event in Alabama, it is happening all over the country much more frequently than people would understand.” 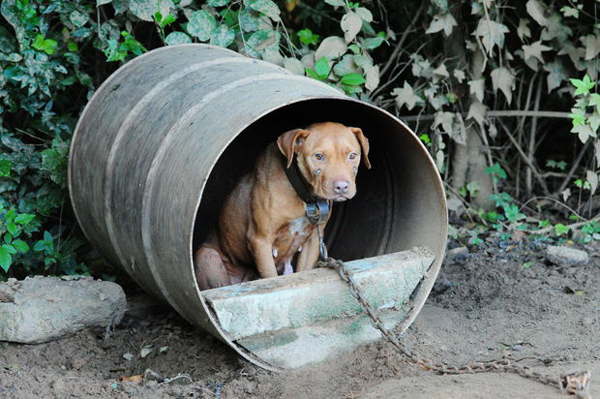 During the sentencing, the judge used six courtroom TVs to display images of the thin, abused dogs who were taken from Anderson’s property. On one, he showed a female Pit Bull who had died from her injuries in a fight. Five other people were sentenced in the case, with terms ranging from six months to five years, but the judge said Anderson “deserved longer because he pleaded guilty to more charges than anyone, had staged dog fights for many years, and had shown extraordinary cruelty to the animals,” according to the AP.

Anderson’s sentence is four times longer than Michael Vick’s. The NFL star got 23 months for dog fighting in 2007. Hopefully we can look forward to longer sentences in the future. 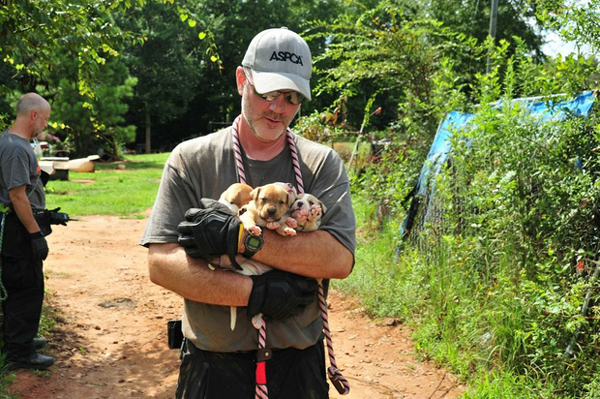 “Society is catching up to how horrific this crime is and how much other criminal activity is usually associated with dog fighting,” said Rickey.

“There are many wonderful Pit Bulls out there in the country in shelters that need loving homes,” he continued. “I ask that people not ignore them. We know this breed can bring a lot of joy to a family as long as it is in the hands of a loving and responsible owner.”

Via the AP and WTVM; photos via the ASPCA