Next on The Scoop: Does Having Pets and Not Kids Make You Lonely and Bitter?

Rosie the German Shepherd climbed into the Dodge, put it in gear, hit the gas, and went boating.

After her walk on Sunday, Rosie the three-month-old German Shepherd was so excited she jumped into her owner’s Dodge Neon, put it in gear, hit the gas, and drove into a pond in Canton, Massachusetts. 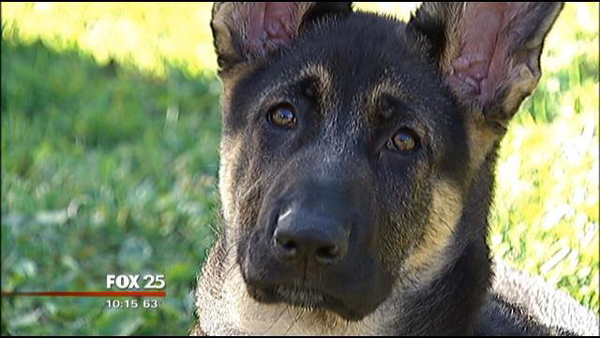 Of course, Rosie didn’t mean to drive the car into the pond. She was just happy that Sunday morning, and like happy dogs do, she jumped into her owner’s car all wiggly and wobbly, bashing into important stuff like the gear shift, which she engaged, and the gas pedal, which she depressed.

As Costello explained to MyFoxBoston.com, “The dog jumped in and hit the gear shift and the car jerked and she fell on top of the gas pedal.” 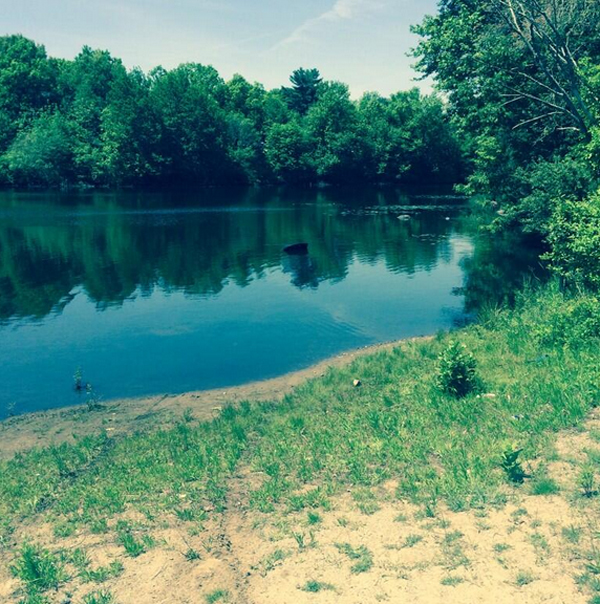 Once they were in the pond, 30 feet from shore, panic ensued. Rosie figured the best place for her was the back seat, so she scrambled back there. It wasn’t the best move, because the car was sinking. This was turning into a morning of bad choices for Rosie.

Fortunately, a man on the shore, Eric Hermann, watching the scene and shaking his head, rushed into the water to help. Another man was with them. The three of them worked together to free Rosie.

“It was about 30 feet out, the car,” Hermann told MyFoxBoston.com. “The puppy was scared and ran to the back seat. The front door was open, [we were] trying to get [her] out the front door, coax [her].”

“I just leaped in and grabbed the dog and pulled her out and we both fell back into the water,” said Costello.

“By the time we got the puppy out, the car had slid and we had to do a little swimming,” said Hermann. 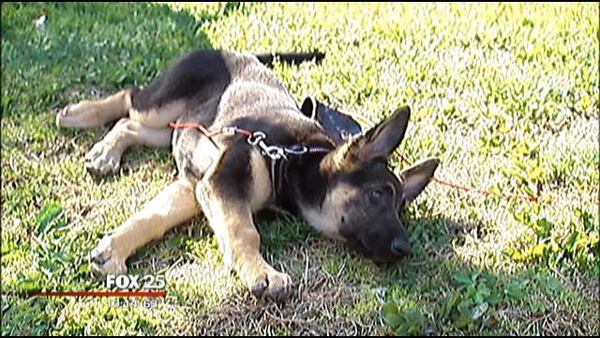 By and by, the law turned up, in the form of Officer Robert Quick. We imagine him pushing his hat back and scratching his forehead.

“I’ve never heard of a puppy driving a car into a pond,” he told MyFoxBoston.com.

Fortunately, everyone was okay, except the Neon, which was a total loss. After Officer Quick dealt with the cleanup, inspiration struck. He whipped out his phone and tweeted, “The perp says he was just going with the flow of traffic.” 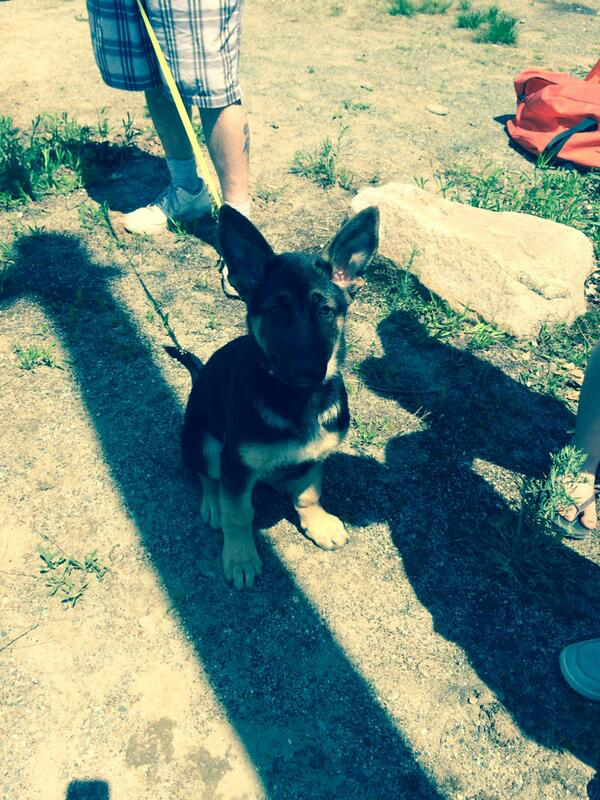