Next on The Scoop: Why Are Responsible Pit Bull Breeders So Hard to Find?

Do not fear: Lady is still with Sansa. That's one sad death on the show you can pretend never happened.

To be honest, we haven’t been watching Game of Thrones, but we certainly have noticed how everybody gets incredibly angry every so often at author George R.R. Martin, who seems to kill off his main characters willy-nilly. One of the first deaths to outrage fans happened way back in 2011, at the end of the second episode, with the death of a dog.

Sorry, a direwolf — Sansa Stark’s direwolf, Lady, who was killed by another main character who wouldn’t last very long himself, Eddard Stark. Then, the show killed off direwolfs entirely, replacing them with CGI versions and sending all the real-life actor dogs — Northern Inuit Dogs, to be precise — home.

Fans were shocked. How could the show take Lady away from Sansa? How could Martin do such a thing? (Which the writer must have found hilarious, given what he was up to with the Red Wedding.) (We haven’t been watching the show but we have been reading the books.) 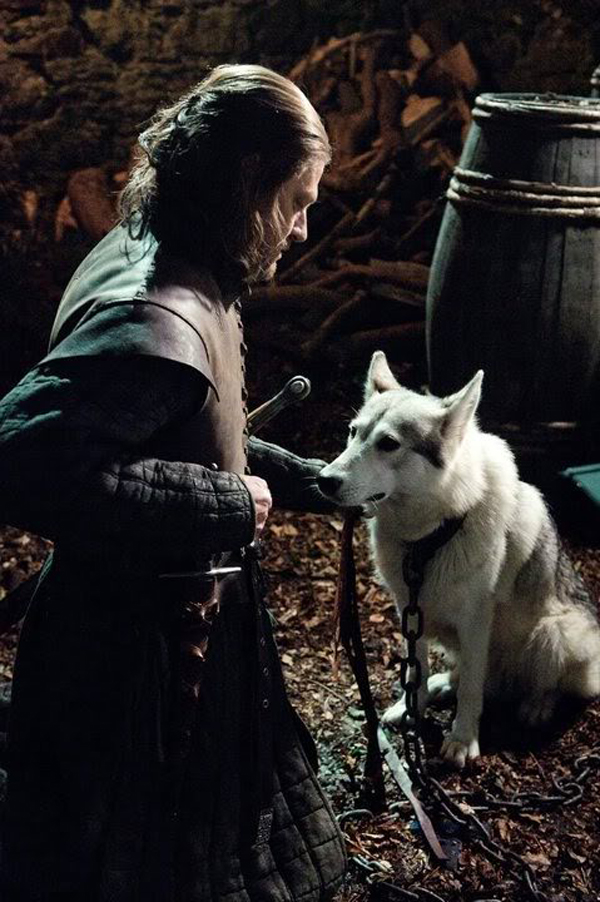 But do not fear: Real life has arrived to make it all better. Lady never left Sansa. Lady is in fact with Sansa all the time, enjoying quiet English days in the countryside.

According to the Coventry Telegraph, the woman who plays Sansa, Sophie Turner, adopted the dog who plays Lady, Zunni, who needed a good place to live after the show. The Northern Inuit dog lives with Turner and her mom and dad (she still lives at home!) at their home near Leamington Spa.

“Growing up I always wanted a dog, but my parents never wanted one. We kind of fell in love with my character’s direwolf, Lady, on set,” she said. “We knew Lady died and they wanted to rehome her. My mum persuaded them to let us adopt her.” 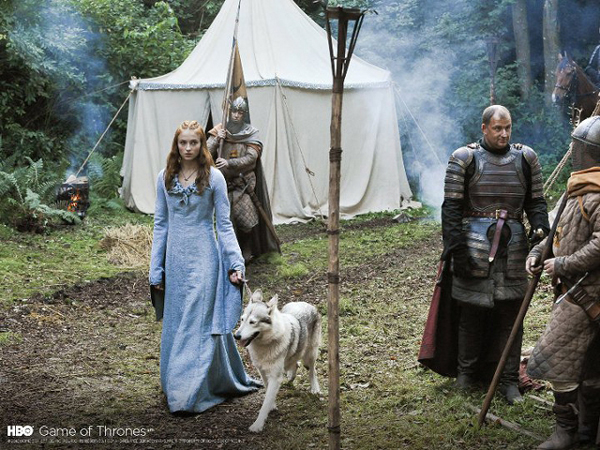 Zunni came from the breeder Mahlek Northern Inuit Dogs, along with her grandson Indie, who played one of the cubs on the show.

According to the breeder, the Northern Inuit Dog is “totally non-aggressive,” and has gotten a bad rap for being a “wolfy” breed, which it says is unfounded on the site.

“So, the question still remains, ‘Is there any wolf content in the N.I.?'” the breeder writes. “This is a question many people ask, and the truthful answer is, it really is impossible to say. If there is, it is so far back that it would have been diluted to almost zero percent.”

Via the Daily News

Posted in Dogs on TV,