Next on The Scoop: This Japanese Golden Retriever Shows Off Her Table Manners

Watch “The Pugs of Westeros” and Be Slain by the Cuteness

This funny dog video raises the standard for "Game of Thrones" animal tributes.

Wow, that was close. We were about to cede Game of Thrones to the cats, based on all the fine work cat lovers have done in the GoT arena, when this came along. Screw you, cats! Dogs will handling GoT duties from now on, thank you kindly. Go back to your LOL or whatever the Internet is always going on about. 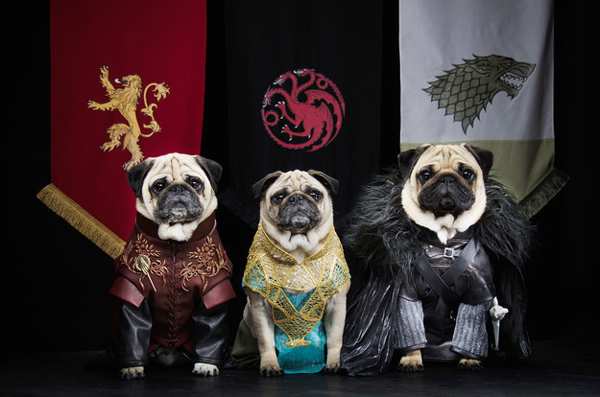 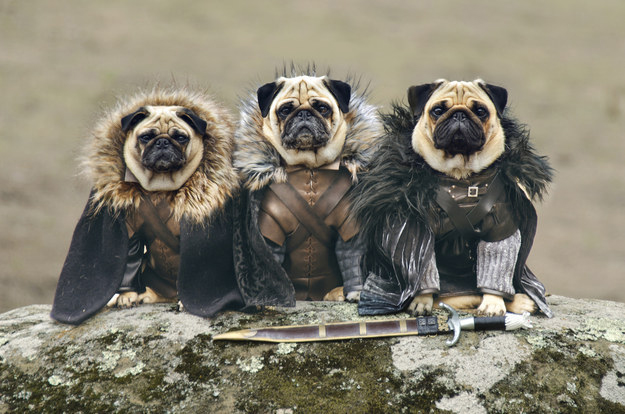 And so it came to pass, this video, featuring all your main characters, those young and old, those dead and alive, those we haven’t even heard of (we’re a bit behind), played morosely, broodily, majestically, by Pugs, outfitted in the most thorough costumes outside of a HBO wardrobe closet.

Watch the “Pugs of Westeros”:

This grand adventure stars the Lauers’ Pugs, Roxy, Blue and Bono. According to a story in Buzzfeed, they’ve been dressing up the gang as characters in cinema and TV since the dogs were puppies, and shooting them as stills.

“We have a studio set up in the garage and whenever I walk towards it they get excited,” said Philip. “They’re proper little professionals.”

“Sue is a professional photographer and designer, and she loves to take pictures of our Pugs in various scenarios,” said Philip, according to Buzzfeed. “When blinkbox set us the challenge of a Game of Thrones tribute, she just couldn’t resist.” 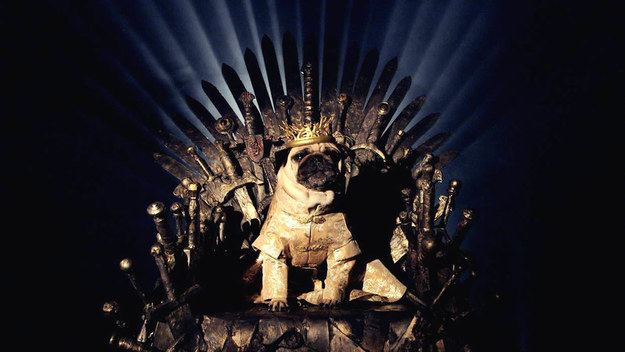 Need more? Good. Watch the making of the video: