Next on The Scoop: 5 Things I Learned When I Got My First Puppy

So We Found This Video from a Different Universe: Exercise with the Poodle People

This weird exercise video of a model working out with anthropomorphic poodles is one of the strangest we've seen -- and probably ever will.

I’m not sure whether “love” is quite the right word for this vid, but it’s certainly a memorable dog video. If there were a category for “Unsettling Vids That Can Never Be Unseen Until Your Dying Day,” then this would qualify. (Note to editor: Can we put that somewhere in the site taxonomy?) Really, what is there to say about an exercise video where the host demonstrates a workout accompanied by humanoid Poodles?

And yet, it’s only slightly more bizarre than the source material that it draws on: the fitness videos and infomercials of the 1980s and ’90s. In fact, all of the words spoken by host Mariko Takahashi come directly from the first infomercial of fitness queen Susan Powter, who ruled late-night cable in the early and mid-1990s with her cries to “Stop the insanity!” (i.e., dieting.) 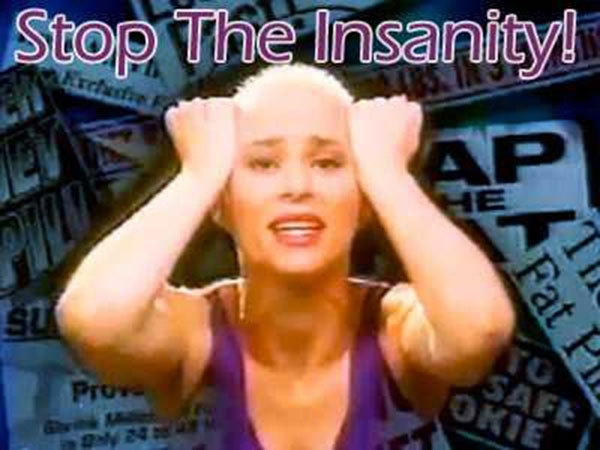 The video’s actual name is “Mariko Takahashi’s Fitness Video for Being Appraised as an ‘Ex-fat Girl,'” and it was directed by the late Nagi Noda and released to the web in 2004 as part of a promotion linked to the Summer Olympics. Since then it has wandered around the Internet, often known as “Poodle Fitness” or “Doggy Fitness.” You may notice that the heads of the dogs aren’t masks; actual poodle heads were superimposed on the actors in post-production. 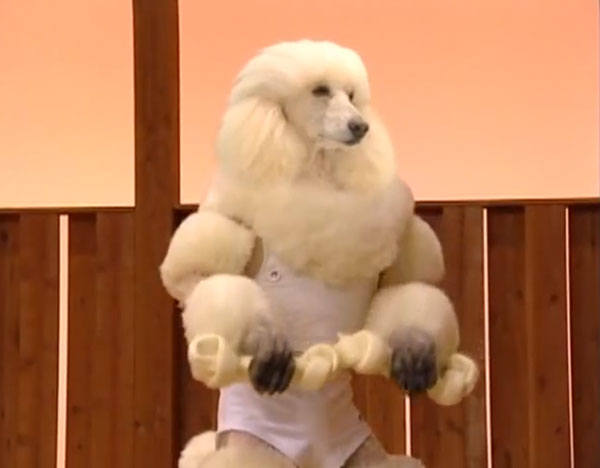 The strangest part isn’t the dogs that look like people: It’s Takahashi herself, who’s made to look like a dog. First, there’s the odd fluffs of poodle-like hair; but then there’s the fact that her arms and legs are fitted with cosmetic prostheses to give them the same profile as the fluffy pompoms of hair on a groomed Poodle. The Poodle-people are surreal, but they at least are obvious. When first watching, it took me a few moments to pinpoint the odd shape of Takahashi’s arms and legs. It started with a vague sense that something was off, and then slowly spotting her arms and making the connection between their shape and the Poodle-people. The gradual awareness is more disconcerting than the sudden reveal of the line of Poodle-people standing behind her. 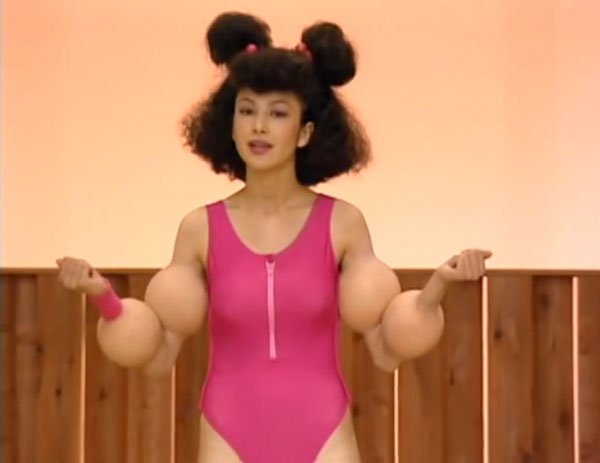 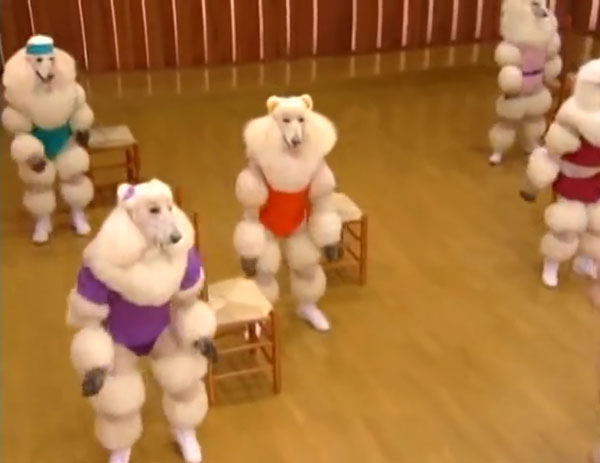 And actually, it might also be the single greatest touch of genius in the whole video. Watching Powter and her contemporaries hawk “fitness” at 3 a.m. was surreal enough, back in the day. But Takahashi’s weird body shape is a great satire on how the whole health industry — Powter’s anti-diet rhetoric notwithstanding — pressures people (especially women) to aspire to a distorted body image.

What do you think? Is this an exercise program that dog lovers could get behind? Could Poodle-shaped muscles become a thing?

Posted in Vid We Love, Offbeat,