Next on The Scoop: How Much Extreme Dog Grooming Is too Extreme?

American Eagle Outfitters announces the doggie clothing line we'd like to see, but is it real?

We were intrigued — clothes for dogs is breaking news around here. But what is this “matching” business?

I see. A fur-friendly bikini that matches his “on-trend” owner’s outfit. Hmm …. 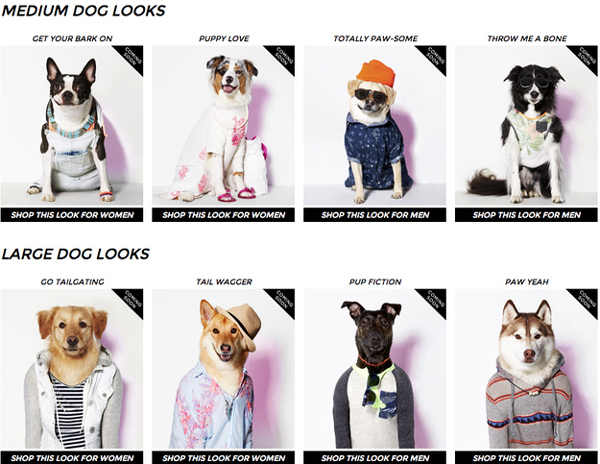 In cases like this, there is only one thing to do. You pull out your calendar, find April 1, and count back to the present day, the day when your mind is being blown by all these insane doggie outfits and doggie bikinis and giant retailers announcing they are making something called American Beagle Outfitters, launching Spring 2014. 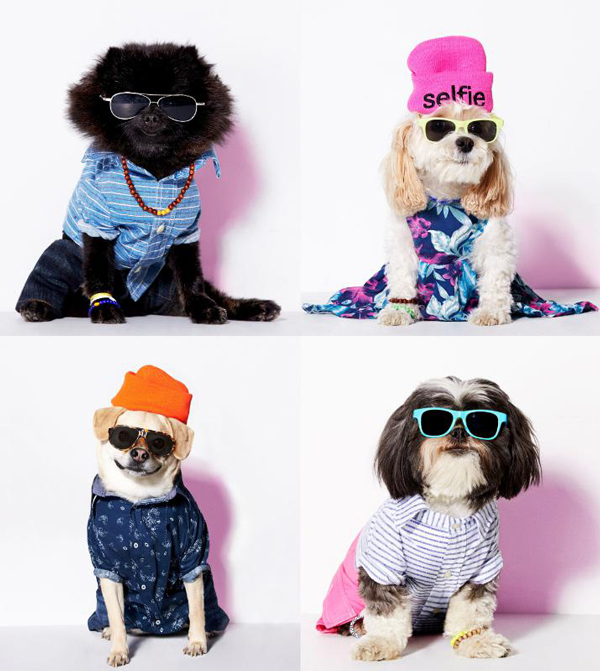 The American Eagle spokesperson wouldn’t confirm for deny it, adding that a nondisclosure agreement process would be required to talk further.

So I guess we’ll never know.

Anyhow, the documentary American Eagle Outfitters made about the new line is a brilliant, highly produced piece of doggy goodness. It runs through the creation of the line, from how the designers came up with the idea to creating the pieces in the studio to photo shoots with dogs wearing the new duds. It’s an amazing piece of work, and no way is it fake, at least not until April 1.

Posted in Dogs in Clothes,