Next on The Scoop: Miley Cyrus Stages a 60-Foot Tribute to Her Late Dog Floyd

Who Will Save Us from an Alien Attack? Loyal Shelter Dogs

Pictures posted by the Humane Society of Utah document how dogs thwarted a UFO invasion.

Who will save us from the onslaught of the flying saucers?

True, we don’t have any evidence of life on other planets, and if it’s there, we don’t even know whether extraterrestrial beings want to come to Earth and eat our brains. But my extensive viewing of old Twilight Zone and Outer Limits episodes, combined with careful study of Marvel comics from the Jack Kirby/Steve Ditko/Stan Lee era, indicates that we should at least be prepared. You don’t think the FBI will come to our rescue, do you? The X-Files is merely a naïve fantasy: In real life, Fox Mulder would be providing diagrams on the tastiest ways to prepare the medulla oblongata. 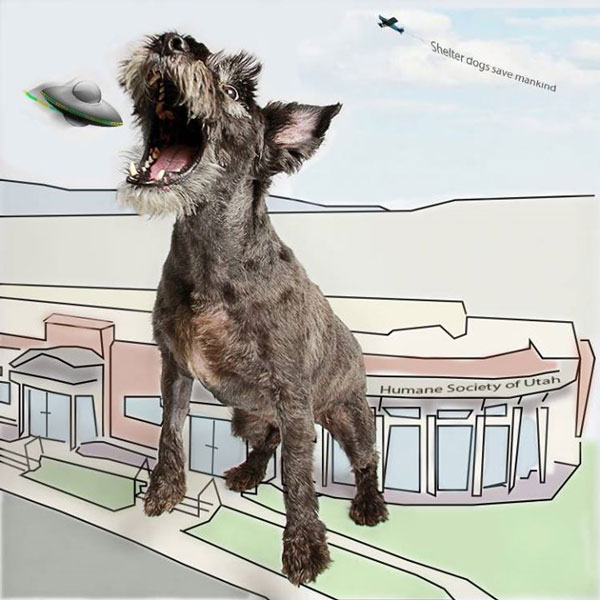 Fortunately, we have the dogs. When the aliens return to collect their wrecked craft from Area 51, and incidentally pick up some munchies for the long trip home, the dogs will be there to defend us from their extraterrestrial predations. 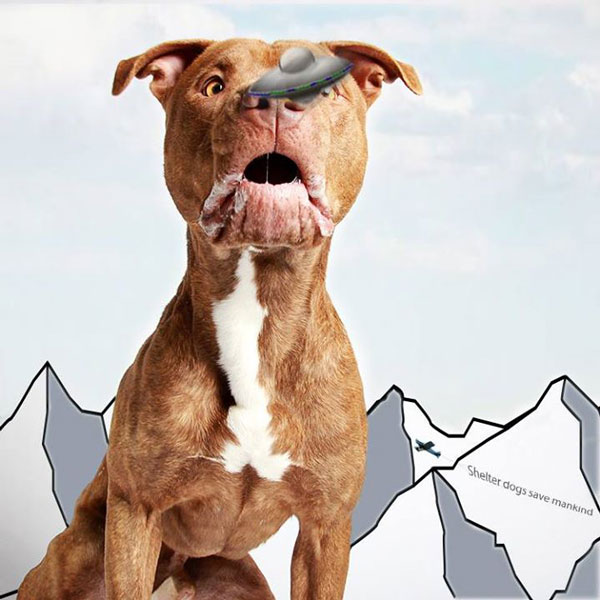 That, at least, seems to be the opinion of the Humane Society of Utah, which put up a Facebook post yesterday showing several of its shelter dogs bravely fighting off flying saucers. Asked about their courageous actions, the dogs were forthright and outspoken. Dionysus, a three-year-old Pit Bull said, “I don’t think the humans could see or hear them, but I could smell them coming from a mile away. I’ve been living on the streets until I made it to the HSU. I thought, if these aliens take over I’ll never get a home. … So I took action!” 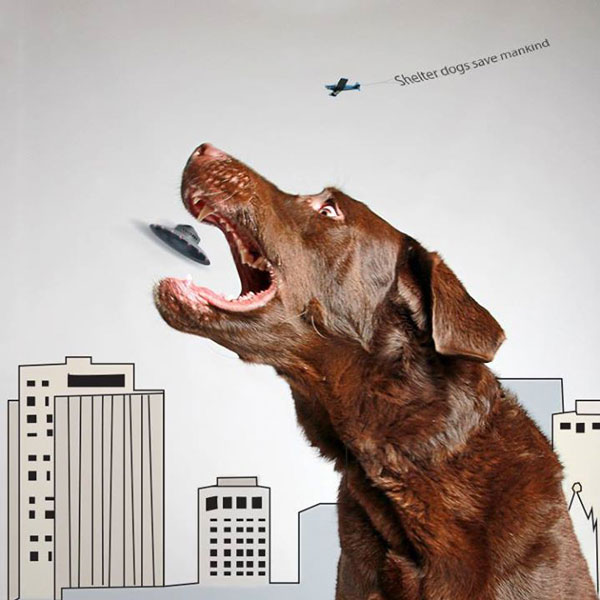 Madison, a Beagle/Lab mix who recently found his forever home, expressed similar sentiments, but also expressed open contempt for the actions of the local cats: “It was up to us dogs. … You know the cats just swatted them out of the air and would hold them down and then just let them up again?!? I don’t think they understood the threat they posed. Some were just sleeping through the attack.” 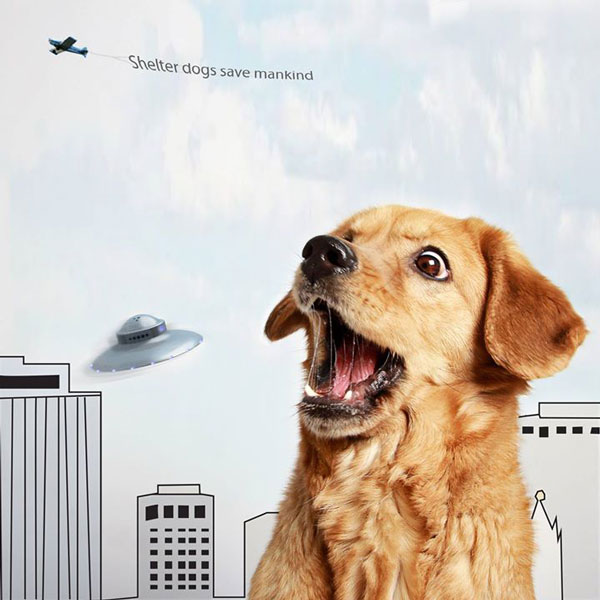 I’m sure this lot was just an exploratory force, but it should remind us of the value of adopting shelter dogs. Not only are they lovable and affectionate, but they’ll make sure that your central nervous system doesn’t wind up as the evening special at Milliways, the Restaurant at the End of the Universe. If you’re in the area, and interested in taking one of these pups home, check out the HSU’s adoption listings.

Just to be on the safe side, I recommend stocking up on high-quality aluminum foil. Contrary to popular opinion, the tin stuff is useless against alien broadcasts.